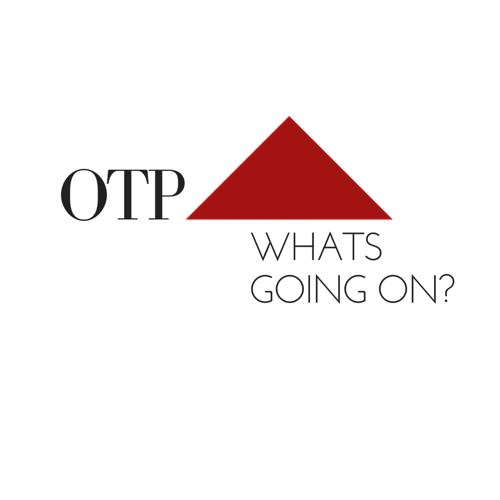 Sports is not my forte. But I love to see Black men as winners donning the covers of print media.  Congratulations to golf legend Tiger Woods on the occasion of winning the Masters, his first major golf tournament championship since 2008. Everyone including the POTUS 45, the corrupt corporations, were relegated to the media sidelines.  The Wall Street Journal cover story was titled, WOODS’S WIN IS ONE FOR THE AGES.  The NY Times cover read, “Tiger Woods in a Stirring Return to the Top, Captures the Masters at 43.” Tiger has got his mojo back and is at the top of a sport in which he was born to excel and to dominate.

Apropos of sports, Magic Johnson’s abrupt exit as LA Lakers franchise president was a surprise.   Started reading the sports pages to make some sense of his action. Theshadowleague.com, the African-American sports digital magazine, probably nailed the reason for the Johnson departure in Rob Parker’s essay, “Magic Johnson Lost A Power Struggle with the Lakers,” which means franchise owner Jeanie Buss. No star power performance by LeBron, no playoff outcome.

I hate to watch women in distress, like Somali-born, Black woman, Democratic Congresswoman Ilhan Omar, being under siege by the US President and the right-wing media.  Representative Omar, from Minnesota, addressed the Council on American Islamic Relations last month, lamenting Muslim-Americans’ loss of civil rights since the 9/11/01 World Trade Center tragedy.   Trump and company got wind of her CAIR talk, lifted and distorted her remarks, lifted some out of context for a video spliced with visuals which claims that Omar trivialized 9/11, which he published on his Twitter account. Threats to Omar’s life has been nonstop since the Trump Tweet. When will the POTUS 45 nightmare end?  The necessity for the Black press is greater than it has been since the 60s.  Donations to Ms. Omar’s campaign since the Trump Tweet last weekend have topped $900,000.

BRONX:  Bronx City Councilman Ruben Diaz, Sr. announced that he will run for Congress to replace Congressman Jose Serrano, who is leaving for health reasons. Councilman Diaz is also a man of the cloth who is blatantly homophobic.  If he wins, the Bronx becomes the “borough of firebrand representatives:” (AOC) Alexandria Ocasio-Cortez and her polar opposite, Diaz, Sr.  His son, Ruben Diaz, Jr., would like to become New York’s next mayor.

Morehouse College, the nation’s only institution of higher learning for Black men, will accept transgendered students in 2020. However, students who identify as women but were born male, cannot enroll. Founded in 1867, Morehouse is not the first HBCU to adopt a transgender policy. Howard, Spelman, Tuskegee, FAMU and Morgan State have transgendered students.

Geoffrey Eaton was recently named Director of Community Affairs and Diversity at Touro College of Osteopathic Medicine and Touro College of Pharmacy in Harlem.  Eaton was Congressman Charlie Rangel’s Chief of Staff concurrent with his 10-year tenure as the President of the NAACP Mid-Manhattan Branch.

After four months of relentless demonstrations, the Sudanese military ousted autocrat President Omar al-Bashir, ending his 30-year reign of terror of what became oil-rich land.  He invited the Russians to help support his regime, as is their custom with autocrats and leaders of failed states, advising if they complied that it was to be Russia’s gateway to Africa.

The Russians complied, bolstered his regime, got mining rights. The Russians are all over Africa, in the South currying favor with old friends in places like Angola. Russia sends troops to suppress local uprisings. Unlike the Chinese, they are not investing in infrastructure. Unlike the Americans, they have not spent millions of dollars in humanitarian and foreign aid. In fact, the Trump Administration has cut aid to Russia-friendly African nations.

The 2019 Pulitzers:  The Pulitzers are annual awards for excellence in American journalism, in newspaper, magazine, digital, literature and music composition.   The following lists 2019 Pulitzer winners who are Black journalists or who wrote exceptional works about African-Americans.    They include: Editorial writing, Brent Staples, NY Times; History, “Frederick Douglass: Prophet of Freedom” by David Blight; Biography: “The New Negro: The Life of Alain Locke” by Jeffrey C. Stewart; and Drama, “Fairview” by Jackie Sibblies Drury.

Aretha Franklin wins posthumous Pulitzer Prize, a special citation for her contributions to art and culture. She is the first individual woman named in this category. Others who won special citations are John Coltrane, Duke Ellington, Thelonious Monk and Scott Joplin. …….    WHAT’S GOING ON was remiss in not acknowledging the 2018 Pulitzer Prize winner for music, Kendrick Lamar, which was a first for a HIP-HOP artist.

THEATER:  The Billie Holiday Theatre presents, “A WALK INTO SLAVERY GRAPHICS,” a multimedia mediation about reconnecting with ancestors and with purpose at 1368 Fulton Street, Brooklyn, from April 30 to May 4.    “A Walk into Slavery: An Oral History of the Present” by Hollis King with poetry by Carl Hancock Rux, was conceived and directed by Indira Etwaroo.   Attend “A WALK INTO SLAVERY GRAPHICS” world premiere on May 3.

Everybody’s magazine presents Jamaican actor/comedian Oliver Samuels with his motley crew of Jamaican film and theater actors coming to the northeast coast next month with a new comedy, “56 EAST AVENUE,” which is set in a Kingston tenement yard. Playdates: 5/18 at Wingate Campus, Brooklyn COLLEGE; May 24 at York College, Queens; 5/24, East Orange, NJ; 5/25 and 5/26 at Lehman College, Bronx.

Woodie King’s New Federal Theatre, in association with the BMCC Tribeca PAC, presents HATITUDES 2019, “A Tribute to the Grace and Style of our Mothers,” on Sunday, May 5 at 3 pm, at the BMCC, located at 199 Chambers Street, Manhattan.  HATITUDES is an event in three parts – A Hat Parade featuring the artistry of local milliners; A Tribute to our Mothers by celebrated writers France-Luce Besno, Leah Maddrie, Fern Metcalf, Sandra Daley Sharif, Joyce Sylvester, Judy Tate, Regina Taylor and Cori Thomas; and culminating with an award presentation and raffle. Women and men are encouraged to come and strut their millinery stuff at HATITUDES 2019.  [Visit: newfederaltheatre.com or tribecapac.org]

A Harlem-based branding consultant, Victoria Horsford can be reached at Victoria.horsford@gmail.com.

A Funeral as a Celebration of a Life Well-Lived