A Funeral as a Celebration of a Life Well-Lived
Advertisement 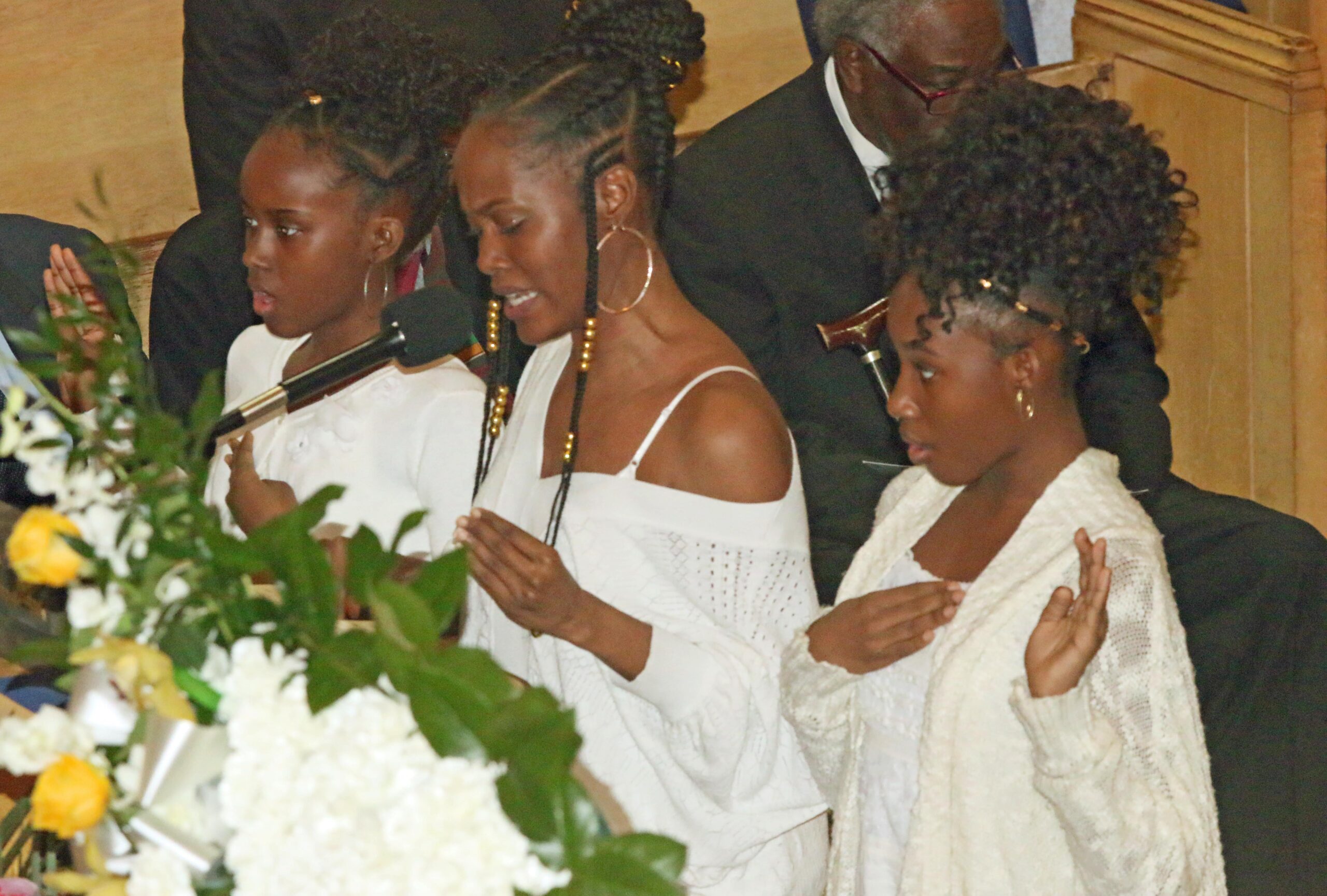 If a person’s life is measured by the works he or she leaves behind, then the life of Stanley Kinard, founder of the Carter G. Woodson Cultural Literacy Project, was revealed to be one that will ripple through generations in the effect he had on thousands of students and those charged with guiding them in life.

At his funeral at Bethany Baptist Church on Monday, students, friends and community leaders spoke of Stanley and the impact he had on them.  Principals at the Boys and Girls High School campus all told of being instructed by Stanley when they arrived.  And it is well to remember that Stan had no Department of Education-derived authority; rather, he carried a moral authority which spoke to the spirit and placed him, in many ways, above the DOE.

Principal Tabari Bomani of the Nelson Mandela High School said he had heard about Stan years before he met him.  “Brothers always told me about this brother, Stan Kinard.  The first time I met him was my second day as principal.  He told me, ‘Don’t come in here trying to break up Boys & Girls High School.  Don’t be a tool of the White man.’” After speaking with Kinard, Bomani said he knew he had been given a charge and a choice. He was told he wasn’t to be just a principal, he had to be an African principal. “Either I could be a principal, or I can be an African principal…and serve my people.”

Grecian Harris-Walker, principal at Boys and Girls said, “You cannot walk into Boys and Girls H. S.  without feeling his spirit.  You feel Baba Kinard.  It is because of him that we have a campus, we have the resources and the schools all work together for the community.  He poured into us the important work we had to do.  He sat me down and he not only pointed that finger at me, but he made me promise that I was not trying to change the DBN, I was not going in there to do the DOE’s bidding.  That I was going to ensure that Boys and Girls High School would remain and that we would indeed remain the ‘Pride and Joy of Bed-Stuy.’”

Everyone at “The High” worked with Stan on his mission to bring cultural awareness to young people.  Not only the principals, but Stan’s longtime friend Umar Jordan testified that Stan had sent much love to Donny the custodian, who had used his skills and understanding of the system so that Carter G. Woodson would have a home in the school.

The reason everyone answered Stanley’s call was because it was never about him, always about others.

“Selfless” was the way City Council member Inez Barron described him and that is exactly the word I would use for Stan Kinard.  Whenever he called Our Time Press, it was never about what he was doing.  Never anything promoting himself.  Always about the students, enrollment numbers and the word that had to be gotten out about what was happening at the school. It was always about the education of the young people.  That was the most important thing to Stan.

A former student of Stan, Asante Amin, spoke for many when she said, “Every time I saw him, he poured life into me. We don’t know what the results of his work will be, but his legacy will extend for generations to come.”