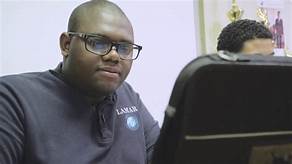 Still dumbfounded by erstwhile NYS Attorney General Eric Schneiderman, whom everyone thought would cruise into a third term and probably one day become governor.  The physical assault stories were hard to stomach but when I read that he called his Asian-American girlfriend “my brown slave,” I was appalled. Everyone wants his job, NYC Public Advocate Letitia James, NYS Lt. Gov. Kathy Hochul, Cuomo counsel Alphonso David and Rep. Kathleen Rice. Wonder if Joseph Holland will toss his hat into the GOP primary ring.

The New York African Film Festival at the Film Society of Lincoln Center, co-presented by FSLC and the African Film Festival, celebrates its 25th edition, which includes 75 films from 25 nations across the African Diaspora. Festival opens on May 16 with BORDERS, a feature film about 4 African businesswomen traveling from a few African borders.   The NY Film Festival is housed at Lincoln Center from May 16-22, then to BAM in Brooklyn from May 24-28, and wraps up at the Maysles Center in Harlem from June 7-10.   Sierra Leone-born Mahen Bonetti is the NYAFF founder and AFF executive director and Africa’s perennial cultural ambassador. [Visit africanfilmny.org for a full schedule]

If time permits, read Ta-Nehesi Coates’ Atlantic magazine essay, “I’m Not Black. I’m Kanye.” It is a provocative, insightful read – a psychological profile of an American Black male superstar and compares West to Michael Jackson in many ways.    Coates adds: “West is ‘A god in this time,’ awakened recently from a long public slumber to embrace Donald Trump.”

Zora Neale Hurston, the anthropologist, interviewed Kossola, a man born in Benin who was enslaved as a teenager and brought to Alabama, USA on the schooner Clotida in 1860, long after the slave trade was banned in America. An eyewitness to history, Kossola lived through his early years in Africa, was enslaved, then freed five years later. This eyewitness to slave trade history spoke candidly about his experience, his inability to raise enough money to return to Africa and how he and other Africans on the Clotida co-founded Africatown, a Black settlement near Mobile.  The Hurston/ Kossola interviews ran from 1927-1931. The result is a poignant memoir/history of an African who became an enslaved African and later a Black American free man, a work of no interest to book publishers at that time.  Recently acquired and published by the Harper Collins imprint Amistad, the Kossola interviews are a memoir “BARRACOON: The Story of the Last Black Cargo,” which includes a foreword by Alice Walker. It seems like a major work, getting coverage and favorable commentaries in major mainstream newspapers and magazines.

The Schomburg Center presents an evening of film, THE GOSPEL ACCORDING TO ANDRE, and a conversation with Andre Leon Talley on May 22 from 6:30-9 pm.     The Talley biopix documents his beginnings in Jim Crow NC and follows his rise to fame as one of the world’s most influential fashion and style curators.

Congrats to Jasmine Harrison of Greensboro, NC. The high school senior was accepted by 113 colleges and offered about $4.5 million in merit-based scholarships. Harrison decided on Bennett College, an all-girls HBCU (Historically Black College and University). She graduated with a 4.0 GPA. She wants to be a registered nurse in a neonatal intensive care unit.

Congrats to Michael Brown, Texas high school senior who applied to and was accepted by 20 elite American colleges.     Brown has a 4.68 GPA, PSAT score of 1540 out of 1600 and 34 of the ACT. His dream school was Stanford, which was the first to reply. He was accepted by Yale, Princeton, Harvard, Georgetown and Northwestern. Brown wants to major in political science, attend law school, then become a public defender.

Chadwick Boseman, BLACK PANTHER film superhero, delivered a stirring and inspirational commencement address at Howard University, his alma mater, on May 12. One of the busiest men in Hollywood, Chadwick Boseman has been the leading man in biopix about Jackie Robinson, James Brown and Thurgood Marshall.

Professor/scholar Herb Boyd, author of the highly acclaimed book BLACK DETROIT, “A People’s History of Self-Determination,” will be one of the recipients of the prestigious James Aronson Awards for Social Justice Journalism, which will be held at Hunter College on May 21 at 6:30 pm.

RIP: Retiree Orville Antonio Saunders, 75, died on April 25. He was born in St. Ann’s Parish in Jamaica, West Indies in the Caribbean where he met and married Jonah Elizabeth before they relocated to Brooklyn, New York.   They had four children. He earned a degree in chemical engineering, spending most of his professional life at Akzo Nobel Chemical in Dobbs Ferry, where he worked for 30 years.   A gifted mathematician, he loved solving logic puzzles and was a voracious reader of books about the solar system, physics and Shakespeare. The widowed Saunders is survived by his children Christopher, Christine, Rashida and Ryan, and grandson Elijah Christopher.

RIP: Rev. Dr. James H. Cone, 79, passed away on April 28 in New York. Professor, author, minister who was one of the co-founders/developers of Black Liberation Theology, an idea whose time had come in the 60s and 70s.   Many in the academic community reference Cone as the “Father of Black Liberation Theology.”     His book, “Black Theology and Black Power,” is the beginners guide to Black Liberation Theology. He said, “For Black people to be free, they must first love their Blackness.”  Born in Fordyce, Arkansas in 1939, he was called a radical Christian and a soldier against white supremacy. He could not separate Christian theology from the conversation about the Black struggle for freedom.   Professor Cone taught at Union Theological Seminary in New York City.  His memoir, SAID THAT I WASN’T GONNA TELL NOBODY, will be published later this year.