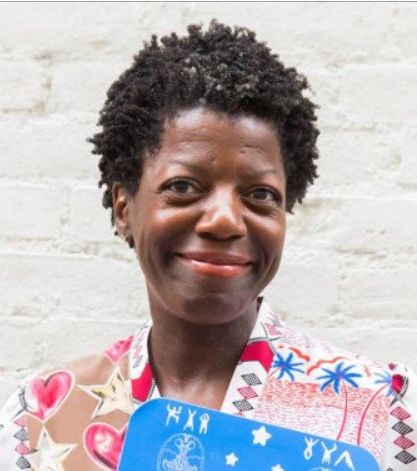 USA: This is news and American culture.  The National Memorial for Peace and Justice opened last week in Montgomery, Alabama. Dedicated to “Black victims of white supremacy, the African-American Memorial and Museum honored the names of African-Americans who were lynched/died because of racial killings between 1877 to 1950. NY Times Editorial Board writer Brent Staples observed: “It is America’s first major effort to confront the vast scope of the racial terror that ravaged the African-American community in the South.” Inspired by the Holocaust Memorial in Berlin and the Apartheid Museum in Johannesburg, the National Memorial for Peace and Justice was supported by the Equal Justice Initiative, a nonprofit with a disproportionately large number of Black lawyers. The memorial, which chronicles the lives of 4400 African-Americans–revealing names, counties and circumstances–who were lynched or killed by white supremacists, was financed by $20 million in private funds.

Americans, Black and white, are beating a path to the Montgomery Memorial to look at the trauma that attended the lives of mostly Southern Blacks during some of the darker moments of America’s past, horrendous acts which must be acknowledged. Brent Staples laments: “The new museum and memorial in Montgomery are necessary first steps for a civil rights tour of the South. They vividly illustrate the terrorism that enforced that Jim Crow regimen into the 20th century. Beyond that, they show that the devaluation of Black lives upon which slavery relied did not just evaporate, but it haunts this country still.”

President Trump invited Nigerian President Muhammadu Buhari to the White House and President Buhari accepted, and the leaders met on 4/30. He is the first sub-Saharan President to visit the Trump White House. Nigeria is one of America’s largest trading partners in the region. The two leaders held a joint press conference. Trump allowed that Nigeria gets over $1 billion a year and that Nigeria should lower its trade barriers. Trump talked about the sale of A-29 attack aircraft sold to Nigeria. Buhari, who is running for reelection despite protracted health issues, praised Trump for his handling of the US economy and for U.S. forces in Nigeria for a “training mission!” He adeptly dodged questions about Trump’s shithole remarks, saying that the best thing for him to do on that subject is to “keep quiet.”

It takes a village to save the community. Early last week, the Wadleigh HS and Middle School was this close to being closed by the NYC Department Panel for Educational Policy.     Thanks to the relentless efforts of politicos, educators and parents, the crisis is past tense and Wadleigh Middle School and HS will remain intact.

Kenneth Knuckles, 70, longtime UMEZ Development Corporation President/CEO, eyes retirement after 15 productive years. During that time, the Upper Manhattan Empowerment Zone provided $87 million in loans for real estate projects, $98 million in grants for the arts, culture and workforce from the original $249 million commitment, sourced equally by federal, state and city governments.   UMEZ has been credited for providing seed money for more than $1 billion worth of projects that have transformed Harlem and Upper Manhattan. UMEZ is one of nine locales in the USA which were designated as “urban empowerment zones” under federal legislation authored by Harlem Congressman Charlie Rangel and signed into law in 1994 by President Clinton. From the onset, UMEZ stewards have been African-American. A national executive search is in place to find Knuckles’ successor.

Harlem Stage presents E-Moves, 4 Nights of Contemporary African Choreography, on May 2-5 at the Harlem Stage Gatehouse, 150 Convent Avenue. Choreographers whose works will be featured include Lacina Coulibaly, Burkino Faso; Ousmane Wiles, Senegal; and Nora Chipaumire, Zimbabwe. Dance themes will be choreographers’ feelings about “What it means to be an African in America now.”

BRAG (Black Retail Action Group), a nonprofit organization which provides scholarships of color interested in the fashion trades, presents an evening with Constance White to celebrate the publication of her new book, “HOW TO SLAY: Inspiration from the Queens and Kings of Black Style.”   World-renowned as an arbiter of culture and style, Constance White worked alternately as publisher, editor, journalist at the NY Times, WWD, W Magazine, Elle and Essence magazines. Evening was on March 10, 6-9, at WeWork Harlem, located at 18 West 126th Street. RSVP@bragusa.org if necessary.

There is more good news for the late Nigerian author Chinua Achebe, whose novel, THINGS FALL APART, a poignant story about the real clash of civilizations between the colonized and colonizer. The book, a part of a trilogy, which includes A MAN OF THE PEOPLE and NO LONGER AT EASE, is required reading in many American HS and college literature classes. The Encyclopedia Britannica considers it one of 12 novels which are the greatest books ever written.

King Mswati announced on 4/19 that the Kingdom of Swaziland has been renamed. It reverts to its original name of the Kingdom of eSwatini, which was changed when the British arrived and colonized the country.  eSwatini is a landlocked African nation situated between South Africa and Mozambique. The name change was to celebrate the King’s 50th Birthday and the 50th Anniversary of Independence from Great Britain.

NY Times Art & Design Festival Talks presents “A Conversation with Sir David Adjaye,” O.B.E., one of the leading architects of his generation, and Studio Museum in Harlem director/curator Thelma Golden at the NYT Center, 242 West 41st Street, on May 18 at 1-2 pm. Sir Adjaye designed the National Museum of African-American History and Culture in Washington, DC, and has been commissioned to design the new and expanded home of the Studio Museum in Harlem. The new SMH breaks ground later this year.

The New York Urban League (NYUL) will host its 53rd Annual Frederick Douglass Dinner Awards at the Chelsea Piers 60 on May 15. One of the highlights of the NY spring season, the NYUL Awards gala honorees includes: Kyle Hagler, Next Management, President; Valeisha Butterfield-Jones, Global Head of Women and Black Community Engagement, Google; and Dapper Dan, Fashion Innovator. Corporate Awardee is to be determined. 2018 is the Bicentennial of Frederick Douglass’ birth.   The NYUL, a chapter of the National Urban League, focuses on delivery of services to African-Americans and other underserved ethnic communities to promote a first-class education, economic development and an equal respect of their civil rights. [Visit nyul.org]