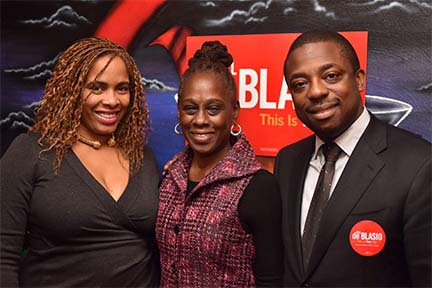 The NY Times story, THE WORLD ONCE LAUGHED AT NORTH KOREAN CYBERPOWER–NO MORE is a scary revelation about North Korea’s cyber attack program, which is scarier than the Trump Presidency. NK cyberpower can “steal millions of dollars and is wreaking global havoc”.   North Korea’s reach is planetary, in India, New Zealand, Nepal, Kenya and Mozambique.   It has the ability to steal war plans. It can stall and put a monkey wrench into international programs which ridicule or malign NK. It was responsible for hacking the Sony Pictures computer system in 2014.   It is a must-read for anyone concerned about life on Earth. If NK can do this, then there is no doubt in my mind that the Russians manipulated the 2016 United States elections.

The Trump quest to erode the Barack Obama legacy. Last week, through an executive order, Trump put the Affordable Care Act, aka Obamacare, to sleep or, at best, on life support. Days later, he says that he will pull out of the Iran nuclear agreement if Congress does not heed his appeal to toughen the accords.   The best response to foregoing Trump actions was written by NY Times writer Charles Blow in his op-ed TRUMP, CHIEFTAIN OF SPITE, which begins, “It must be cold and miserable standing in the shadow of someone greater and smarter, more loved and more admired”. Blow continues, “It must be infuriating to have risen on the wings of your derision of that person’s every decision and even his very existence and yet not to be able to measure up – in either stratagem or efficacy – when you sit where that person once sat.”

NYC is a place like no other on the planet. Our city boasts a population of   8.5 million people with an $85 billion dollar budget, larger than the GNP of many UN member nations. When there is a NYC Mayoral Debate everybody listens, for a minute, as was the case last week when NY1 TV hosted the Mayoral Debate with his two top rivals, GOP Assemblywoman Nicole Malliotakis and NYC businessman and former NYPD detective Bo Dietl, who played Donald Trump’s 2016 role during the 2016 debates: nonstop screaming, lying and comic relief.

Friends of NYC Civil Court Judge Verna Saunders will co-host a Sip and Chat fundraiser to support her candidacy for the NYS Supreme Court on October 28 at the Cove Lounge, 325 Lenox Avenue. She will be on the November 7 ballots. A Harlem-born and bred Gen-Xer, Verna Saunders attended NYC public schools, including Brooklyn Tech and graduated from the CUNY School of Law. A Delta Sigma Theta, she was elected to the Civil Court in 2012. [RSVP: Alyah@covelounge.com]

THEATER: Vy Higginsen’s Mama Foundation for the Arts begins its 2017/2018 season with the acclaimed musical ALIVE 55+ and KICKIN’, back by popular demand, which opened on 10/14 with a new work, WE ARE THE MUSIC, starring the Sing Harlem Choir, a spin-off of the Gospel for Teens Academy, which opens on 10/21. Both musicals will be housed at the Dempsey Theater, located at 127 West 127th Street, Harlem. Playdates for both are Saturdays; ALIVE until 11/18, WE ARE until 12/9. [Visit mamafoundation.org]

FILM: The Reel Sisters of the Diaspora Film Festival and Lecture draws to a close in Harlem at the Magic Johnson Theater on Frederick Douglass Boulevard at 124th Street on Sunday, October 22nd at 1 pm. The documentary and feature films which will unspool that day, focuses on women’s community activism, empowerment and spirituality.   One of the standout films in the lineup is a short documentary, “AND CALL HER BLESSED: A PORTRAIT OF JANIE”, a glimpse into the life of the late Brooklynite Jane Lee Witherspoon Green, the social firebrand mother of 16 children whose political activism influenced the community in ways large and small. A self-empowerment advocate, an anti- poverty activist, JANIE founded the Eleanor Roosevelt Education Outreach Program, who served on the boards of Brooklyn CORE(Congress of Racial Equality) and the Bed-Stuy Youth in Action Program. She was also a member of Community Board 3. AND CALL HER BLESSED was lovingly conceived, written and directed by her daughter Bernice Green, who co-produced with her husband David Greaves. They are Our Time Press co-publishers. [Visit www.reelsisters.org]

Janet Bell celebrated her fiftysomething birthday in grand “café society” style last month. She entertained about 80 friends at Chez Josephine’s on W. 42nd Street, Manhattan, complete with pianist and clarinetist, a four-star, three-course meal. It was a grand affair with dozens of A-listers like June Jackson Christmas, MD; Harriette and Dr. Edgar Mandeville, Lindbert Porter, Gloria Steinem, Letty Cottin Pogrebin and Bert Pogrebin, Tony Thompson & Kim Taylor-Thompson, Catherine Chadwick and Lola West. Many of the guests displayed their vocalist prowess like Columbia Law Professor Kendall Thomas, who’s quite a stylist when he sang, “I Can’t Give You Anything but Love, Baby”. The Wiz choreographer George Faison sang, “Somewhere Over the Rainbow”. The musicians borrowed music from the American theater and film scores. Faison and Dr. Bell danced to, “I’ll See You in My Dreams”. It was a birthday party to remember.  The widow of legal scholar Derrick Bell, Dr. Janet Bell is a social justice advocate, communications strategist and a management consultant.