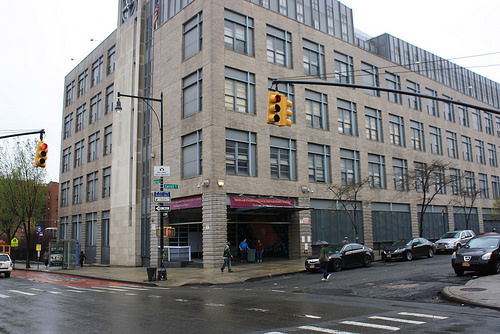 The New York City Department of Education (DOE) has recently made the decision to alter Brooklyn’s Medgar Evers College Preparatory School’s (MECPS) admissions process and academic program, much   to the dismay of the families, school faculty, community members and local elected officials.

The DOE has taken the position that the instructional program and curriculum at Medgar Evers College Prep should be realigned in an effort to serve low performing students, students with disability and students of incarcerated parents. While the DOE’s effort to service the needs of all children should be applauded, the decisions to change the focus of this well-established, highly successful institution, without meaningful input from the community, are both misguided and flawed.

For the past 16 years, MECPS students have excelled academically with 84% of their middle grade students meeting state proficiency in English Language Arts (ELA) and 78% in math, far surpassing the majority of NYC schools where less than 38% of students meet state proficiency in ELA and math. These success rates particularly standout when you take into account the fact that 65% of these students qualify for free lunch and are children of color, debunking the theory that poor children of color do not excel academically.

After years of proven success, the DOE believes it is best to change MECPS admissions policy, removing the school from city-wide access to district-wide status, denying New York City parents a choice in their child’s education. These actions from the DOE will not only cut off the diverse pool of applicants across various economic, racial, ethnic and geographic backgrounds, but will perpetuate the unwelcome trends of segregation that have plagued our City for far too long.

Based on a 2014 study from the Civil Rights Project, New York City was found to have the most segregated school system in the entire country. The findings of the report showed that Black and Latino students not only had the highest concentration in segregated public schools and the most uneven distribution of white students across schools city-wide, but also had the most exposure to low-income students as well.

The quality of education our children receive is directly correlated with their economic mobility, making the importance of de-segregation imperative to improving the lives of our children, their educational experience, and for the continued growth of our local economies as well. Therefore, it is incomprehensible that the DOE would want to transform a successful Brooklyn school such as MECPS by limiting student body diversity and concentrating on low-income, minority students in a school that already has a large population of both.

One element to the extraordinary achievements of MECPS is their integration of the middle school into the high school, which is vital in making it a unique early college institution. For many children who grow up in neighborhoods with low-performing middle schools, the pipeline to high schools with low graduation rates and even lower college-readiness rates is far too common. It is crucial then, that we demand the DOE reverse their decision to alter the MECPS admission policy, in an effort to support one of the few middle schools that is excelling in preparing our young students for the future.

Moreover, the same standards that are given to preparatory schools such as Mark Twain I.S. 239 for the Gifted and Talented, and Bay Ridge Prep should be given to MECPS, regardless of where their students comes from, or the economic background of their families. If the DOE plans to move forward with policy changes at MECPS, then these same changes must applied across the board to  other  preparatory schools as well.

For over a decade MECPS has used an effective admission policy and outstanding educational curriculum that has led to students’ excellence both academically, socially and economically. As one of the top performing middle schools in the city, MECPS is an institution my family and I would be proud to send our son as he nears the age of middle school eligibility.

I urge the DOE to forge strong community partnerships with MECSP, and work with the parents, faculty, staff and elected officials in an effort to serve children in need, without disassembling such a highly successful and proven program. MECPS nurtures and supports the best and the brightest students, and programs such as theirs should be replicated, not dismantled from within, because that is what these recommendations from the DOE are going to do.

3 Community Organizations in Brooklyn Come Together to Distribute School Supplies