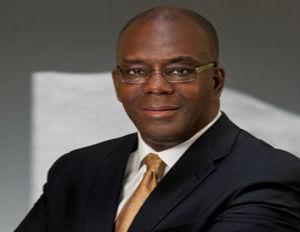 Carmen Twillie Ambar was named President of Oberlin College, effective September 2017. She becomes Oberlin’s 15th President and its first African-American leader in its 184-year history.   Currently  President of Cedar Crest College, Ambar earned her B.S. degree at Georgetown, her M.S. at Princeton and her Juris Doctor at Columbia University’s Law School. She worked as assistant dean at Princeton and as NYC Assistant Corporation Counsel.

Lynn Patton, Eric Trump’s wedding planner and erstwhile administrator of Eric’s Foundation, was named the HUD(Housing and Urban Development) Regional Director for NY/NJ, the nation’s largest concentration of federal housing projects. Her boss is retired neurologist Ben Carson. Why are these two high-ranking HUD officials inexperienced in public housing policy matters? Donald Trump’s budget cuts allocations to NY/NJ for NYCHA repairs and improvements were reduced from $300 to $100 million. Why was a Republican like New Yorker Joseph Holland overlooked for HUD’s hierarchy? A lawyer/businessman, Holland served as NYS Commissioner of Housing and Community Renewal under Governor George Pataki?

NYC: Democratic Public Advocate Letitia James will face Bronx- based Republican politico JC Polanco in November.  A former chair of the NYC Board of Elections, Polanco is an attorney and a Manhattan Community College adjunct professor.………..Donovan Richards, Democrat City Councilman from Queens, has announced his interest in the City Council Speaker post, which will be vacated by Melissa Mark-Viverito , who is term-limited….Queens Democratic Councilwoman Julissa Ferreras-Copeland, a Mayor de Blasio minion, was front-runner for Speaker until two weeks ago when she said that she is not running for reelection.

The Phattime Foundation, a local STEM (Science, Technology, Engineering, Math) foundation, is offering a Summer Computer Coding Program for young people ages 13 to 20. The 2-week course is a 60-hour training and development intensive which begins on July 10. Financial aid is provided to students whose family income is below $35,000. The Summer Computer Coding Program will be supervised by Alvin Rogers, Professor at the Fashion Institute of Technology, and will be housed at the Harlem Kennedy Center, located at 34 West 134th Street. [Write to alvin@phattime.com]

Some Caribbean-American headlines.   CUBA:   In his perennial quest to roll back President Barack Obama’s legacy, Trump announced last week that he plans to alter the Obama/Cuba normalization agreement. He wants to amend the agreement until all political prisoners, like Joanne Chesimard, are released. US Airlines, Big Pharma and assorted industries looked forward to the normalized relations between the North American neighbors.

Two weeks ago, Puerto Ricans voted for statehood, as in the 51st state. Voter turnout was low, but percentage of voters for statehood was high. I do not foresee this Congress nor White House moving towards accommodation of the nonbinding PR vote.

NY Carib News celebrates its 35th Anniversary and the 100 Most Influential Caribbean-Americans in NY at an invitational at Macy’s on June 29.

The original new play by James Ijames at the National Black Theater, KILL MOVE PARADISE, focuses on four young men, united in the afterlife, who checked out of the physical life much too early. They are a fraternity whose members include names like Tamir Rice, Trayvon Martin, Eric Garner.   The NY Times reviewer Ben Brantley waxes poetic about it, saying, “It is the Unspeakable Pain of An African-American Afterlife.” Play runs through June 25.

BOOKS: BLACK LIVES HAVE ALWAYS MATTERED is a collection of 79 essays, poems and personal narratives, edited by Abiodun Oyewole, that explores the complexity of the Black experience. Book is published by 2LeafPress. [Visit 2leafpress.org]

Ta-Nehisi Coates’ book, BETWEEN THE WORLD AND ME, a tome about race in America which won acclaim and a National Book Award, goes into its next incarnation as a multimedia performance art production, presented with excerpted monologues, video projections and a Jason Moran score at the Apollo Theater next April. BETWEEN THE WORLD AND ME will be directed by Kamilah Forbes, the Apollo’s executive producer.

The Brooklyn-based AbunDance Academy of the Arts presents SISTER ACT, AbunDantly!, a theatrical dance performance inspired by Whoopi Goldberg’s SISTER ACT films, featuring intergenerational performers, ages 3 to 83, on June 25 at 6 pm at the Kings Theatre, located at 1027 Flatbush Avenue. The fundraiser event is to support AbunDance Academy, which was uprooted from its Lefferts Gardens headquarters, a casualty of hypergentrification and astronomical rents. [See its gofundme page, abundancehastomove]

A Harlem management consultant, Victoria Horsford is reachable at Victoria.horsford@gmail.com.