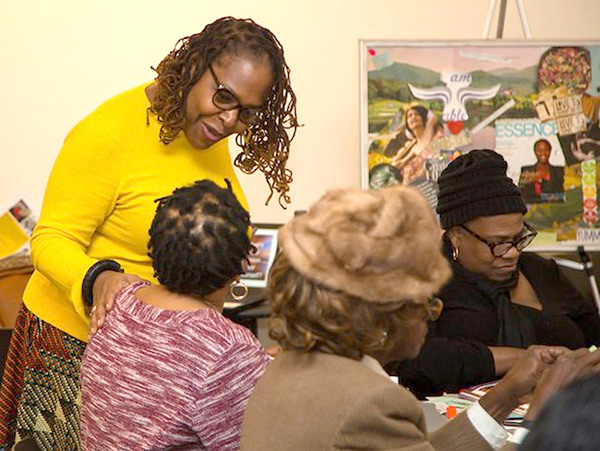 The executive leadership of the Vanguard Independent Democratic Association, Inc. (VIDA), one of the longest-standing political clubs in Brooklyn, has announced its 2020 slate to send two of its senior members as candidates to the state legislature.
VIDA selected Assemblymember Tremaine S. Wright (D-Bed-Stuy, Northern Crown Heights) to fill the seat for the 25th Senate District, replacing retiring State Sen. Velmanette Montgomery (D-Fort Greene, Boerum Hill, Red Hook, Bedford-Stuyvesant, Sunset Park, Gowanus, Park Slope), and endorsed Stefani L. Zinerman to run for the 56th Assembly District seat, currently held by Wright.
VIDA also endorsed incumbent U.S. Rep. Hakeem Jeffries for re-election to New York’s 8th Congressional District.
For more than 45 years, VIDA has nurtured leaders in the African-American community and created a leadership pipeline that has supported generations of elected officials, judges, lawyers, and activists.
“VIDA’s 2020 candidate slate includes experienced incumbents and community leaders with deep roots in Central Brooklyn like rising stars Assemblymember Tremaine S. Wright, Stefani Zinerman, and Henry Butler, who was selected to replace Councilmember Robert Cornegy as Male District Leader. In partnership with Congressman Jeffries, they will continue the legacy of unity, integrity, and vitality started almost five decades ago by VIDA’s founders,” said Montgomery.
Earlier this month, Montgomery, the longest-serving member of the State Senate, officially announced her retirement and endorsed Wright as her replacement in the Central and Western Brooklyn district.
“It is a privilege to serve the 56th A.D. in the New York State Assembly. Therefore, it is with tremendous joy that I endorse Stefani Zinerman‘s candidacy,” said Wright, about the person she hopes will succeed her. “I know that Stefani has the skills, passion, and the knowledge necessary to be an effective legislator. Stefani will continue her dedicated advocacy for our community in Albany. She has a proven track record of service and commitment to community empowerment. I look forward to working with her in the NYS Legislature.”
VIDA’s vast legacy began during the late ’60s with the fight for community control of schools, to ensure equity in education, started by Dr. Albert Vann and the African American Teachers’ Association in Ocean-Hill Brownsville.
Vann, a former NYS Assemblymember and NYC Councilmember, continues his advocacy for education as Chair of the Community Advisory Board for Boys and Girls High School Campus Schools, on which Zinerman serves.
“As founder [of VIDA], I am excited about this entire slate as I believe these candidates rank among the best public servants in our district. I wholeheartedly support the nomination and endorsement of Stefani Zinerman for election to the 56th Assembly District seat,” said Dr. Vann, who was the first elected official to hold the Assembly seat Zinerman aspires to.
Zinerman has a career that spans over 30 years as a management professional in the private, public, nonprofit, and political sectors. Currently, she serves as the Director of Special Projects for Montgomery. In this role, Zinerman works towards institutional sustainability for community-based, cultural, and educational organizations.
“I am humbled and grateful for the support of my political club, Vanguard Independent Democratic Association, Inc., and the committed public servants who have paved the way before me,” said Zinerman.
Zinerman is a lifelong Brooklynite and a proud resident of Bedford Stuyvesant, the birthplace of the Black political movement.
Zinerman will formally announce her candidacy with an event at the historic Weeksville Heritage Center in Crown Heights at 5 p.m., Thursday, Feb. 6.