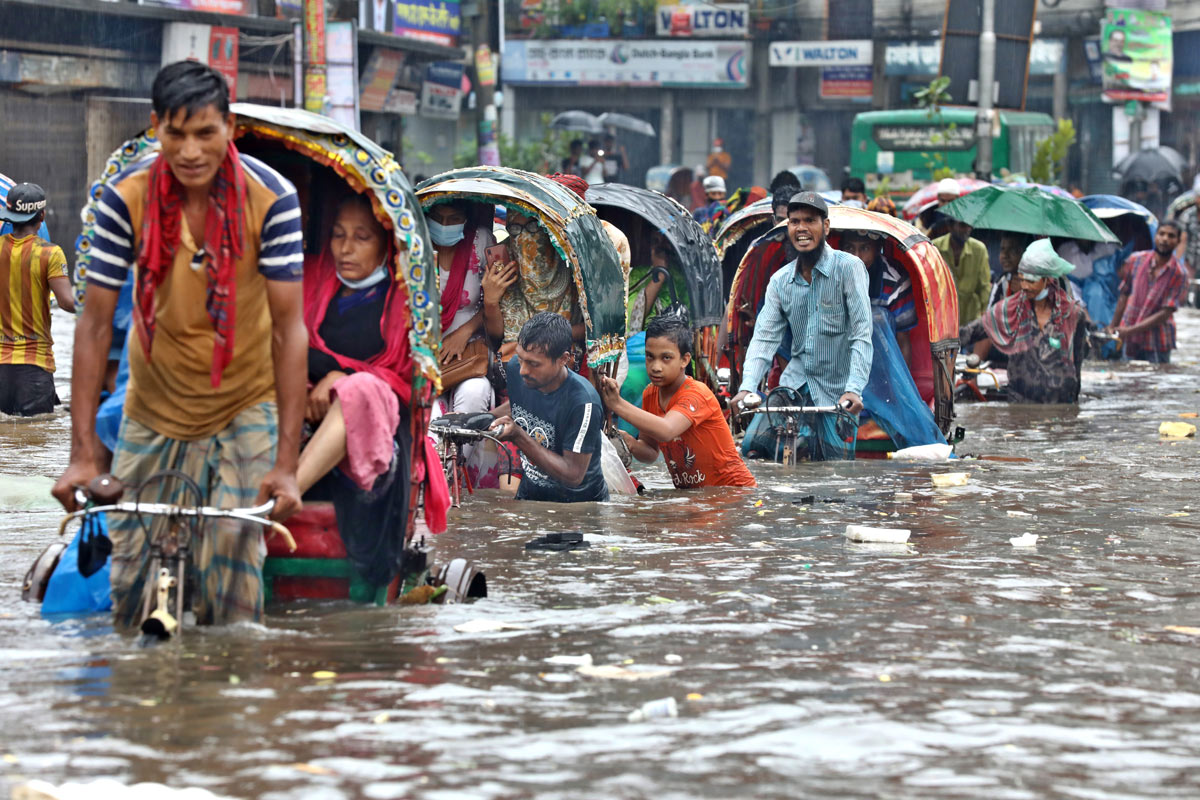 United Nations Office for Disaster Risk Reduction
World Meteorological Organization
A report from the United Nations Office for Disaster Risk Reduction (UNDRR) and the World Meteorological Organization (WMO) warns that half of the countries globally are not protected by multi-hazard early warning systems.
The numbers are even worse for developing countries on the front lines of climate change. Less than half of the Least Developed Countries and only one-third of Small Island Developing States have a multi-hazard early warning system.

The report, Global Status of Multi-Hazard Early Warning Systems – Target G, analyses new data and shows that countries with limited early warning coverage have disaster mortality that is eight times higher than countries with substantial to comprehensive coverage.
“The world is failing to invest in protecting the lives and livelihoods of those on the front line. Those who have done the least to cause the climate crisis are paying the highest price” said António Guterres, Secretary-General of the United Nations, in a video message today.
The Secretary General called on all countries to invest in early warning systems, “Extreme weather events will happen. But they do not need to become deadly disasters”
Early warning systems are a proven means to reduce harm to people and damage to assets ahead of impending hazards, including storms, tsunamis, droughts, and heatwaves, to name a few. Multi-hazard early warning systems address several hazards that may occur alone, simultaneously, or cascadingly.

Many systems only cover one type of hazard – like floods or cyclones. As climate change causes more frequent, extreme, and unpredictable weather events, investment in early warning systems that target multiple hazards is more urgent than ever. This is because of the need to warn not only against the initial impact of disasters, but also second and third-order effects. Examples include soil liquefaction following an earthquake or a landslide, and disease outbreaks following heavy rainfall.
The report, released to mark the International Day for Disaster Risk Reduction, shows that least-developed countries, small island developing states, and countries in Africa require the most investment to increase early warning coverage and adequately protect themselves against disasters.

“As this report was being prepared, Pakistan is dealing with its worst recorded climate disaster, with nearly 1,700 lives lost. Despite this carnage, the death toll would have been much higher if not for early warning systems.
“Worryingly, this report highlights significant gaps in protection as only half of the countries globally have Multi-Hazard Early Warning Systems. This is a situation that needs to urgently change to save lives, livelihoods, and assets,” said Ms. Mami Mizutori, Special Representative of the UN Secretary-General for Disaster Risk Reduction and Head of UNDRR.
“The number of recorded disasters has increased by a factor of five, driven in part by human-induced climate change and more extreme weather. This trend is expected to continue. Early warning systems are a proven and effective climate adaptation measure, that save lives and money,” said Prof. Petteri Taalas, WMO Secretary-General.

“But we can and must do better. We need to ensure that early warnings reach the most vulnerable and that they are translated into early action,” adding, “This is why WMO is spearheading a UN initiative on Early Warnings for All in the next five years.”
The UNDRR and WMO report provides recommendations to expand and strengthen early warning and early action to cover all vulnerable groups.
The report recommends investment in all elements of early warning systems, but particularly in risk knowledge to better plan early warning systems and in building the capacity of at-risk communities for early action.

It also recommends investing in enhanced data and better access to technology for stronger hazard monitoring, faster communication of warnings, and better tracking of progress.
Implementation of the report’s recommendations by donors and countries would support the realization of the UN Secretary-General’s call that every person on the planet be covered by an early warning system in the next five years.
These efforts would also support the achievement of Target G of the Sendai Framework for Disaster Risk Reduction 2015-2030, a global blueprint for reducing global disaster risks and losses, which calls on countries to “substantially increase the availability of and access to multi-hazard early warning systems and disaster risk information and assessments to people by 2030.”

Enhancing early warning and early action, especially for developing countries, is a key step to creating a world with Zero Climate Disasters.
An action plan on how to increase global coverage will be presented by WMO at COP27, the 2022 United Nations Climate Change Conference, scheduled in November in Sharm El-Sheikh, Egypt.