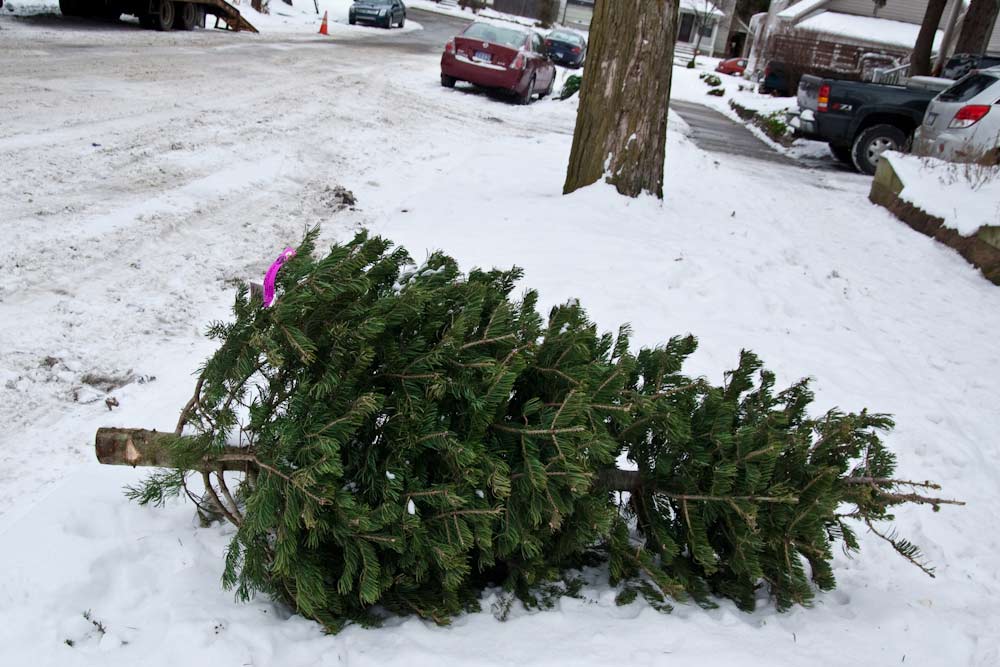 Christmas is a time of joy and happiness and people being kind to one another. January is a time of “buyers’ remorse,” debt, and regretfulness.

Families get in debt, max out their charge cards and take on extra jobs to pay for the Walmart junk they bought for Christmas. Buying gifts to show love is the American way of life. Getting a part-time job to pay for brand-name sneakers, an X box, or an Apple phone is part of the “Holiday spirit.” Little kids who know very little about finances and paychecks think that if Santa doesn’t give them what they want, Santa doesn’t love them, you don’t love them, or they are not loved. Parents think that if they supply their children with these things, the children will love them more.

What kind of society have we become?

When I was a child, living in the Fort Greene projects in Brooklyn, keeping up with the Joneses was a big deal. We were all poor, or else we wouldn’t be living there. Yet, having the most advertised toys, the fanciest sneakers, and the biggest tree was as pervasive as in any upper-middle-class suburban neighborhood. The idea of putting that money away for college or trips to foreign countries never occurred to any of us. To compete, you had to have a vivid imagination. My mother and I used to get our Christmas tree on Christmas eve. We took the straggly ones left abandoned on the sidewalk for free. She told me we were adopting these orphaned trees with a sense of noblesse oblige. I had no idea we did this because we could not afford a proper tree. Christmas had become so expensive that she had to take on an additional part-time job at the Tinker Toy company, which had a factory in downtown Brooklyn. The cost of a tree was not in her budget.

People have been complaining about the commercialization of Christmas since day one. Those three wise men made great sacrifices to bring their gifts from “The East.” As soon as the word was out that the “King of The Jews” was about to be born, the price of gold shot up, frankincense doubled, and myrrh went through the roof. The trio went into debt on the chance that the “King” would remember them when he grew older. It was an investment to guarantee a seat at the table in the future. You never know when you might need a political favor. The three kings were all BIPOCS…Black Indigenous People Of Color, so they had trouble getting a prime interest rate on credit. Melchior from Persia, who brought the gold and looked like a Latinx with brown skin and straight hair, had to put it on “lay-a-way.” This method carried a very high, very sneaky interest rate. To get the frankincense, Gaspar from India refinanced his land at a subprime rate. Balthazar, who, according to St. Bede, was “of black complexion, with a heavy beard’, waited until he saved up money to buy the myrrh only to find out that by the time he had enough, it had tripled in price, so he had to put it on three of his credit cards at 27% interest.

Somehow, this religious holiday continues to grow more rooted in capitalism and less in religion, spirituality, and kindness. Yet, we are still surprised. Isn’t it ironic that today’s Eurocentric holiday began with people of color? Yes, the early Persians were people of color, it was beige, but it was still of color.

It is important to point out that the gifts that baby Jesus received had enough monetary value to buy the darn motel, including the manger. So, Joseph and Mary were not business minded. This is a pity because, as a carpenter, Joseph could have upgraded the motel to increase its value. Since they didn’t have electrical or plumbing issues, there would be no problems with getting licensed professionals for permits.

There are Inuit societies whose economies are marked by the competitive exchange of gifts, in which gift-givers seek to out-give their competitors to capture important political, kinship, and religious roles, just like the three kings, just like some democratic governments.

Then, there was Potlatch. Potlatch was a way of showing how, back in the day, Inuits celebrated the end of the year. They burned up their valuables, then started all over again. I was taught that this was fiscally imprudent. Historians considered Inuits (Eskimos) as “sweet, naive natives.” Since they were BIPOC, who didn’t share the same economic values, they were considered stupid. European Canadians outlawed Potlatch from 1885 to 1951 to protect the natives from themselves.

Our government does the same thing and is proud of it. After all, isn’t that what “Deficit Spending” is all about? Deficit spending is when an entity (The Government, The Wise Men, or Parents) spends more than they have during a specific period. Usually, it’s a fiscal year. Usually, it’s the end of the calendar year AKA (Holiday Season). They think that by increasing government spending, they will energize the economy. How is Potlatch any different from Christmas as we celebrate it today?

This year’s must-have toy is Disney’s $130.00 Frozen Castle and Ice Palace Playset, which is last year’s version. Minecraft is a lovely sandbox video game that has sold over 240 million copies. It is the best-selling video game of all time. It costs anywhere from $20-$30. That sounds reasonable. BUT to play, you need an Xbox. Aha, that’s where they get you. The Xbox series X begins at $600, and that’s at Walmart; Lord knows what it would be at FAO Schwarz, where a foosball table goes for $15,000.00. There is even a gold-plated series that goes for $10,000. Now, that is ridiculous. This year the average American will spend $997.73 on gifts. I didn’t make that up; The National Retail Federation published it. Last year, we spent over $707 billion in retail sales between November 1 and December 31. That is definitely “energizing the economy.” Little wonder that one-third of Christmas spenders are still in debt in March of the following year.

If you want to show love for another person, couldn’t you make something by hand or offer a favor? Do you have to feed into the fantasy that cheap items made in developing countries measure how much you care about a person?

70 % of Americans feel that Christmas is too much about money. We are upset because Santa Claus is the star player, and the child called “Wonderful” is barely remembered. Heck, Rudolph gets more ink than the baby Jesus. Why do we keep feeding into the commercialization of the season? Kwanza doesn’t do that, Diwali doesn’t do that, and St. Lucia doesn’t do that.

Why can’t we promise to do the dishes for a year, knit a sweater, or be kind? Imagine having someone promise to walk your dog in the morning after a late night or bring you a cappuccino and the Sunday paper in bed; isn’t that something you would like? They could help you clean your closet, organize family photos, and iron your shirts; wouldn’t that be a great gift?

So, stop your bellyaching. Show your love for the season, love for your neighbor, and love for those poor unwanted Christmas trees that go begging on the street; your gift will be multi-layered and long-lasting…

… and the price is right!