Thousands of Black Women are Eating to Live
Advertisement 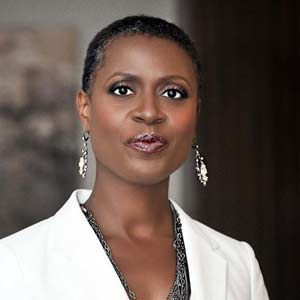 Award-winning public health nutritionist and author Tracye McQuirter, MPH, has seeded a movement to turn communities of color on to healthy plant-based foods.
And it’s growing.

Tracye says her goal is to change the “health paradigm” of black women. “We are leaders in so many progressive ways, but we are in a crisis when it comes to our health.” African Americans, in general, experience the highest rates of preventable chronic diseases in the United States, including heart disease, certain cancers and diabetes. But that story can be turned around with better diets. And it is being turned around slowly, one meal at a time, across the country within black communities by people of color.

Tracye and many others across the country acknowledge that health disparities and imbalances are instilled in our health systems and our personal health habits. But change can happen, Tracye and others like her believe, one meal at a time. They not only believe it they are making it happen. McQuirter’s “By Any Greens Necessary” published in 2010 has helped to do the same. According to The New York Times, the book almost singlehandedly contributed to the current rise of veganism amongst African Americans.

Media reports in the U.S. and the UK are informing that black Americans are leading in the statistics that represent veganism in the States: “8% of black Americans are strict vegans or vegetarians, compared to just 3% of the general of the population.” And a recent Gallup poll found that 31% of non-white Americans had reduced their meat consumption in the past year, compared to only 19% of white Americans.”
A drop in the bucket, yes. But these stats are a start. And so is Tracye’s recent innovative online program, the first every of its kind.

Tracye designed the 10,000 Black Vegan Women Program to support the efforts of black women to go vegan for 21 days in Black History Month. The Vegan Woman Project surpassed its target of signups before it went live Monday, October 5th, 2020. The program offered a series of online 21-Day Vegan Fresh Starts that include cooking videos, meal plans, vegan recipes, grocery shopping lists, meal prep guides, and nutrition tips, access to live online calls with Tracye and twice-weekly special guests who offered guidance, Q&As, tips, and support. There was a private Facebook group interactive online cooking class, where participants will cook a vegan meal together in real-time. A complementary virtual fitness program kept the women participants moving. Among other events was an interactive online cooking class led by Tracye with participants cooking a vegan meal together in real.

Tracye herself was inspired to become vegan by an entertaining experience. She made the switch to veganism back in the 80’s during her sophomore year at Amherst when she heard Civil Rights activist/comedian Dick Gregory talking about his diet. “He traced the path of a hamburger from a cow on a factory farm through the slaughterhouse process, to a fast-food restaurant, to a clogged artery, to a heart attack,” she recalled in an interview. “And for me, that kind of sealed the deal.”

In 2002, while in Graduate School at NYU, McQuirter co-founded the Black Vegetarian Society of New York. Then, after returning to DC, her hometown, McQuirter directed the first federally funded vegan nutrition program in the U.S., the Vegetarian Society of DC Eat Smart Program, from 2004 to 2009. She also created the first vegan cooking and lecture series at Whole Foods stores in the Washington, DC, area, titled from Soul Food to Whole Food at that time.
In 2010, she published “By Any Greens Necessary: A Revolutionary Guide for Black Women Who Want to Eat Great, Get Healthy, Lose Weight, and Look Phat.”

To celebrate the book’s 10th anniversary last year, McQuirter launched the 10,000 Black Vegan Women Program and now those women are encouraging others to cease searching for the beef.

In a recent press release, she said: “I want to truly change the health paradigm of black women. We are leaders in so many progressive ways, but we are in a crisis when it comes to our health. And while there are many reasons for this, we have the power to take back control of our health. It’s about our greens, not our genes! Eating affordable, nutritious, and delicious plant-based foods is one of the best ways for us to get healthy now and for the rest of our lives.”

Making It Plain: What Black America Needs to Know About COVID-19 and Vaccines

Can Vitamin D3 Be Used as a Bridge to Contain the Coronavirus …?