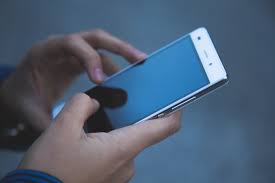 I get my haircut at Platinum Cuts on Nostrand Avenue. About a month ago, I left the shop and walked up to the corner of Nostrand and Fulton. I was on my iPhone checking Instagram or Facebook or text messages. I’m standing at the corner waiting for the light to change when a random Airdrop shows up on my screen. Airdrop is a way for Apple devices to share pictures, videos and data to other Apple devices that are nearby. I cancelled the Airdrop without really looking at it; I didn’t accept it because I figured someone had made a mistake.

I didn’t think twice about that incident until I had a conversation with a friend last week. She told me that one evening on the train coming home from work someone Airdropped illicit pictures to her phone. Apparently, in this new age of digital assimilation perverts have found easier ways to infringe upon a woman’s right to travel from work to home safely and without conflict. I remember when I was a kid, one night my mother came home complaining that some random stranger rubbed on her inappropriately. This was the way of perverts in the 80’s –  flashers and train grinders waiting to prey in analog. I worried about my mother back then, and that worry returned as my friend explained her ordeal. The person had to be close enough to see that she was using her phone because Airdrop doesn’t work on dormant phones. She said the incident freaked her out, she got off at the next stop and waited for another train.

Two days after that conversation, another friend of mine posted about a similar incident on Facebook. Just as the first friend, she was headed home from work when someone Airdropped inappropriate pictures to her phone. This friend is pregnant. She was disgusted by the incident. Her post was the first time I had ever heard the term “cyberflashing.”

Cyberflashing is simply when someone sends an unexpected person pornographic images through Airdrop or Bluetooth. With Airdrop, a preview of the content normally pops up whether or not you confirm or deny receipt, so the “flasher” gets you to look whether you want to or not. The victims of cyberflashing are usually children and women. Currently, the only laws in the State of New York that can be applied to cyberflashing are covered under the Sexual Offenses Act of 2003. However, the complexities of cyberflashing are such that special attention should be given to it as its own crime with its own measures of punishment. Children could potentially receive images from adults. This method of sharing images could be used in concert with bullying. Many of the fail-safes that our community and elected officials have set in place to protect citizens from such harassment can be sidestepped by simply using Airdrop.

With social and personal life moving further and further into the digital space, invasive crimes such as flashing have found a new mode of operation. The only way to guard yourself and your family from an unwanted intrusion is to learn the ins and outs of your phone. If you go to the Airdrop settings in your iPhone, you can control who sends you Airdrop messages. You can change the setting from “Everyone” to “Contacts Only.” That is an easy way to keep unwanted messages out of your phone. Learning ways to control and maintain consent is essential to guarding against the nonsense. And as parents, learning how to control consent is even more essential because 8 out of 10 kids 12-17 years old own smartphones. Those phones are potential portals for unsavory communication between strangers and your children. With all I’ve learned about cyberflashing over the last couple of weeks, I now wonder whether or not it was really a mistake what was sent to me on Nostrand and Fulton last month. Although we see the bulk of these kind of crimes victimizing women and children, we are all susceptible if we don’t control consent. I changed my Airdrop settings to only accept Airdrops from my contacts. Make sure you do the same.

Thinker’s Notebook: The Fabric of Blackness

What’s In A Name?