Thinker's Notebook: A Bag of Chips in a Cage
Advertisement 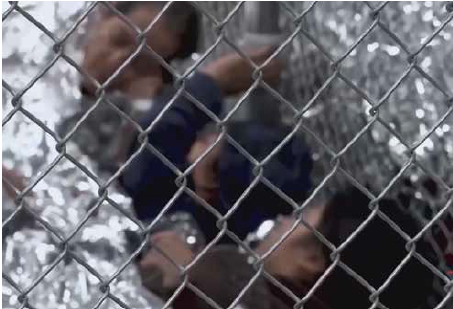 Slavery was the main economy of the Antebellum South. Men, women and children were sold like chattel in auction houses filled with overseers and slave owners on a regular basis. In Savannah, the Race Course was the biggest auction block in town. On one occasion, they auctioned off almost 500 slaves in one day. In Memphis, the biggest auction house could be found at 87 Adams Street. They actually called the place the Negro Mart, which I thought had to be a joke before I saw the term in print on their posters. In New Orleans, the most well-known auction house was at the Banks Arcade. Joseph A. Beard was the owner and operator. He produced more posters announcing slave auctions than your favorite party promoter trying to promote an all-white party.

All of this is true. There is no need to dispute that humans were being sold as property because we have the documents and the eyewitness accounts to prove it. The entire family was sold. Mother, Father, Son, Daughter, and even the infants. More often than not, the family was broken up, the mother would be sold to one plantation and the children to an entirely different plantation. This occurred, not as happenstance but due to a strategic perspective. The breakup of the family weakened the entire race of people. Separating father from son, mother from daughter, removed any chance of the family becoming stronger through lineage. History couldn’t be passed down. The heartbreak kept the slave mired in depression, too distraught to give intelligent thought to his position. It was a tool to keep the Black slave subservient.

From the late 1800’s all the way until the early 1970’s, indigenous children were routinely stripped away from parents on reservations. These Native American children were forced out of their homes and into camps called “Indian Schools.” At these Indian Schools, young Native Americans were routinely stripped of their language and forced to speak English. They were forced to cut their hair, get rid of their tribal clothes and to take on “Christian” names. The kids hadn’t done anything wrong to be removed from their homes. The process was done to help weaken the Native American. By removing the child out of the home and stripping their language and customs away, you weaken the entire community and significantly cut away at the opportunity to have lineage. Again, this is all true. It happened.

Since May, the Trump Administration has adopted the policy of removing children from parents who are detained after illegally crossing the border into the United States. In the 6 weeks since the policy was adopted, Border Patrol has removed 2,342 children from their parents. These children are being kept at Border Patrol facilities, and in most cases the parents are unaware of where the children are being kept. This week, photos were released of children being held in chain-link cages, empty bags of chips strewn around the cage, each child equipped with a foil sheet to use as a blanket.

This is happening. The website for US Customs and Border Protection states clearly that families caught trying to cross the border will be detained and separated. The website goes on to explain that detained children are to be moved into shelters and then eventually sent to families or to sponsors. The move to separate children from their parents in instances of border detainment is a new one. Under the Obama Administration, family detention centers were established specifically to keep families together while the parents went through having their cases processed.

By and large, every immigrant that makes an attempt to enter America illegally does so for the same group of reasons. They are either in search of the opportunities that America offers, or they are fleeing political upheaval, drug violence or a scarcity of economics. Separating the children from their parents does not solve the issues that lead to illegal immigration. Donald Trump and his cronies know exactly what such a move does. It weakens the family structure and keeps Mexicans and other Latin Americans in a position of subservience. It is but one cog in his program to marginalize and slander poor people. We’ve seen this play out before. He calls Mexicans animals, says that their children are not innocent, and then he proves it to you by locking these children up in cages.

What a horrible man this guy is.

Related Topics:Donald trump
Up Next

The Drama in District 16

Thinker’s Notebook: This is Only A Test