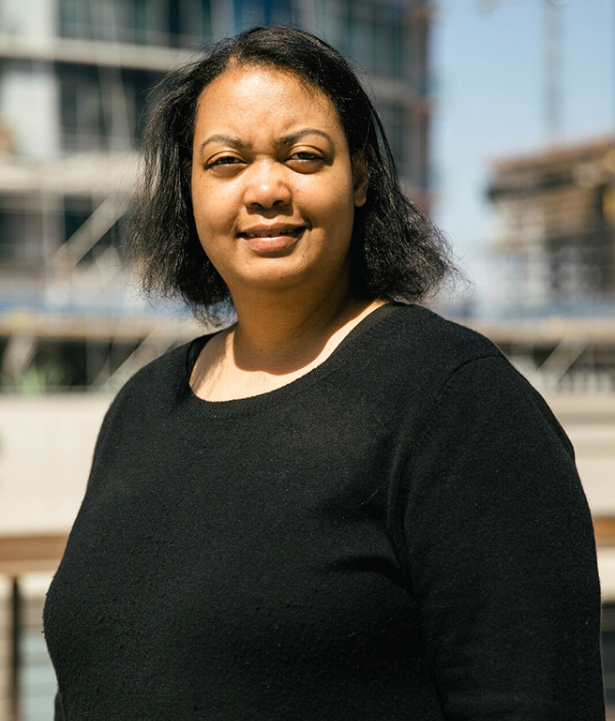 NY Attorney General Barbara Underwood joins 21 Attorneys General “calling on US Attorney General Jeff Sessions to end the Trump Administration’s cruel and illegal attacks on children and families lawfully seeking asylum in the US as they seek protection from domestic, sexual and gang violence.” Last week, Americans learned about detention centers for immigrant children, infants to teenagers, who are separated from their parents by US authorities once they cross the US border. In some instances, the parents have been deported and the children remain in detention centers.  Is the USA already that “dystopian America” that Trump previewed in his inauguration speech last year, a place where the rights of people of color are ignored?

President Trump made a policy decision to apply these “draconian” measures, then blamed the Congressional Democrats for it. Trump’s surrogates have been justifying his recent “zero tolerance” stance towards immigrants from the Bible, (Romans 13), the same passages Dr. Michael Curry, Presiding Bishop of the Episcopal Church, observes which were used by misguided Christian groups to justify slavery and the rise of Nazism. It is hard to foresee any meaningful immigration reform law in the USA under POTUS 45.

The Network Journal magazine story, “Venture Capitalist Arlan Hamilton Announces $36 million Fund for Black Women Founders,” is music to the ears of subject entrepreneurs. Hamilton owns Los Angeles-based Backstage Capital, the firm which funds start-up businesses. This project funds $1million per qualifying business. Rich in statistics, the essay reports that in 2017 female founders received only $1.9 billion of the $85 billion invested by venture capitalists. For Black women entrepreneurs, the funds received were considerably lower.  In 2015, Fortune magazine reported that the number of businesses owned by African- American women grew 322% since 1997. Today, women own 30% of American businesses, about 9.4 million firms. Black women control 14% of them, roughly 1.3 million businesses.

LITTLE ROCK is the name of an Off-Broadway play about the personal lives of nine courageous African-American teenage students who made history in 1957 by integrating the formerly segregated Little Rock Central High School in Arkansas.   The play, by Rajendra Ramoon Maharaj, opened on June 8 at the Sheen Center for Thought and Culture, located at 18 Bleeker Street in Manhattan, and runs through September 8. I saw retired Wall Streeter Ernie Green, one of the Arkansas 9, attending the New York premiere.

Deborah Willis, Professor and Chair of the Department of Photography and Imaging at the New York University Tisch School of the Arts, was named Director of the Institute of African-American Affairs (IAAA), housed at NYU, effective September 1. A renowned fine arts photographer and historian of African-American culture, Dr. Willis teaches courses at Tisch and the NYU College of Arts and Science and is a MacArthur Fellow and a Guggenheim Fellow.     Founded in 1969, the IAAA continues to research, document and celebrate the cultural and intellectual production of Africa and its Diaspora in the Atlantic world and beyond with an emphasis on the study of Blacks in modernity through the concentrations in Pan-Africanism and Black Urban Studies. Dr. Deborah Willis succeeds Professor Manthia Diawara, IAAA director for 26 years.

JAZZMOBILE kicks off its Summerfest 2018 with the concert FROM HARLEM TO BROADWAY on June 21 at 7 pm at the Richard Rodgers Amphitheater in Marcus Garvey Park, Harlem, with performances by vocalists Alyson Williams and Lacy Phillips, saxophonist Patience Higgins and tap dancer AC Lincoln. Show celebrates music by Harlem-based music legends such as Duke Ellington and Billy Strayhorn, Fats Waller, Richard Rodgers, Oscar Hammerstein and Eubie Blake. For the full schedule, visit jazzmobile.org.

The Margaret Porter Troupe hosts the “Mississippi Meets Harlem” Benefit for the Gloster Arts Project, which brings free arts to summer school in African-American rural Mississippi and which will be held at the Dinosaur Barbeque, located at 700 West 125th Street, Harlem. Benefit Gala includes a Dance Contest with George Faison as the judge, live music, a BBQ Buffet and much more. The Mississippi Blues and Dance Party will be held on June 25th from 6:30 to 8:30 pm and will be attended by special guests and celebs like Danny Glover, Quincy Troupe and Cassandra Wilson.     For more info visit the gloster project.org.

The Voza Rivers, New Heritage Theatre Group, in association with the H.A.D.L.E.Y. Players, presents SOME TALES OF WOMEN, A Festival of One Act, plays in memory of centenarian actress/producer Ms. Gertrude Hadley-Jeannette, founder of the HADLEY Players who died last year. The festival will be held on June 25th at 7:30 pm, shortly after the Harlem Arts Alliance monthly meeting adjourns at the Harlem Hospital Cave Auditorium.  The following is a list of the one-act plays and playwrights, which are: “Blood Cord” by Lee Hunkins, “Fortune Teller’s Blues” by Roger Parris, “Gertrude” by Ward Nixon, “Esmeralda & Isis” by Roger Parris and Cinnamon & Nutmeg by Lee Hunkins.