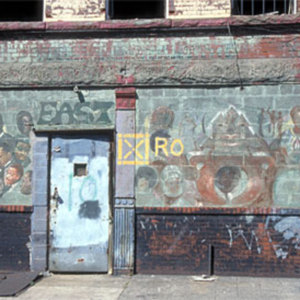 Recent articles in the Bed-Stuy Patch and the New York Post have quoted former East members, highlighting their disdain for the recent vote to name Jefferson Avenue between Claver Place and Franklin Avenue after FBI agent Edwin Woodriffe. Agent Woodriffe was shot and killed back on January 8, 1969. He was born in Brooklyn in 1941, became an FBI agent in February 1968 and was killed before being able to reach one full year on the job. Woodriffe’s significance to Jefferson Avenue and Claver Place is that he used to be an altar boy at St. Peter Claver’s Church, a small Catholic church that sits right on the corner of Jefferson Avenue and Claver Place. The church supported the renaming of the block.      In the wake of this, members of The East, the cultural Pan-Africanist organization started at 10 Claver Place in 1969, are moving forward with plans to rename Claver Place between Fulton Street and Putnam Avenues after Jitu Weusi, the founder of The East and one of this community’s greatest cultural icons. Their feeling is that Weusi is a much more appropriate renaming, given his lifelong service to his community. “The FBI agent did not serve this community. Baba Jitu did, for over half a century.” Attika Torrence is an independent filmmaker and a member of The East family. He was one of the people quoted in that inaccurate and polarizing Post article. “In the 60’s, when agent Woodriffe enrolled into the FBI, there was a concerted effort to open up recruitment for Black agents. The reason for this was due to the increase of Black Nationalist organizations. So they opened their recruitment to Blacks in order to infiltrate these organizations, organizations like the Nation of Islam, like the SCLC, like the Black Panthers, like The East. Sam Greenlee wrote a book about it, it’s called “The Spook Who Sat by the Door.” Ironically, the Ku Klux Klan is still thriving. There has been no concerted effort to disband their organization. They are still thriving.”

The irony of the possibility of having Jitu Weusi’s name intersected at a point by Agent Woodriffe’s name is not lost on Attika: “The intersection for many Black Nationalist organizations was the Counterintelligence Program. That’s where the rubber met the road, the Counterintelligence Program. So now, this intersection is happening where the headquarters of The East, one of America’s preeminent Pan-Africanist organizations, and right at the intersection of that is the name of an FBI agent that didn’t even serve this community.”

Dr. Segun Shabaka was the last Executive Director of The East. He is the current Chair of the Board of Directors at the International African Arts Festival, a festival started over 40 years ago at The East. He sees the fact that the move to name Jefferson Avenue after Agent Woodriffe was never met with pushback as an indictment on where we are as a community, specifically The East family. “This brings questions as to where we are as a community and a people. We know the state is organized, and we know that they continue to be organized against the people. But as for our communities, especially The East family community, no one has come together to say how we can pull together against this and organize. People have sent e-mails, but we have to go back to sitting face-to-face like we used to do and talk about how we solve this problem and people take on assignments. That’s what we used to do at The East, and a lot of things didn’t pass us.” Dr. Shabaka thinks the renaming of Claver Place in honor of Jitu Weusi is more than needed. “It is very deserving. It would be a monument to one of the greatest figures that Brooklyn has produced.” He also worries that this issue speaks to the lack of organization in our community, but also the lack of consciousness in our community. “We should have networks that tells everyone in this community that these things are happening, going door-to-door if they have to. But that takes consciousness, and you can’t have but so much consciousness if you live on Jefferson Avenue or Washington Avenue. These names are all enslavers. These block names are people who have oppressed us. Our people need to know that. Our blocks should all be named with our heroes and heroines, our community builders, the people that sacrificed in our community. It’s the whole process that we should be bringing into question.”