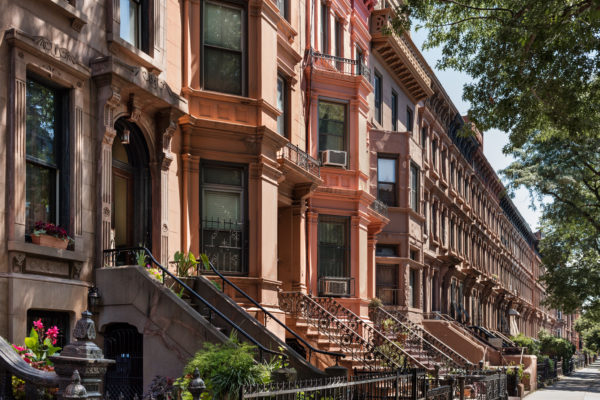 It was all coordinated by Community Board 3 Landmark and Preservation Committee and the Bedford Stuyvesant Preservation Coalition. The planning took several months. The goal was to bring together the residents of this community to celebrate the history and culture of the Stuyvesant Heights district.

The original Stuyvesant Heights Historic District is a 30-block area in the Bedford-Stuyvesant section of Brooklyn that was designated on September 14, 1971. Many of the local leaders who spearheaded the movement to designate Stuyvesant Heights as a historic district were not there to celebrate the 50th year anniversary.

The community honored their dedication and commitment to helping to make Stuyvesant Heights the first historic district in Bedford-Stuyvesant. The multicultural enthusiastic audience was clinging to every word in the songs sung by two beautiful and talented jazz singers, Tuliva Donna Cumberbatch and Bedford Stuyvesant’s own Charenee Wade. Both singers are renowned award-winning artists in the world of jazz, R&B and soul music.

As sun glistened through the trees of the well-maintained park, the band, which included Bed-Stuy notables Chief Baba Neil Clarke, Danny Mixon, and Monte Cross, directed by Rachiim Ausur-Sahu created an atmosphere of excitement. The music was soothing, and gave you the feel of an outdoor summer Lincoln Center concert experience. Rachiim’s expresses what he felt by being asked to participate in Saturday’s historic celebration. He expressed his mission and goals as a musician.

“To be a son of Bedford Stuyvesant and an artist, to be able to share his craft with his village on a day they deemed of importance, is the answer to a lifelong dream for me. To assist and enable many of my peers to create an aggregation of artists and fellow musicians, all homegrown, to come together and acknowledge a powerful legacy was wonderful. To engage 10 young people as interns and co-producers was critical in the showing of the torch and passing it on.”
He concluded by stating, “These things are my measures of success, and they serve to encircle a new joy and fond memories.

Proclamations and certificates were presented spotlighting the exceptional achievement and contributions of the residents of Stuyvesant Heights, including honors from State Assemblymember Stefani Zinerman; Tahirah Moore, Representative for the Mayor’s Office; Brooklyn Borough President Eric Adams; NYC Public Advocate Jumaane D. Williams and the entire City Council body, represented by Councilmember Alicka Ampry-Samuel.
The 50th-year landmark celebration was important for both longtime and new residents to recognize the history of the neighborhood and the reason it was landmarked.

Brief history
In the late 1860s and early 1870; the independent city of Brooklyn was undergoing rapid development. As Brooklyn’s population increased in the final two decades of the 19th century, developers were erecting hundreds of new single-family row houses that were attracting a large middle-class population. Brooklyn’s new residential neighborhood attracted a large middle-class Protestant population. Religion was an important part of life in Brooklyn, and the affluent new residents erected many new churches. Brooklyn became known as the “city of churches’’. In the turn century, Bedford-Stuyvesant was an elite, white middle-class community, sturdy Brownstones, numerous churches, and tree-lined streets gave the section its character.
It is now home to one of the largest African-Amerian communities in the country.

While A Nation Struggles… In the Community There is Hope