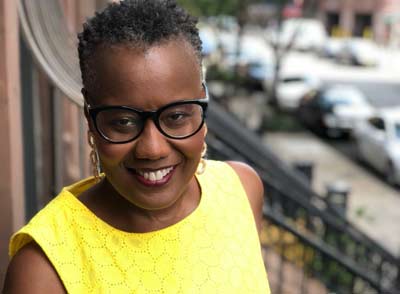 In addition to the report, NYUL’s website features essays from prominent New Yorkers on the data presented and policy recommendations. These guest authors, representing top minds in academia, politics and industry, have contributed their analyses and recommendations in this comprehensive compilation of articles and essays. Among these prominent regional and national leaders are contributors Jennifer Jones Austin, CEO and Executive Director of the Federation of Protestant Welfare, Frida Polli, CEO, Pymetrics and Dr. John Flateau, Chairperson of the Department of Business Administration at Medgar Evers College. (Full list below.)

Arva Rice, President and CEO of the New York Urban League, said, “NYUL State of Black New York helps us to prioritize and strategically focus our work on efforts that will close the Black-white gap across the city of New York. It is our hope that this report will be used by private citizens, businesses, policymakers, non-profits, local, city, and state governments to drive implementation of policies, prioritization, and allocation of resources where Black New Yorkers need those most.”

Key findings from the report:
ECONOMICS: Poverty is still too pervasive in African American communities .According to the Robin Hood and Columbia University’s Poverty Tracker, 59% of Black New Yorkers have lived in poverty for at least one of the past four years and 35% of adult New Yorkers who exit poverty fall back into poverty the following year.
Nearly ONE IN FOUR Black adults in New York City lived in poverty compared to roughly ONE IN EIGHT white adults.
50% of job growth since 2010 has been in industries with average annual wages under $40,000.

EDUCATION: College remains a buttress against poverty and Black students are not being prepared for college, work or life.
Significant Black-white achievement gaps still exist across New York City schools. Whites’ proficiency in math and reading is 2x that of black students.
In 2018, Black students made up the smallest percentage of public-school students who passed one or more AP exams, by ethnicity, at 26 percent. In 2013, 29 percent of Black students passed their advanced placement exams.
The SAT is used as a key indicator of college readiness; Black students in NYC are scoring 17% lower on the SAT than white students on reading and math.

DIGITAL DIVIDE: COVID laid bare the fact that the Digital Divide is widening, limiting the ability of communities of color to access education, career training resources, and social services
In NYC, 40% of residents lack either mobile or home internet services and 18% lack both. For many Black (23%) and Hispanic (25%) families, they can ONLY access the internet via smartphones.
Only 54% of households with less than $20K in income have internet in the home.
African Americans make up 7% of the technology workforce across the country and only 3% of the total Silicon Valley workforce.

CIVIC PARTICIPATION: The right to vote for African Americans was under attack and African Americans answered the call. The challenge now is to manage engagement
Black turnout dropped 5 percentage points in the 2016 presidential election after trending up since 1996.
There are 2.5 million eligible white voters and 1.4 million Blacks in New York City. 52% of whites voted and 48% of Blacks.

SOCIAL (CRIMINAL) JUSTICE: Blacks are still overrepresented in jails and prisons due to decades of over policing and racial bias
By 1992, Blacks and Latinos made up 92% of the NYS prison population and less than 17% of the population of the state.
Black youths make up 63% of the detention admission for the justice system.
Black youth are three times more likely to be arrested for something after suspected than a white person and to have a juvenile felony or misdemeanor (40%) when compared to white peers (15%).

HEALTH: Underlying health issues and disparities in treatment and access leave Black New Yorkers at risk of sickness and death
In 2018, 1 in 4 Black adults in New York City faced a health problem (Poverty Tracker, 2020).
Today, Black New Yorkers are twice as likely to die from Covid-19 than white people and currently make up 28% of Covid-19 deaths despite making up only 22% of the city’s population.
56% of Blacks die before the age of 75 versus 33% of Whites.
More than 40% of Blacks have high blood pressure.

Reflecting on the findings, the following influential prominent regional and national leaders have contributed essays about the key topics covered in The State of Black New York Report including income inequality, education, mental health, criminal justice, civil engagement, equal opportunity and the digital divide, among other relevant topics:

ABOUT THE NEW YORK
URBAN LEAGUE
For the past 100 years, we have inspired, influenced and ignited over one million Black people to achieve their highest potential. We are committed to elevating the circumstances that create inequalities in the lives of Black New York by headlining the issues and inspiring actions to eradicate them. At our core we believe that INEQUALITY IS UNACCEPTABLE. This guiding principle drives steadfast work of enabling African Americans and other underserved communities to secure equity. Through direct service delivery, advocacy, referrals, community capacity building, information dissemination and technical assistance, the League accomplishes its mission to empower communities and change lives. For more information, visit www.nyul.org