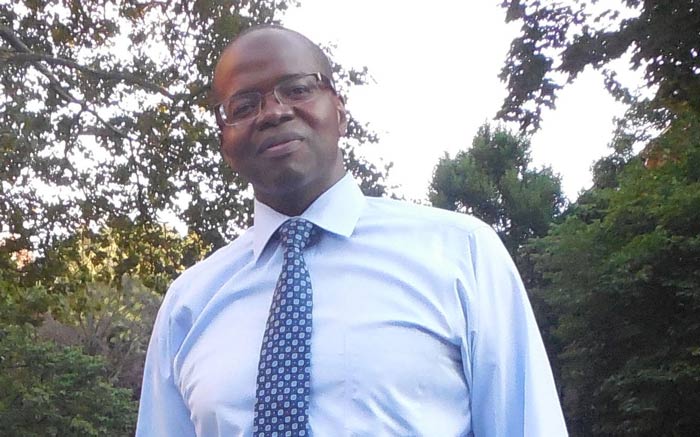 “He was the first of what has become a wave of progressive prosecutors across the country; reforms he enacted have had an impact far beyond Brooklyn.”
-Brooklyn DA Eric Gonzalez

Thompson was the first African American DA in Brooklyn and put in place transformative reforms and radical changes to the criminal justice system. The resolution to rename the street was co-sponsored by Council Members Stephen Levin and Laurie Cumbo.

DA Gonzalez said, “The Great Ken Thompson had a bold vision of what Brooklyn could be and I am proud to have known him as a mentor and friend. He was the first of what has become a wave of progressive prosecutors across the country and the reforms he enacted – such as the Conviction Review Unit, marijuana decriminalization and the Young Adult Court – have had an impact far beyond Brooklyn. Ken’s commitment to safety, equity and fundamental fairness continue to guide me and our Office, and having this street co-named after him will serve as a daily reminder of these bedrock principles that guided him – and continue to guide us today.”

Lu-Shawn Thompson, widow: “There are no words to express how I feel right now. I know Kenny would have been so proud and happy to have seen the street directly in front of his former office named in his honor. My children will have yet another example of the legacy and impact of their father. Through their father, they will know what it means to have a well lived life.”

Congressman Hakeem Jeffries: “Ken Thompson was a groundbreaking district attorney who elevated the integrity and fairness of the criminal justice system in Kings County to unprecedented heights. He was a transformational figure in the fight for criminal justice reform nationally and a staunch defender of the safety and security of Brooklynites at home. I thank everyone who made this street co-naming possible and applaud all the individuals who are carrying the legacy of my friend forward.”

Council Member Levin: “I am honored to be here today in remembrance of a great man. We gather here – with friends, family, community leaders, elected officials – for the co-naming of Jay Street as District Attorney Kenneth P. Thompson Way. Ken was a fighter all the way. He entered New York City government at a time when he was most needed. In the face of racial injustices and a myriad of challenging problems facing our city, he brought with him his expertise, candor, professionalism and vigor to a role in which he could be a public servant I the truest sense of the word. He committed to service, knowing that he would face opposition and challenges, because Ken knew deep down that the status quo when it comes to our criminal justice system needed a fresh set of eyes. A set of eyes from a perspective truly representative of those most impacted by the same system. He took on the issue of gun violence and left a legacy in the taskforce run by his successor, DA Eric Gonzalez. Ken knew we had to think big and tackle the issue of guns at their source and investigated the issue to get to the source of the problem – the iron pipeline allowing guns to come into New York and to Brooklyn. Bold. Visionary. These are two words which encapsulate his essence. It is only fitting that we gather here in front of the Brooklyn District Attorney’s Office on a thoroughfare in the heart of our justice system to put his name up as a reminder to all of what our leadership can aspire to.”

Council Member Cumbo: “District Attorney Kenneth P. Thompson was an immense force for community service, hard work, justice, and fair treatment under the law. His dedication to law and his strategic intelligence has resulted in his legal influence both federally and locally. As Brooklyn’s first African American District Attorney, he provided a presence and mindset to help change and restore confidence in our criminal justice system. Kenneth P. Thompson is sorely missed but his legacy remains, and this street co-naming is a fitting tribute to the man who gave so much for the pursuit of justice.”

Mayor Bill De Blasio: “I remember hearing him so confidently lay out a very different understanding of what justice can and must be and he literally blazed the trail for redefinition that now has become the norm all over this country.”

Following a career as a federal prosecutor and attorney in private practice, Thompson was elected to Brooklyn District Attorney in 2013, unseating a long-time incumbent and becoming the first African American DA elected in the borough. During his short tenure in office, he achieved a number of groundbreaking reforms. He established a Conviction Review Unit that quickly became a national model by exonerating over 20 wrongfully convicted individuals. To date, the CRU has vacated 120 convictions.

Thompson was also the first DA to stop prosecuting low-level marijuana possession as nearly 90% of those arrested were Black or Latino. That decision was a controversial move back in 2014 but proved to be the first step in the march toward legalization, which became the law in New York earlier this year. He was the first to establish a program to vacate summons warrants for minor infractions like walking a dog without a leash or being in a park after dark, leading the city and other DAs to follow suit. His vision resulted in the dismissals of hundreds of thousands of old outstanding warrants that held many people back from receiving education, housing and other benefits. He created the first Young Adult Court to provide needed interventions instead of seeking convictions against defendants ages 16 to 24, an approach that was used as a template for the “Raise the Age” legislation.

He strongly believed that everyone had a right to be safe in their own neighborhood and served as a fearless leader on behalf of social and racial justice in this country. He was also a loving husband to his wife Lu-Shawn and an adoring father to his two children. Thompson was diagnosed with colorectal cancer in 2016 and passed away on October 9, 2016.

De Blasio issued a proclamation in honor of Thompson and his notable accomplishments:  bringing justice to those who were wrongfully convicted, reopening the investigation into the death of Emmett Till and putting an end to low-level marijuana prosecutions were three of them.

“We talk about how much he has done for those who are wrongfully convicted but he was also very keen and focused on public safety,” said Brooklyn Borough President Eric Adams.
“He took care of both. The kids who were wrongfully incarcerated but also the kids who need to be safe on the street, from gun violence. That is the kind of leadership that he showed and that we need to continue to show going forward,” said Lt. Gov. Brian A. Benjamin.