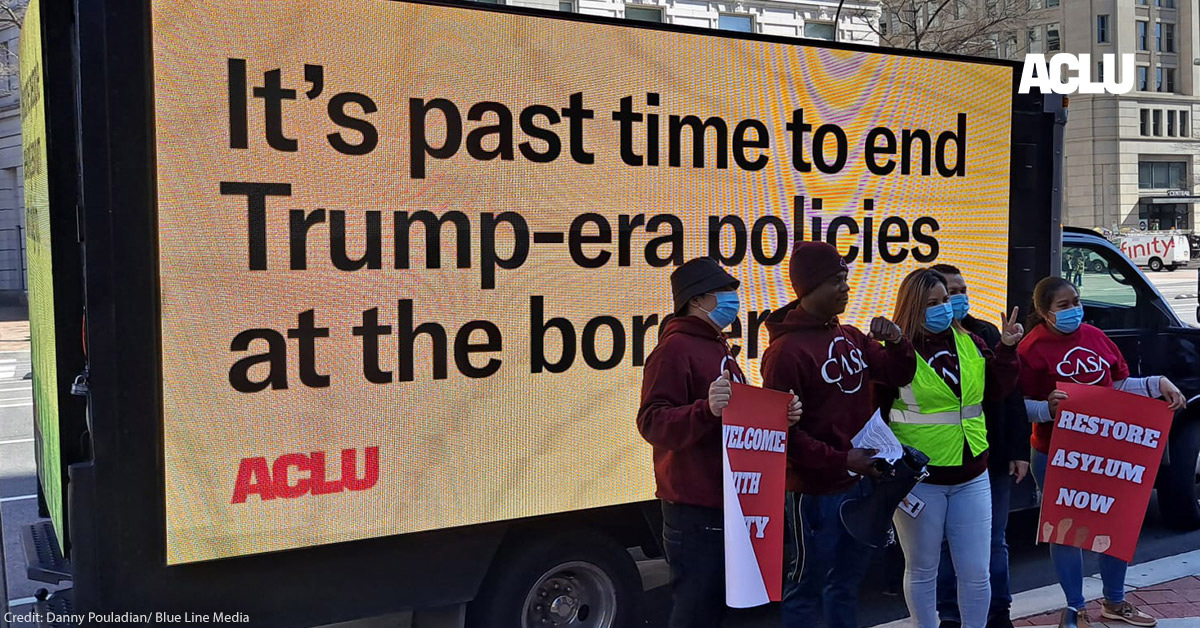 President Joe Biden and the Centers for Disease Control and Prevention (CDC) have announced plans to rescind Title 42, the controversial pandemic-related expulsion immigration policy that has limited asylum at the U.S.-Mexico border.
The decision to lift the Title 42 public health order, which will take effect on May 23, is seen as long overdue by immigration advocates who regard the order as inhumane. The CDC, which issued Title 42 in March 2020 in response to the coronavirus outbreak, said it was no longer needed.

Title 42, a Trump Administration policy, was established in May 2020 by CDC officials to limit the spread of COVID-19. Title 42—named for a 1944 public health law – has been criticized as an excuse to keep migrants out of the U.S. It has effectively closed America’s asylum system at its border with Mexico.

However, Republicans and some moderate Democrats, several up for reelection, are against Title 42 being removed. They have warned of chaos at the border. These Democrats have been vocal about their fear that rescinding the rule in May is not enough time for the administration to establish an adequate plan to handle the uptick in migrant crossings that is expected to ensue.

In September 2021, the Biden administration had the largest Title 42 air expulsion blitz to date. It expelled 10,000 deportees to Haiti in three months after the sudden arrival of thousands of migrants from the Caribbean country in Del Rio, Texas. The public was horrified to watch U.S. officials on horseback chasing Haitian migrants.

Congresswoman Cori Bush of Missouri, who has urged Biden to review the disparate treatment of Black migrants under Title 42, said: “This racist, inhumane relic from the Trump era has been devastating for migrants fleeing persecution, war, poverty, climate catastrophe and violence in their home countries and who have been forced to seek asylum in the United States.”

Most migrants processed under Title 42 have been expelled by land to Mexico. However, the Mexican government has only formally agreed to accept the return of expelled migrants if they are Mexican, Guatemalan, Honduran or Salvadoran.

A smaller number of migrants are expelled through deportation flights, usually to their home countries. The U.S. is currently expelling some migrants to Brazil, Colombia, the Dominican Republic, Ecuador, Guatemala, Haiti, Honduras and southern Mexico.

Brooklyn Congresswoman Yvette Clarke is the daughter of immigrants and a lifelong advocate American dream. “The Biden Administration’s decision to lift the harmful, malicious, and discriminatory policy that is Title 42 is a welcome blessing and one that I have long awaited,” she said. “While this policy endured, countless hopeful migrants suffered under its authority as we circumvented our obligations under international and domestic law. This harmful policy disproportionately affected Black migrants and created life-threatening conditions for immigrants seeking refuge at our borders. Untold unaccompanied children, families, asylum seekers; none were spared the denial of due process entitled to them by law.”

Related Topics:cdcimmigrationpolicy title 42topstories
Up Next

California reparations to be limited to descendants of enslaved people, taskforce decides