Preening with No Meaning: The State of the Union Address
Advertisement 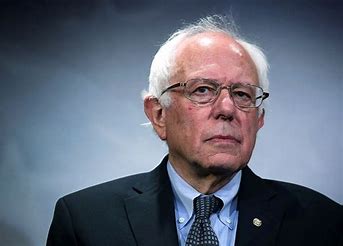 Democrat and Independent elected officials had a lot to say about Tuesday’s State of the Union address. For some it was merely underwhelming, but others were infuriated by the gall of it all. The public may soon feel beholden to the President for inspiring discussion of a wealth of cogent analysis that might make it out of the news bubble this time. In the meantime, the elected officials quoted here echoed the need for not just change, but for civic engagement to bring about that change.

“A year into this divisive presidency, special interests and the top 1% are being put at the front of the line while the vast majority of Americans are being left behind. Last year’s job creation was the lowest in seven years. For the first time since the Affordable Care Act took effect, the rate of Americans without health insurance has gone up. The stock market may be doing well, but that’s good for Wall Street not millions of hardworking Americans whose paychecks haven’t grown.

“And while I am always willing to work with my colleagues across the aisle, the President’s call for bipartisanship and unity rings hollow. You cannot reject bipartisan plans to improve health care and protect Dreamers or sow hate and division—and then turn around the next day and say you want to work together.

“If the President wants to protect Dreamers, invest in infrastructure, and create good-paying jobs, we can and should do that immediately. But to make real progress on the challenges we face, we need more than a speech. We need this President to work in good faith on behalf of all Americans.”

“President Trump talked tonight about the strength of our economy. Well, he’s right. Official unemployment today is 4.1 percent which is the lowest it has been in years and the stock market in recent months has soared. That’s the good news.

But what President Trump failed to mention is that his first year in office marked the lowest level of job creation since 2010. In fact, according to the Bureau of Labor Statistics, 254,000 fewer jobs were created in Trump’s first 11 months in office than were created in the 11 months before he entered office.

Further, when we talk about the economy, what’s most important is to understand what is happening to the average worker. And here’s the story that Trump failed to mention tonight.

Over the last year, after adjusting for inflation, the average worker in America saw a wage increase of, are you ready for this, 4 cents an hour, or 0.17%. Or, to put it in a different way, that worker received a raise of a little more than $1.60 a week. And, as is often the case, that tiny wage increase disappeared as a result of soaring health care costs.

Meanwhile, at a time of massive wealth and income inequality, the rich continue to get much richer while millions of American workers are working two or three jobs just to keep their heads above water. Since March of last year, the three richest people in America saw their wealth increase by more than $68 billion. Three people. A $68 billion increase in wealth. Meanwhile, the average worker saw an increase of 4 cents an hour.”

“… Bullies may land a punch. They might leave a mark. But they have never, not once, in the history of our United States, managed to match the strength and spirit of a people united in defense of their future.

Politicians can be cheered for the promises they make. Our country will be judged by the promises we keep. THAT is the measure of our character. That’s who we are. Out of many. One. Ladies and gentlemen, have faith: The state of our union is hopeful, resilient, enduring.

Thank you, God Bless you and your families, and God Bless the United States of America.

“My experiences have been a testament to the incredible promise that our nation holds, one we feel proud to call home,” Guzman said, adding, “Unfortunately, the president of the United States does not share this vision for our country.”

“Immigrant families who have given new life to the American dream through their hard work … are facing uncertainty and terror beneath Trump,” Guzman lamented, adding, “The president has the responsibility to unite us, protect us and to heal the divisions that our country faces.”

He has demeaned communities of color – launching a mass deportation agenda, and insulting the heritage of anyone who doesn’t look like him. He has imposed a hateful, immoral ban against our Muslim brothers and sisters,” she said.

“We should not accept or normalize the insulting and atrocious way this president represents our communities,” Guzman said.

“Together we can rebuild a nation for everyone that we can be proud of,” she concluded.

“What I heard was a lot of platitude,” he said. “If you look at the speech, it was just laced with comments about people wo have done great things and made a lot of sacrifices. It was just something for him to go on Twitter today and talk about how many standing ovations he got.

“He didn’t talk about the fact that Black unemployment dropped about nine points under (President Obama) and one point under him. He did not say anything of a significant nature as to the future and growth of this nation.”

“The president who stood before the American people tonight is upending the rule of law, destroying institutions, and engaging in an unprecedented purge of the Department of Justice as Special Counsel Mueller closes in on him—all while congressional Republicans remain silent.

We must refuse to leave our fellow Americans behind—half a million Americans are still without electricity in Puerto Rico and still desperately need aid. We must take seriously the threat of climate change and make a plan at every level of government to transition to a clean-energy economy by 2050 that will keep our air and our water clean and our planet alive.”

As we went to press, Black Entertainment Network (BET) was scheduled to feature Rep. Maxine Waters, presenting her response to the State of the Union. Waters was to appear on the premier of the new show, “Angela Rye’s State of the Union,” which was to also feature a response roundtable with: David Johns, executive director of the National Black Justice Coalition; Georgia gubernatorial candidate Stacey Abrams; Rashad Robinson, executive director of Color of Change; St. Paul, Minn., Mayor Melvin Carter; political strategist Stefanie Brown James; and Opal Tometi, executive director of the Black Alliance for Just Immigration.”