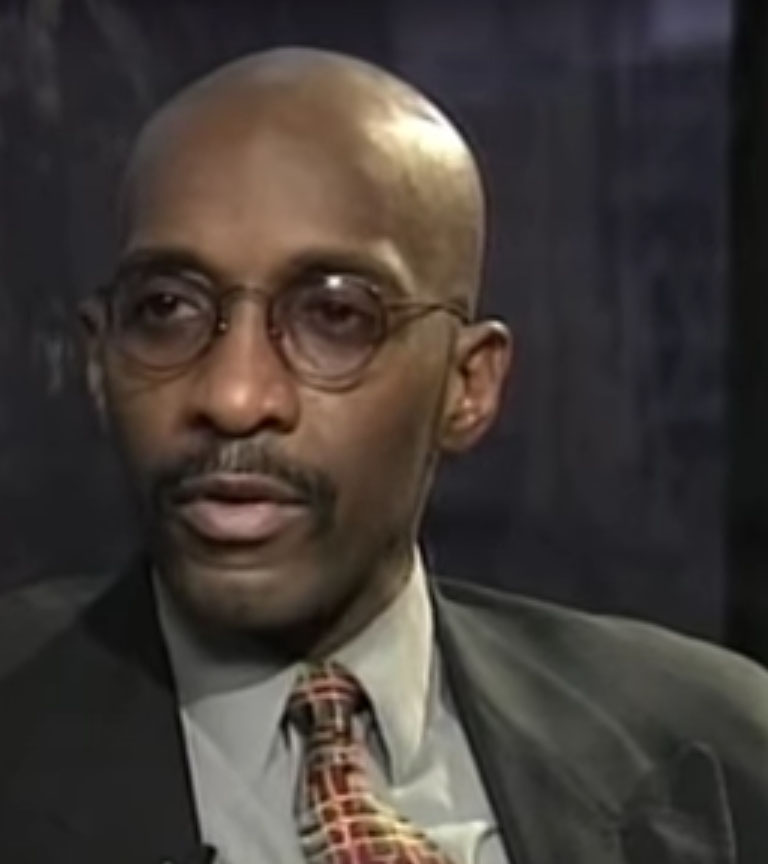 Roger Wareham is a lawyer and political activist of over four decades. He is a member of the December 12th Movement, an organization of African people which organizes in the Black and Latino community around human rights violations.
Roger is the International Secretary-General of the International Association Against Torture (AICT), a non-governmental organization in consultative status before the United Nations. Since 1989, he has annually presented evidence of human rights violations facing people of color in the United States and other parts of the world at assemblies of the United Nations’ Human Rights Council (formerly the Commission on Human Rights) and its other bodies that meet in Geneva, Switzerland.

Mr. Wareham was a lead attorney in the historic lawsuits filed in the United States Federal District Courts in 2002 suing private corporations for reparations due the descendants of enslaved Africans in the United States. He was co-counsel representing three of the 5 young Black and Latino men wrongfully convicted in the Central Park Jogger case of 1989.
Roger earned his B.A. from Harvard University as a member of the first class graduating with a degree in Afro-American Studies. He then earned his J.D. from Columbia University Law School.

OTP: Do you see any relationship between the shock and surprise at the storming of the capital building and the surprise that African Americans say they are due reparations?
Roger Wareham: I don’t know if surprise is the right word. For Black folks this is just a continuation of how we have been treated. Years ago, Jamil Al-Amin (H. Rap Brown) said “violence is as American as apple pie.” That is the history of this country.
What surprises people is when actual events collide with the mythology developed around this country.
For Black folks, the only people suffering more violence than us are the indigenous people. What brought us here was violence. What kept us enslaved was violence. Now that rightwing folks are committing violence against others is not a surprise. As Malcolm (X) said, “chickens come home to roost.”
There was a headline on a news show saying White supremacy has come to Washington. White supremacy has always been in the Capital. That was the basis of the Capital being established.
There is a lot of myth exploding that White people are being forced to deal with. This past summer, the number of young White people involved in the protest around the George Floyd killing and others. It showed them there was no Santa Claus, no Tooth Fairy. This is the reality.
What happened in DC this week was indicative of what we’ve experienced in the United States. The demand for reparations should not be a surprise. The demand for reparations is not a surprise for Black folks. The demand for reparations and the type of violence we saw this week are inextricably intertwined because they both speak to the existence of Black people in the United States. They want to act like our struggles, our successes are not part of U.S. History.
The demand for reparations to pay a debt for the labor that was stolen, for the torture, for the inhumanity that we’ve been forced to submit to over these last 400 years. The U.S. does not want to deal with that because to deal with that will be to deal with what it was that they’ve done.
It would once again expose the mythology of this Shining Light on the Hill, this perfect democracy, or leading democracy in the world that everyone aspires to. It exposes the myth between words of the Declaration of Independence and constitution, a lot of beautiful words, but the deeds speak something different and I think this week has been instructive in that. For Black folks, the contrast that immediately came up was the difference between the response of the government in terms of deploying the national guard, capital police and 5,000 troops to deal with peaceful supporters of the Black lives movement’s peaceful demonstrations, you had an armed camp surrounding the White House. And yet the insurrection that occurred in the capital wasn’t a surprise. They’ve been talking about it for weeks.

Once again there are two standards. A standard for White people and a standard for Black people and other people of color who are considered less than human. This is why Malcolm X talked about let’s go to the United Nations. Let’s stop talking about Civil Rights, and let’s start talking about human rights.

When you talk about civil /rights, you’re talking about the laws they have in place to maintain the status quo. The voting rights was considered a great accomplishment, even though the 15th Amendment gave Black men the right to vote a hundred years before the Voting Rights Act had to be put in place to ensure the rights citizens are supposed to have. That means we’re not really citizens. We have citizenship on paper, we can get a U.S. passport, but when it comes to our day-to-day existence, we don’t have those rights. They have to enact special laws to do that. And even the ones they enact, if we do not maintain the pressure, if we do not maintain our presence in the streets, they’re gone. Which is what happened with the Voting Rights Act. The Act was gutted, even in the face of increased suppression of Black votes.

OTP: We keep hearing from television pundits and others that “This is not who we are as a country,” referring to the violence and you’re saying “No, that’s exactly who you are.”
Roger Wareham: This is precisely who we are. This is “the emperor has no clothes,” but no one wants to talk about it.
Gerald Horn, an activist and professor at the University of Houston, calls the revolution of 1776 a counter revolution against the British, who because of their particular national, economic and political interests, had decided to free any Africans who fought against the colonists. Horn calls it a counter revolution because it was really to maintain the institution of slavery. We get it flipped, and propaganda is so important, which is why it’s crucial that our community read publications like Our Time Press and others that counter the mythology. And unfortunately, the mythology of the right, of the U.S. as a democracy, those folks have the infrastructure to push their alternate facts of what’s going on.

OTP: Five people died in the action at the Capital. What is the liability of those who were around the attack?
Roger Wareham: I think the liability of those who were a part of the crowd and those who incited them to do that. In the international criminal court, there are various defendants who are accused of not actually carrying the crimes, but for ordering them or inciting them. So I would say that the President and Senators like Cruz and the ones who continue to maintain this lie about the stolen election, and that Trump had won by a landslide and people have a right to go into the People’s House, the Capital, and they can change that outcome when it’s clear that the only way they can change the outcome is by an insurrection, an armed insurrection because you can’t change the votes that have already been certified. Then they’re liable for seditious conspiracy. They’ve committed a crime. I think the liability extends particularly to the leadership.

In the Nuremburg trials after World War 2, the issue was, is it simply the people o the ground who carried that out or was it the people who gave the orders for it to happen. Senator Cruz has been trying to distance himself from Trump calling his words “irresponsible”, but that he, Cruz, who up until that demonstration kept talking about going to DC and challenging the vote, had no responsibility for it. He should be in the same dock with Trump. It won’t happen unless there is mass activity in the street that make it impossible for the Biden administration to not address it. It’s not going to happen simply on the basis that it should happen.
Black folks can always contrast how we get treated in disparate situations. I was part of a case back in 1984 called The New York 8. Very interestingly, the U.S. attorney was Rudolph Giuliani, we were charged with conspiracy to commit conspiracy. A thought crime to commit a thought crime. None of the things we were charged with ever happened. They said they were planned to happen or the would have happened. We were charged with being a Racketeering Influence and Corrupt Organization, the RICO act. There were 6 counts under RICO and had we been convicted, each count carried a 20-year sentence.

There was nothing to it. There was an informant who lied. There was talk that White folks couldn’t understand, like when Black folks say “bad” it means good. It was that type of prosecution. But they were intent on making an example of some Black folks whose position was that we’re revolutionaries, we have a right to an independent nation, and we have a right to defend ourselves by arms if necessary. And that was considered, still is considered a crime in this country. They could not convict us on that because fortunately we had a jury of our peers. People could look at it and say, “This doesn’t make sense.”
The white working-class people on the jury said it didn’t make sense and after the trial, they were concerned now that they might come under surveillance from the U.S. government.
Compare that with they are just now starting to round up the people who were involved on Wednesday. The rioters were allowed to walk away. Compare that to this summer in the Bronx where when it was time for the curfew and people were dispersing, the police would not allow them to leave and then arrested them for violating the curfew. Peaceful protestors. It is the double standard we’re looking at.
Our very existence in the United States has always proved the lie of American democracy. We’re like the canary in the coalmine.