Our Time Press Q & A with Michael Hardy
Advertisement 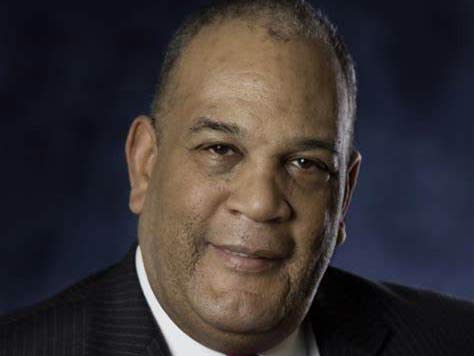 General Counsel, National Action Network Part II of II
“… the history of America is based in their oppression of
black people …”

OUR TIME PRESS: When Rev. Sharpton said, doors had to be opened (at the August 28 Commitment March in Washington, D.C. What doors need to be opened, and who open them?

Michael Hardy: Obviously, doors on many levels have to be opened. So, one thing Reverend Sharpton is absolutely, unequivocally committed to is developing youth leadership. You saw that in fact on display yesterday at the commitment march. So many of the speakers yesterday were the young people that are involved in the movement for justice and are developing and continue to develop.

Reverend Sharpton, having been a youth leader himself, is always dedicated to providing an opportunity, a platform and a situation for people, for young people who choose to find their purpose in the fight for justice (and) in changing the institutional dynamics that bring about a more perfect union that ends the type of institutional racism that exists.

He has more than many people that I have seen provided that kind of opportunity for young people to develop and again. You saw that in the Commitment March. If you’re a young person and you are committed to being part of a movement, certainly you can find opportunity with the national action network.
OTP: Rev. Sharpton’s motivation may be connected with his respect for his Ancestral Callings. (He began the journey as a pre-teen.)

MH: Reverend Sharpton is a unique and special individual who has so many God-given or natural talents. Some of it of course are the blessings that have been put on a person. Not everybody has the abilities of a Reverend Sharpton. Connected to the youth thing, too, is youth learning that the part of the struggle is not just the “no-justice, no-peace” part. It is to shine a light and you have to use that to translate into legislation and permanency of change. Where it wouldn’t matter as Reverend Sharpton and others have said. It’s not that people appreciated Rosa Parks when she sat in the front of the bus. It’s also that once the legislation happened that made it permanent that you cannot be made to sit in the back of the bus — whether some individual person agreed with it or not, it is Law.

OTP: What are your thoughts on what seems like new mass participation (reflected by) the numbers of white folks involved in the various protests, including Black Lives Matter?

MH: On some levels, it’s not new.
I think that it’s encouraging. If you think back to the Movement in the 50s and 60s, you know many whites joined and many gave their lives in The South to bring about an end to Jim Crow. A lot of white people now realize that for their own reasons, own comfort and own soul — if you will, they have to confront the privilege that society has provided them and they cannot hold open opinions of equality, justice, opportunity and freedom and stand behind a privilege. They have to put their privilege on the line in order to truly bring that about and understand that the history of America is based in their oppression of black people and that if you really want to do something about building a better tomorrow, building a more perfect union, you must accept the fact that black lives matter.

OTP:What can Black media do to help you and Sharpton and overs broadcast these messages?

MH:I think Black media has to continue what they’ve always done. The history of black media is a very proud and distinguished one. black media has been there to speak truth to power and to be unafraid, if you will; to challenge the norms of societies that exist at the time they function in and continue to do that.

Sadly, for courts, the challenge for Black media today, as with many black institutions, is finding the real sustenance to do what they need to do and it’s sad that black media has shrunk in this country. That’s one of the major fights that the National Action Network engages in every day: trying to find avenues to connect (with resources for Black Media) so that Black media can be reborn and thrive again in this nation.

OTP:Can you tell us where we go from here?
MH:From here is the march to legislation.
We have in front of the Congress, the George Floyd Justice Act. Which is important but not in some symbolic sense.
One of the difficulties we have confronted in trying to get full justice for families of victims even in the Eric Garner case, is that the manners in which the federal statutes are written with regard to holding police accountable for the deadly violations of civil rights of individuals is the language regarding “intent”  {a key part of the case prosecutors must make} and the George Floyd Justice Act seeks to go at that so there will be more tools for authorities and more avenues for juries to do justice in these situations.
The other priority is to get the John Lewis Voting Advancement Act passed in Congress passed so we really have the protections to stop the type of voter suppression that has begun to proliferate after 2013 and has interfered with the protections and the opportunity for people to exercise their right to vote.
We uphold Congressman John Lewis and so many others that fought for the Voting Rights Act in 1965. Blood was shed on the Edmund Pettus Bridge and throughout our struggle to get the right to vote. The Voting Rights Act was gutted in 2013 in Shelby vs. Holder in the Supreme Court. As a nation, we should be embarrassed that we have allowed (this to happen). Now, only Congress can fix that. That is our other drive.

Shadow on the Land, Shame on the White House

Committed to the March