One on One With Dr. Lester W. Young, Jr.
Advertisement 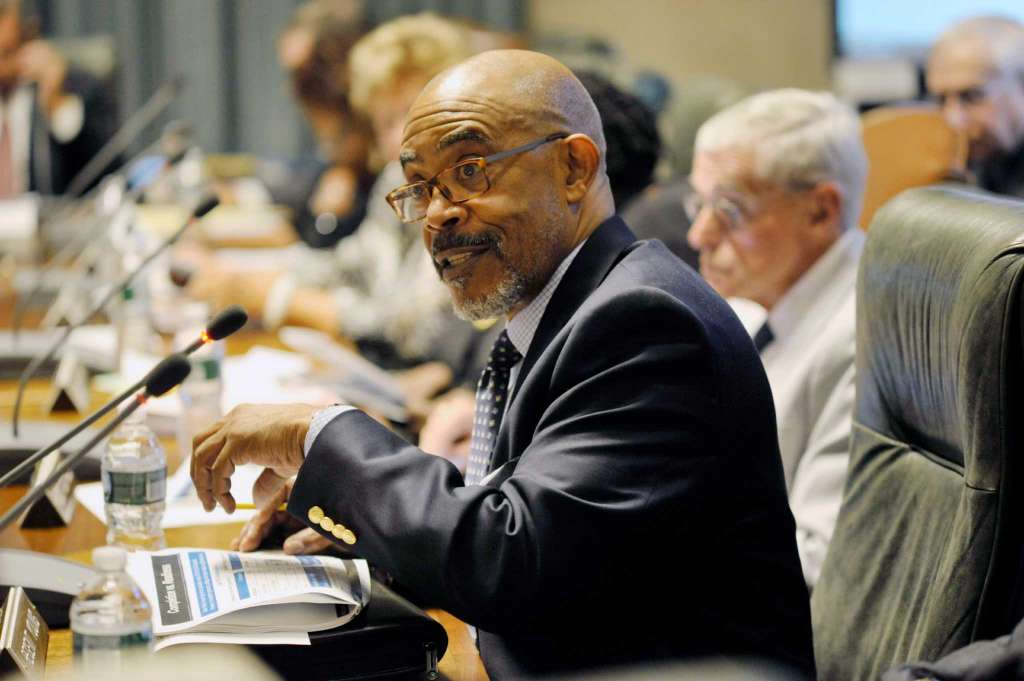 Last week, I had the pleasure and the honor of being one of the presenters at the “My Brother’s Keeper Fellows and Friends Leadership Retreat” in Ellenville, New York. The purpose of the retreat was to provide leadership training to MBK Fellows while engaging them in ways to strengthen their self-expression, build their leadership capacity and reinforce a positive self-image. My presentation was on the power of words, an inspirational message regarding how we should be speaking about ourselves, our lives, our goals. The featured presenters were national speaker and author Robert Jackson, and New York State Regent Dr. Lester Young, Jr.

Dr. Young is currently serving his third term as Regent At-Large, the University of the State of New York, but between 1992-2003 Dr. Young was the Superintendent of Community School District 13. Having spent my entire K-12 matriculation within the boundaries of School District 13, I was eager to talk with Dr. Young about the issues facing the district, his thoughts on the Specialized High School exam, his thoughts on the role of the parent in the education process, and what he believes is the biggest problem that our community’s schools face. I caught up with him after his presentation and we sat down and had an amazing conversation.

Dr. Young: OK. First of all, I think it’s important to put the idea of gifted and talented into a context. District 13 has a long history of attempting to create an educational strategy for all students. So, you have to recognize that within any community there are a range of students, and so from a leadership perspective, it’s incumbent to first have a strategy that says, “How do you have an ecology of great schools?” And then, how do you make sure that you’re meeting the needs of all students, and that would include average students and gifted students, and students that may be struggling. But the idea is that every youngster should be better having been involved in the educational experience. Prior to my coming to the district, Jerome Harris was the superintendent. Jerome started a tradition that we carried on, and that was every year he would make this annual report to the community that would speak to what happened during that year. One of the things that he would report is, “Where are the graduates of District 13 going?” So, he would list quite publicly the number of students that were accepted into all of the Specialized High Schools. And in fact, he established that as a goal. It was a target for the district. When I became superintendent, we continued that tradition with one caveat. We not only reported on how the district performed, but we reported publicly how each school performed. We made it clear to the principals of all of the elementary schools and middle schools that one of their targets would be to ensure that students in their schools would have access to the best high schools in the city. So, we had an expectation that it really didn’t matter what middle school you attended, we had an expectation that students from your school would participate in the Specialized High School assessments. You had to ensure that youngsters were being exposed to an instructional program that would lead to young people being successful in those assessments, and in fact, we were going to hold you accountable and report out to the community on how your school performed. There were years that we had as many as 250-300 students going to Specialized High Schools. We were in the school district that housed Brooklyn Tech, so a lot of our students would choose Tech because it was an easy transport for them, and we had as many as 60 students in one year being accepted to Tech. So, I think this idea that Black and Latino kids can’t pass the test is just wrongheaded. I think what we gotta look at is, “If the goal is that young people have access to high-quality programs, then what are we doing to prepare them?”   (To Be Continued)

The View from Brooklyn: How 9/11 Changed Us