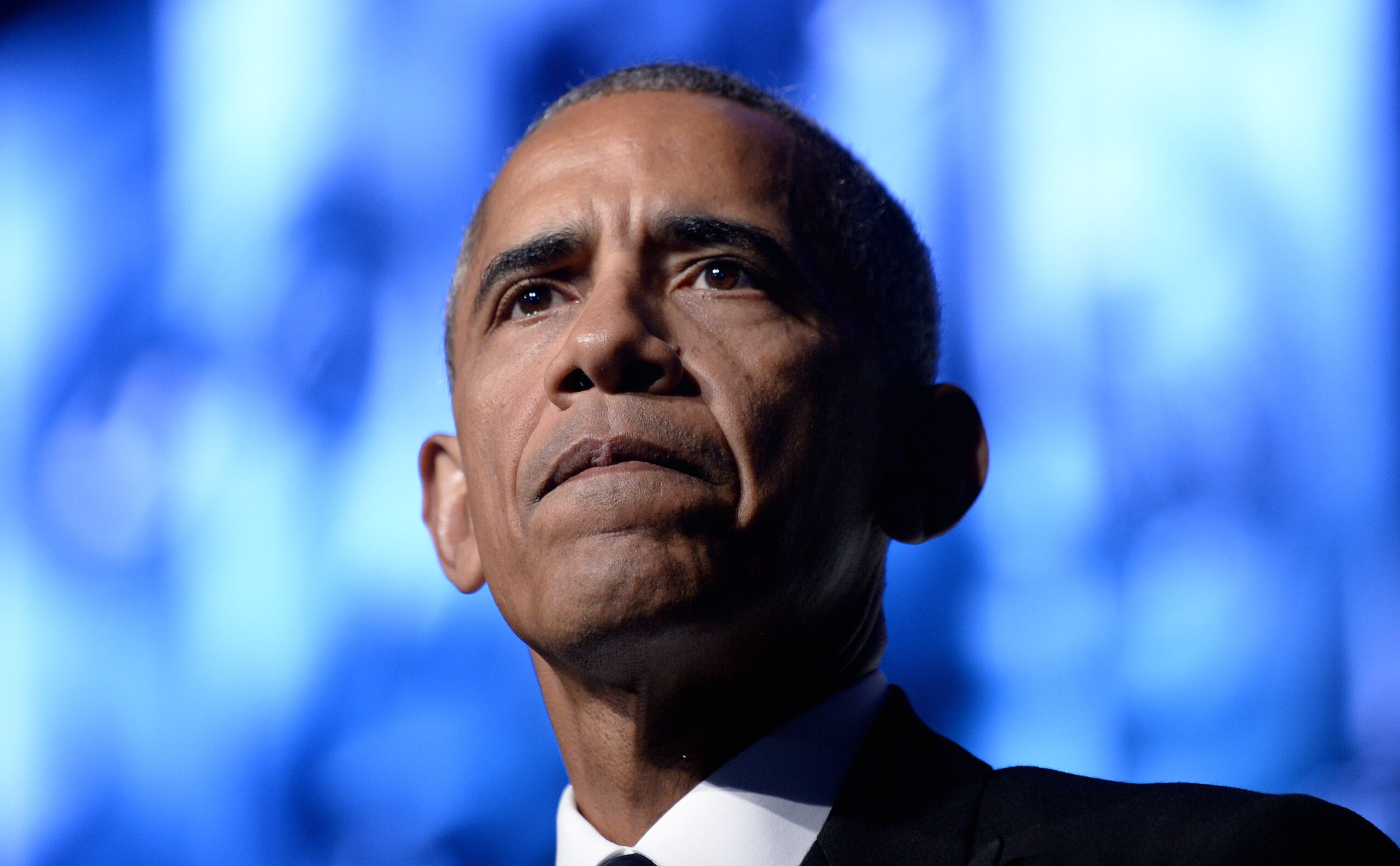 “You want to give me a good send-off? Go vote.”

Barack Obama urged African-Americans to go to the polls in November in a speech this weekend at the annual Congressional Black Caucus Foundation Dinner.

“My name may not be on the ballot, but our progress is on the ballot,” Obama said on Saturday night. “There is one candidate who will advance those things. And there’s another candidate whose defining principle, the central theme of his candidacy is opposition to all that we’ve done.”

Obama joked that he felt “relieved that the whole birther thing is over,” after Donald Trump’s recent announcement that after years being a prominent voice in the birther movement, the GOP nominee now believes that the nation’s first black president was born in the United States. (Trump’s Friday announcement opened up a new controversy when he falsely claimed Hillary Clinton started the birther movement during her 2008 presidential campaign.) On Friday, members of the Congressional Black Caucus slammed Trump for his statement, saying that he was a “disgusting fraud” and arguing that his reversal was too little, too late.

Clinton, who has struggled to energize black voters in the tightening race, also appeared at the event and argued that she was the only candidate who would preserve Obama’s legacy. She warned that Obama’s legacy could fall into the hands of someone “whose dangerous and divisive vision for our country will drag us backwards”.

In August, Trump asked African-American voters in a speech in Michigan, “What the hell do you have to lose?” He has characterized the African-American community as being uniquely plagued by crime, poverty and poor education, which were all results, he has said, of policies created and supported by Democrats.  Earlier this month, in an effort to boost his standing among minority voters, Trump told the predominantly black congregation at a black church in Detroit that a Trump administration would promote “a new civil rights agenda”.

Obama challenged that promise. “You may have heard Hillary’s opponent in this election say that there’s never been a worse time to be a black person,” he said. “He says we got nothing left to lose, so we might as well support somebody who has fought against civil rights, and fought against equality, and who has shown no regard for working people for most of his life.”

“Well, we do have challenges, but we’re not stupid,” he said, to applause.

But Obama’s most impassioned pleas came when he emphasized the importance of African-American voters this year. For him, a drop in black voter turnout—which hit historic levels during the 2008 and 2012 elections—would be a “personal insult”.

“There’s no such thing as a vote that doesn’t matter,” he said. “You want to give me a good send-off? Go vote.” (Please donate to motherjones.com)

Advertisement
Related Topics:Election 2016
Up Next