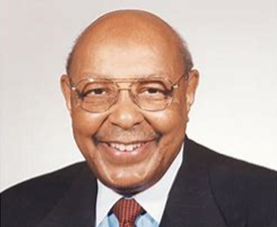 The National Science Foundation has awarded a five-year, $3.97 million Louis Stokes Alliance for Minority Participation grant to several CUNY institutions to increase the number of underrepresented minority students graduating with degrees in the STEM fields—science, technology, engineering and mathematics.

The purpose of The Louis Stokes Alliance for Minority Participation program, funded by the NSF grant,is to increase Under Represented Minority (URM) STEM enrollment and graduation rates for majors pertaining to degrees in the Science, Technology, Engineering, and Mathematics (STEM) fields.

Specifically, the funding will provide training and academic support to STEM majors and prepare students for graduate school and STEM careers. It also broadens minority student recruitment into STEM fields and encourage faculty collaboration across the colleges participating in the initiative. Since its inception at CUNY, the LSAMP program has provided scholarships to more than 3,000 student

“Even as perhaps the most racially and ethnically diverse university in the world, CUNY’s commitment to campuses that are inclusive and diverse has never been more central to its mission,” commented Interim Chancellor Vita C. Rabinowitz in a press release. “This grant helps the university build on that extraordinary legacy in new and exciting ways, creating opportunities for the growing numbers of CUNY students interested in STEM careers.”

Lehman College will oversee NYC-LSAMP. The other participating colleges are Baruch, Queens, The City College of New York, Macaulay Honors College and College of Staten Island; as well as Bronx, Guttman and Hostos Community Colleges. Hunter College will participate by staffing the social science component of the project. An educational psychologist and team from Hunter will document the program’s progress so that the LSAMP model can be replicated at other institutions.

The late Louis Stokes, an American attorney and politician, served 15 terms in the United States House of Representatives – representing the east side of Cleveland – and was the first black congressman elected in the state of Ohio. He was one of the Cold War-era chairmen of the House Intelligence Committee, headed the Congressional Black Caucus, and was the first black on the House Appropriations Committee.

The School Segregation/Integration Debate is Really About Black & Latino Students Having a Quality Education, not white Classmates.