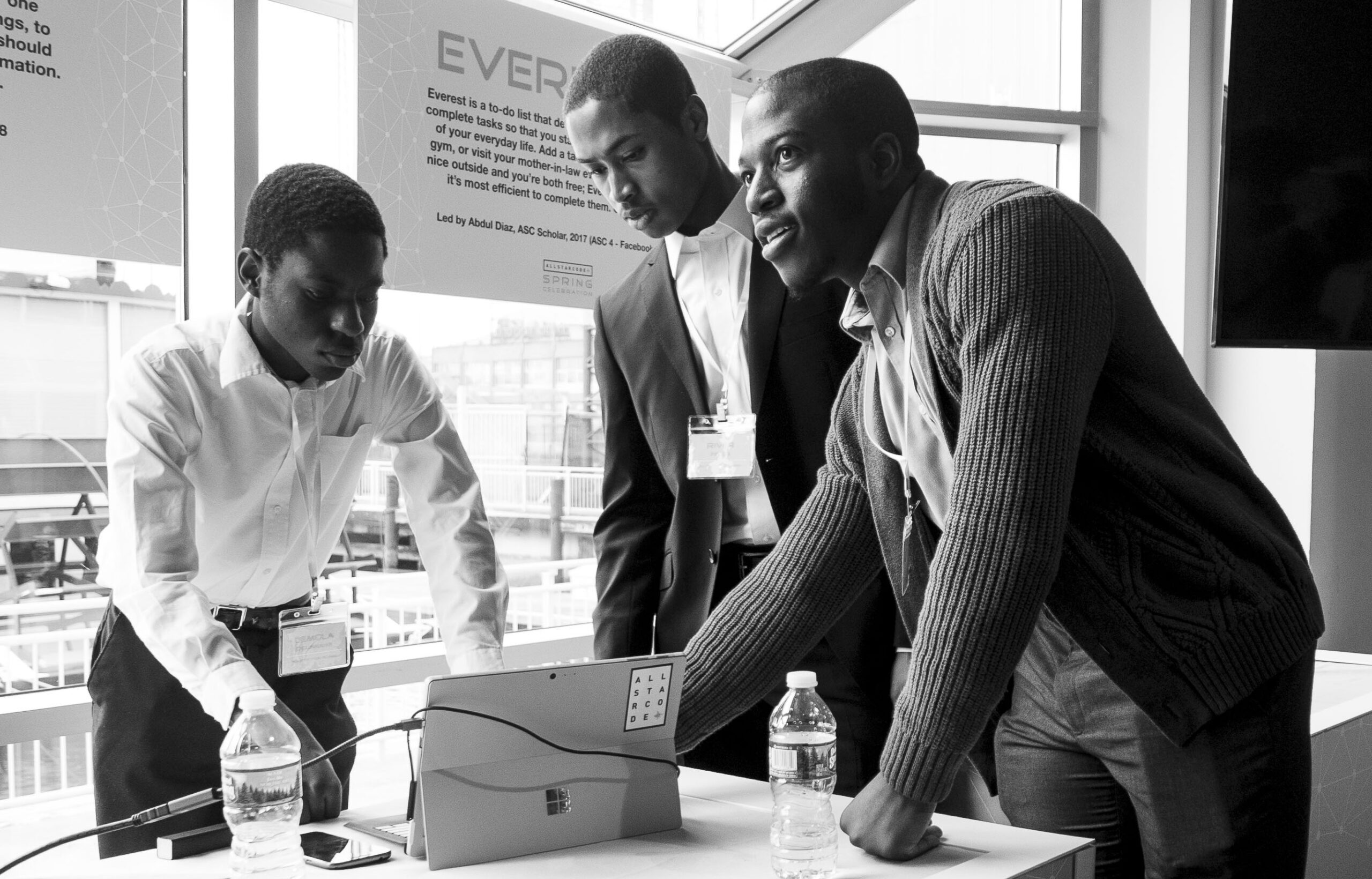 All-Star Code, an innovative program giving young men of color hands-on, project-based learning and a first stepping stone to college and eventual tech entrepreneurship, is driven by a legacy of success – with two premier businesswomen at the steering wheel.

Founded by Christina Lewis, award-winning journalist (Wall Street Journal), daughter of Loida Nicolas Lewis and the late Reginald F. Lewis, the business legend and the world’s ﬁrst African-American billionaire, All-Star Code – over the past six years–has created a powerful, reinforcing alumni network where students can celebrate failures and promote their successes in a safe space.

Some of the innovations included: College Start, a one-stop shop website for college preparation that helps students ﬁnd scholarship opportunities, internships, connections and more; Inquirix, an interactive web app that provides students with tools to create an individualized study experience that best ﬁts each student’s needs; and M.A.R.S., a nonproﬁt that provides community service opportunities so students can help clean up beaches, learn about the underwater world and spread awareness of how to make oceans safer for both humans and marine life.

“Our goal is to close the tech entrepreneurship gap in the United States by developing a pipeline of diverse 21st century leaders,” according to Ms. Lewis.  And they have a head start.

“All-Stars finish the program with both coding skills and an entrepreneurial mindset,” adds Miss Lewis.

All-Star Code’s ﬂagship program is their free Summer Intensive, a 6-week program in New York, NY and Pittsburgh, PA with over 200 hours of computer science instruction and soft skill development which is designed to give high school boys the access and exposure they need to become successful tech entrepreneurs.

In 2018, All-Star Code received over 800 applications for 144 spots in the Summer Intensive. Due to the growing demand, 2019’s program plans to serve 200 young men of color this summer. All-Star Code’s Summer Intensive takes place in New York City and Pittsburgh and serves students from across the country.

Kudos to Christina Lewis and Loida Lewis who are keeping Mr. Reginald Lewis’s legacy alive and working for young men who will be the tech leaders of the future.

Our Time Press will feature the All-Star Code scholars, heirs to a legacy, and Reginald Lewis (the first to create a Black law firm on Wall Street) in its June Men’s Issue.  For more information: www.allstarcode.org/.  (BG)

YOUTH SYMPOSIUM “Mission Possible: A Safe Space for Our Youth”.