Is it Time to Go Home?
Advertisement 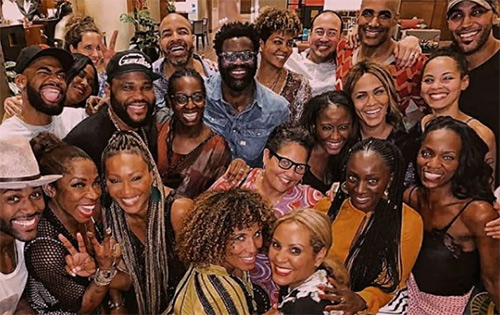 They say that the best journey takes you home.

The “Year of Return, Ghana 2019” was an initiative of the Government of Ghana, a birth-right journey that invited the African Diaspora to return to Ghana, marking 400 years since the arrival of the first enslaved Africans in Jamestown, Virginia. The initiative was designed to encourage Blacks to realize Ghana as a viable travel destination, to consider investing in the country or even to settle in the country as a resident. More than 1.5 million tourists visited Ghana in 2019, and the “Year of Return” activities are said to have generated close to $2 billion for the country.
A bunch of my friends and associates traveled to Ghana in late December. A wonderful spirit named Tanesha Barnes organized their trip. I met her last June in Barbados, where she planned the most amazing catamaran trip I’ve ever taken. Awesome person to know. Anyway, I watched through social media over the last three weeks as this particular contingent of Brooklynites that included a DJ, a couple of doctors, an accountant and even an Assemblywoman shared their experiences through pics and videos. Afrochella, The Last Bath, the accommodations, the beaches, I watched every picture and post, smiling and curious as to what my friends were feeling. How was it to return? Did it feel like, well, like home?
Tourism is responsible for 10% of the world’s GDP (Gross Domestic Product), but on the continent of Africa the figure is less than 4%. As beautiful and as diverse as the continent is, Africa has long been battling misconceptions about the dangers of traveling into its lands. Africa is dangerous. Africa is underdeveloped. The tourist dollar wasn’t reaching the Motherland because the message was that it wasn’t worth the spending. The “Year of Return” is the first concerted effort by an African nation to inspire tourism amongst the Diaspora. African-Americans, contrary to myopic belief, are world travelers. In 2018, African-Americans spent $63 billion on traveling. What kind of potential might exist between the African-American traveler and the African continent? The history between the African and the African-American has been disjointed for centuries, could travel be the great unifier?
The thing about traveling is that you always bring a piece of where you’ve been back home. When I started traveling as a guy in my 20’s my father used to ask me to bring home some hot sauce from my travels. New Orleans, Miami, Montego Bay, wherever I went I would find some hot sauce to bring back to my father. But I was getting more from my travels than just hot sauce. Every trip gives you a chance to survey a new land, to learn the history, to taste the food, to dance to the music. Every trip gives you insight into that particular part of the world and how it relates to you. You’ll learn about the Menehune in Hawaii, and about the Maroons in Jamaica. As a Black American, every Diaspora story always feels like it’s part of my story. But all stories, every human story throughout the world originates at the root. Africa is that root.

Which brings us back to Ghana. From the look of it, the “Year of Return” was a success. Every friend that I spoke with is still beaming with the vibe of Africa. They all bought something back from their trip, something greater than hot sauce. Other African nations are launching similar campaigns. Benin has launched the “Gate of Return.” Uganda and Nigeria are also launching return movements. The paradigm of the Diaspora reconnecting to Africa through tourism is a unique one indeed, a win-win for both African nation and Black traveler alike. Travel causes familiarity. Familiarity causes exchange. Exchange leads to a better understanding. If we can build a bridge of understanding between the African Diaspora and the African, a partnership in commerce and experiences, then just maybe there is even more possible. And that’s why I smiled watching the pictures of my friends enjoying the “Year of Return,” because in their smiles I could recognize that the possibilities of life were increasing exponentially. Africa needs the Diaspora, and the Diaspora needs Africa, not just in title or name, but in connection, indeed and in action. Besides, with the current climate of American sentiment across the world, a relationship with Africa might actually be quite valuable in the near future.

It’s More Than A Crawl