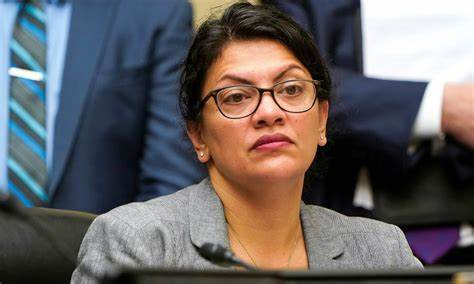 Yesterday’s acquittal of President Donald Trump on charges of high crimes and misdemeanors was expected by most. Readers have likely been talking for a while now to friends and family about this day they saw coming. What did some of our media people and elected officials have to say?
Charles Blow, a columnist for the New York Times, believes the Democrats should, as Majority Leader Nancy Pelosi has hinted, go forward to bring additional articles of impeachment against Trump.
“Keep it open and ready to draw up more articles as new corruption is uncovered,” said Blow. “Impeach Trump repeatedly if necessary… The practical effect of this tactic would be continued hearings, continued testimony, continued witnesses, and a focus on Trump’s criminality—certainly until the November 2020 election, and probably until the day he leaves office. Will that stop him from committing more crimes? Probably not. But it might give him enough pause to consider the consequences.”
To everyone’s surprise, Sen. Mitt Romney made history by becoming the first sitting senator to ever vote to remove a president of his own party from office. He was also the lone Republican to vote for impeachment. His comments on the Senate floor shortly before the vote included this statement, delivered with much emotion:
“Corrupting an election to keep one’s self in office is perhaps the most abusive and destructive violation of one’s oath of office that I can imagine,” he said. “With my vote, I will tell my children and their children that I did my duty to the best of my ability, believing that my country expected it of me.”
Rep. John Lewis made the almost identical observation in mid-December.
“When you see something that is not right, not just, not fair,” said Lewis, “you have a moral obligation to say something, do something. Our children and their children will ask us, ‘What did you say?’ ‘What did you do?’ “

News commentators and politicians had lots to say about the State of the Union address as well.
The Democracy Now! progressive radio show hosts commented on some of the things that stood out for them.

Juan Gonzalez was struck by the fact that During Trump’s speech, the father of one of the victims of the mass shooting in Parkland, Florida, was thrown out after he shouted about his daughter Jaime’s death. Fred Guttenberg was House Speaker Nancy Pelosi’s guest at the State of the Union. He interrupted Trump’s speech when Trump touted his pro-gun positions.
Amy Goodman, cohost and creator of the show, noted that while Guttenberg was thrown out, several people opted to leave on their own.

Congressmember Rashida Tlaib did tell news reporters what her thoughts were as she witnessed the President’s pride in appointing Brett Kavanaugh to the nation’s highest court.
Trump had just touted Kavanaugh as one of ‘two brilliant new Supreme Court justices’ Tlaib said. “The fact that he rightfully was accused and having an incredibly strong woman come before the public and the world and tell her story of sexual assault by this person…I couldn’t stand still and not do anything. And I needed to walk away from that.”

All but one of The View Cohosts found it remarkable that Rush Limbaugh was awarded the Presidential Medal of Freedom during the State of the Union.
“I don’t think it was lost on the Black community that he gave that honor to Rush Limbaugh during Black History Month, sitting next to a Tuskegee airman on Rosa Parks’ Day,” said Sunny Hostin.
Whoopi Goldberg agreed. “I didn’t understand,” she said. “You’ve got a Tuskegee airman sitting there. How about if you’re going to give the Medal of Freedom to someone who actually has made the difference in the country and done all Kinds of stuff, how about giving it to Elijah Cummings’ wife as a thank you for all of his service.’

Meghan McCain disagreed. In answer to Whoopi’s question of why she thought Limbaugh deserved the medal, she pointed to his popularity among Conservatives and said, “He changed the paradigm of radio.”

The fiancée of slain Saudi Arabian journalist Jamal Khashoggi attended the speech as the guest of Rep. Gerry Connolly, D-Va. Hatice Cengiz was positioned in Trump’s line of sight as a silent protest of what she and supporters feel was a refusal to bring pressure to bear to bring to justice the high-level Saudi officials she believes ordered his murder.

New Black History: Louisiana’s Largest HBCU Launches Own CBD Line, Becoming First to Ever Do So

Counting on the Census