“He Targeted Me”: Lady Ruby Freeman of Georgia Spoke Truth to Power, Moved the Nation
Advertisement 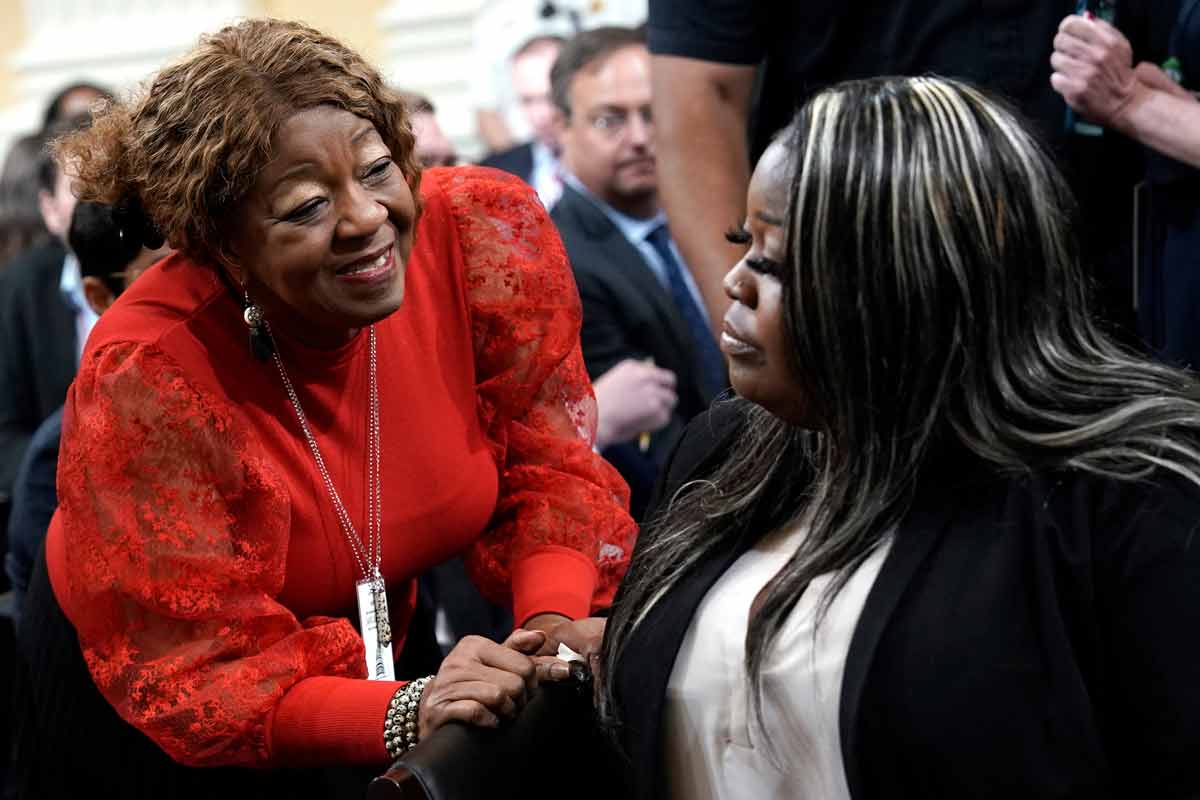 Wandrea “Shaye” Moss was nervous.
She couldn’t get the microphone in front of her to work. She initially struggled to find the words to express herself.
But as the former Georgia election worker unspooled her story of being unfairly targeted by then-President Donald Trump and his lawyer Rudy Giuliani on Tuesday before the House select committee investigating January 6, she transformed into the single most powerful witness to appear in these public hearings so far.
Moss and her mother, Ruby Freeman, had been working in relative anonymity in Fulton County until, without warning, Giuliani and Trump fixated on the notion that they had somehow committed actions that were proof positive of votes being stolen for Democrats in the 2020 election.
Trump called Freeman a “professional vote scammer” and a “hustler.” Giuliani said that Moss and Freeman had been passing around USB ports like “vials of cocaine or heroin.” (Moss said at Tuesday’s hearing that her mother had been handing her a “ginger mint,” not a USB drive.)
In the wake of those false and racist allegations, Moss detailed how people had tried to barge into her grandmother’s home and how Trump supporters had villainized her and her mother. (Her mother, who was known as “Lady Ruby,” said she no longer liked being called that.) Moss said of the threats she had received: “A lot of them were racist. A lot of them were just hateful.”
“I haven’t been anywhere at all,” she said through tears.
Her testimony drove home a powerful point that too often gets lost when we talk about the logistics of who knew what and when on January 6: The lies told by the former President and his ilk had real-world – and deeply negative – impacts on the lives of people who were, effectively, innocent bystanders.