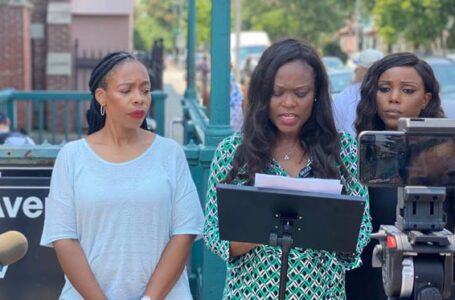 ANNAPOLIS, Md. — Gloria Richardson, an influential yet largely unsung civil rights pioneer whose determination not to back down while protesting racial inequality was captured in a photograph as she pushed away the bayonet of a National Guardsman, has died. She was 99.’

Tya Young, her granddaughter, said Richardson died in her sleep on July 15 in New York City and had not been ill. Young said while her grandmother was at the forefront of the civil rights movement, she didn’t seek praise or recognition.

“She did it because it needed to be done, and she was born a leader,” Young said.
Richardson was the first woman to lead a prolonged grassroots civil rights movement outside the Deep South. In 1962, she helped organized and led the Cambridge Movement on Maryland’s Eastern Shore with sit-ins to desegregate restaurants, bowling alleys and movie theaters in protests that marked an early part of the Black Power movement.