From Wingate “to the Stars” in South Carolina
Advertisement 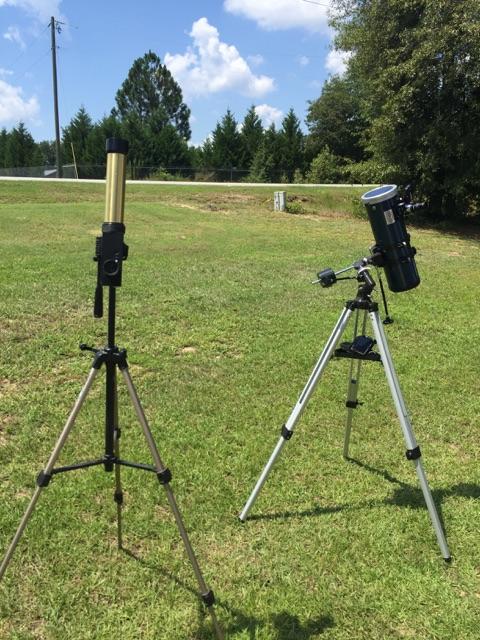 Photo: Joanna Williams
Amateur astronomer Clarence
Underwood traveled from California
to South Carolina for the two
minutes and thirty seconds of the
once-in-a-lifetime experience of a
total eclipse.

As a Wingate H.S. student in the 1960’s, Clarence Underwood always had his head in the stars.

Now a resident of California, Mr. Underwood is proud of his accomplishments professionally and personally, in the pursuit of his passions for the solar system, spacecraft missions, galaxies, spaceships, and science and technology. As a member of the prestigious Eastbay Astronomical Society, he supports the group’s efforts in bringing knowledge about outer space to various STEM programs in the Oakland area.

On Monday, he was in South Carolina, near Santee, observing the eclipse through his telescopes.

Underwood has lost track of his Wingate track and field gear, but in this photo he’s sporting a Lowell Observatory cap, in honor of “a place where so much information as generated about Mars. Because of Lowell’s studies, people were more inclined to believe that life could exist on planets other than the Earth”.  Underwood also admits, “It made the War of the Worlds radio broadcast he heard during his boyhood years ‘seem more real’”. (BG)