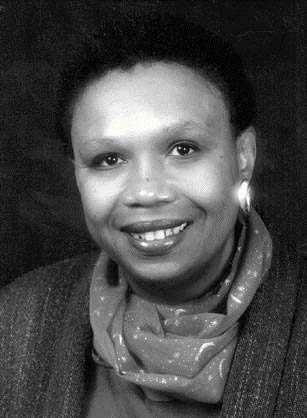 Dr. Vanessa Northington Gamble, University Professor of Medical Humanities and Professor of American Studies at The George Washington University, is a physician and historian of medicine, is one of the most influential spokespersons for equal access to quality medical care for all Americans. She served as chair of the Legacy Committee of the Tuskegee Syphilis Study which prompted a Presidential apology for the treatment of African Americans patients.

Dr. Gamble is an expert on the impact of racist medical theories and their resulting inequalities on African Americans’ experiences of and responses to the 1918 influenza pandemic. Dr. Gamble also provides a historical context for understanding the racial dimensions of COVID-19. Her recent lecture on the subject delivered at Carnegie Mellon University, January 22, and broadcast live via Zoom can be found on line.

Born in West Philadelphia, she and her sister were raised by a single mother, a presser at a dry cleaners, to raise two daughters on a very small income. Gamble attended Philadelphia High School for Girls with financial assistance from the White-Williams Scholars organization, a non-profit group that children from low-income families to pay for their education. She graduated summa cum laude in 1970 and went on to study medical sociology and human biology at Hampshire College in Amherst, Massachusetts, earning her bachelor’s degree in 1974. She wrote her senior thesis on the Tuskegee syphilis study, a tragic medical experiment which exploited the African American men recruited for the study, and which would become a central issue in Gamble’s career.

In 1997, Dr. Gamble chaired the Tuskegee Syphilis Study Legacy Committee.*
Two years later, Dr. Gamble was appointed head of the Association of American Medical Colleges’ (AAMC) Division of Community and Minority Programs. She also served as consultant or committee member on a range of projects run by national medical organizations, including the Institute of Medicine, the National Institutes of Health, the Centers for Disease Control and Prevention (CDC), and the American Foundation for AIDS Research.

In 2003 she was appointed associate professor in the department of health policy and management at the Johns Hopkins Bloomberg School of Public Health, where she was deputy director of the Center for Health Disparities Solutions.
Dr. Gamble wrote BLACK COMMUNITY HOSPITAL: Medical Care in the United States (out of print) and MAKING A PLACE FOR OURSELVES: THE BLACK HOSPITAL MOVEMENT, 1920-1945.

COVID-19: Have You Figured out Face Masks Yet?