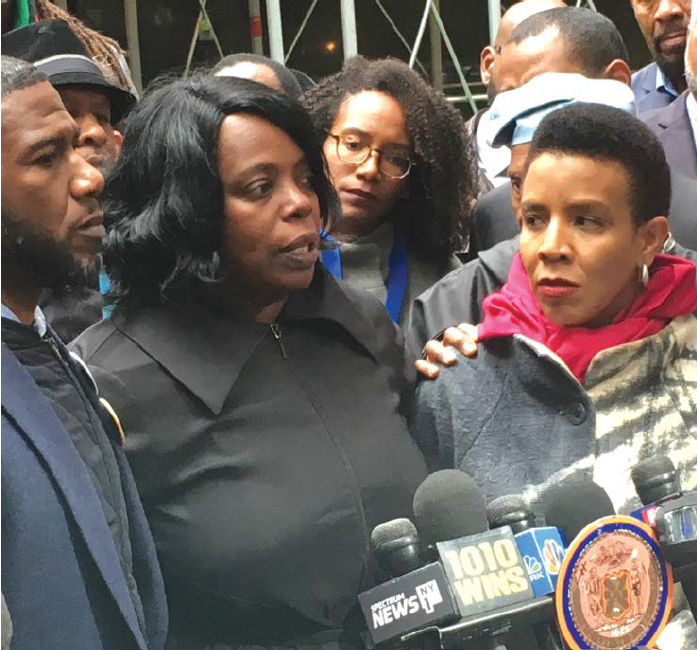 The African Burial Ground in lower Manhattan was desecrated by a racial slur last Thursday (Nov. 1st). At a packed press conference held on November 5th, political and religious leaders came together to speak out against the racist act, as well as the hate-filled atmosphere the country finds itself in.

The recognition is that this was only one in a series of racist and hate-motivated acts of terror in the past ten days. And there was the killing of two people in Kentucky, the pipe bombs around the country, the murderous attack at the Tree of Life synagogue and racist, anti-Semitic slurs on a synagogue in Brooklyn.

Council Member Jumaane Williams said, “We have to push back against the hatefulness and bigotry.”  Both he and Majority Leader Laurie A. Cumbo attributed the hateful atmosphere to the rhetoric coming from Washington.

Emphasis was made of the sacred nature of the African Burial Ground and its importance to the African-American community and the nation. The examination of the remains found there informs current generations of the brutality and suffering endured by Africans held as slaves to build the city and the nation.

There was much notice taken of the many surveillance cameras surrounding the Federal Building across the street and hope was expressed that the perpetrator’s image was captured and that he will be apprehended.