Chisholm to Get Statue at Prospect Park Entrance
Advertisement 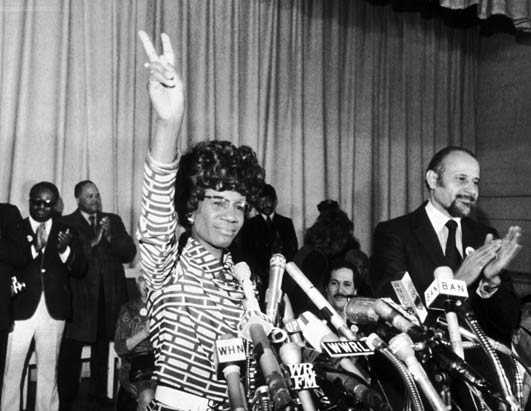 The late U.S. Rep. Shirley Chisholm (D-Brooklyn), 1924-2005, the political trailblazer who was both the first Black congresswoman and the first woman to seek the Democratic presidential nomination, will have a monument to her memory erected at the Parkside entrance to Prospect Park. This is the first monument commissioned as part of She Built NYC, an initiative to construct public monuments honoring the New York City women who have changed history, which kicked off with an open call for nominations in June 2018.

“Congresswoman Shirley Chisholm’s legacy of leadership and activism has paved the way for thousands of women to seek public office,” said NYC First Lady Chirlane McCray. “She is exactly the kind of New York woman whose contributions should be honored with representation in our public spaces, and that is now being realized with She Built NYC.”

At women.nyc, members of the public submitted nearly 2,000 nominations of women, groups of women and events in women’s history they believed should be permanently memorialized through She Built NYC. Ninety-eight percent of respondents said they would like to see a woman honored who was committed to social reform or justice. The most frequently used word in the submissions was “first,” followed by “leader” and then “advocate.”

An advisory panel with individuals representing a broad range of expertise and backgrounds helped refine the public submissions list and provided recommendations to the City. The selected artist who will design Rep. Chisholm’s monument will be announced in early 2019. The monument will be installed by the end of 2020. Brooklyn’s elected officials were quick to heap praise on the announcement.

Walker Gems: How a fashion icon shares life lessons with her community