Brooklyn Community Board 9 Vote for Next District Manager Stalls
Advertisement 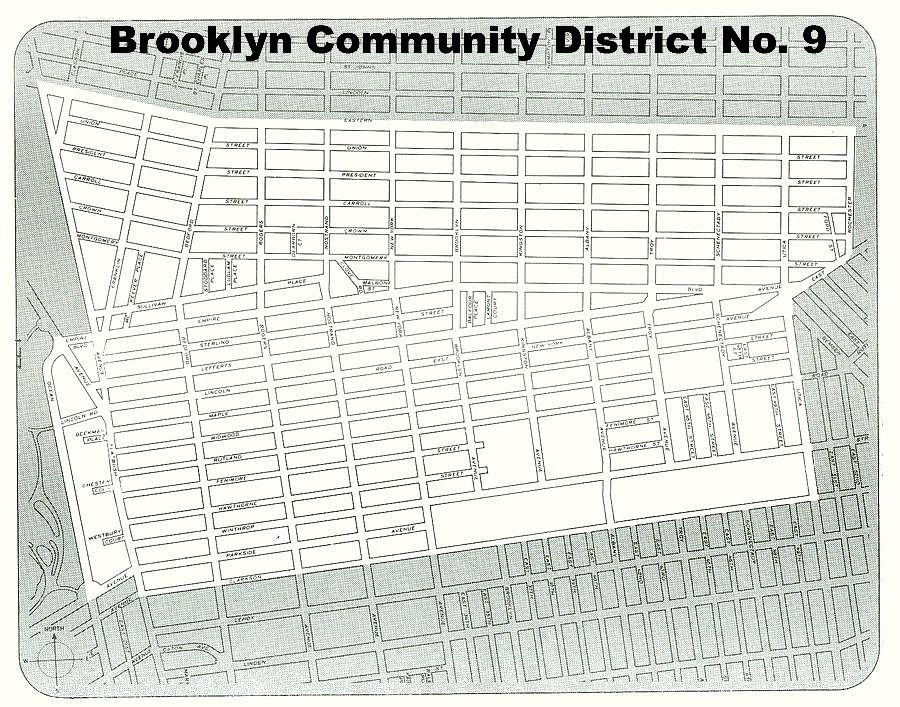 Brooklyn Community Board No. 9 (BK CB9) serves the communities of South Crown Heights, Prospect-Lefferts Gardens, Wingate and portions of North Flatbush. This area is feeling the squeeze from displacement caused by higher-income New Yorkers leaving posh neighborhoods to set up stakes in areas that are cheaper than where they once lived. In the midst of this neighborhood transition, BK CB9 is without a District Manager to manage the day-to-day needs of the residents and the board members. Some residents in that district wonder—some softly and others loudly—When will this community district have another District Manager? Pearl Miles had been a fixture in the District Manager’s seat until BK CB9 members voted her out of the position on October 28, 2015.

Next, Carmen Martinez, a CB9 board member, claimed the reigns of the community district office for a short time. Martinez enjoyed four months—from June to October of 2016. Rancor developed over the $100,000 annual salary bestowed to her. Other issues that rubbed many the wrong way was the absence of a search committee and the inadequate publicizing of the job vacancy. Given BK CB9 is nine members short of a full community board, Martinez would have better served the district by chairing/co-chairing a committee or being a vitally important committee member.

Many community district offices may appear to be quaint, independent buildings but they are a part of New York City government and must adhere to New York City rules. This latest effort at securing a competent administrator was officially ushered in when Unella Rhone-Perry became the Search Committee Chairperson. Rhone-Perry managed the dispersal of the job vacancy notice and scheduling interviews. The vacancy notice went out on January 2, 2018. It states, “…seeking an energetic dynamic and dedicated Community Organizer to serve as District Manager…” The interview period was during the month of February 2018.

While the number of interviews conducted is undisclosed to the public at this time, three candidates had been selected and were to be presented to the public on March 27, 2018, which was the night to vote for the next District Manager: Simone Bennett, BK CB9 Education Committee Chairperson; Fitzroy Searles, BK CB2 Community Associate. Searles has been employed by BK CB2 since 2014 where he is responsible “for resolving constituent service requests, managing board committees and providing administrative staff.” The third candidate’s name was not available, and the candidate was absent the night the vote was to take place. At approximately 10:05 PM, Board Chairperson Musa Moore directed the audience to leave Middle School 61’s auditorium so that the 25 attending community board members could have an impromptu executive session regarding the vote for the next District Manager. At approximately 10:45 PM, community residents, elected officials’ representatives and other attendees were requested to return to the auditorium. Mr. Moore informed the body that 1) The three resumes had not been reviewed, 2) A vote had been taken that resulted in increasing the number of job candidates from three persons to six, and 3) The voting was rescheduled to occur during the April general community board meeting on Tuesday, April 24, 2018. On March 28, 2018, this reporter called the BK CB9’s office to request the names of the District Manager candidates who were present at BK CB9’s March 27, 2018 general community board meeting to ensure accuracy of reporting. BK CB9 Community Assistant Khalid Nixon answered the telephone. Mr. Nixon gave the directions to e-mail this inquiry to the e-mail address: bk09@cb.nyc.gov. Mr. Nixon would then forward the request to BK CB9 Chairman Musa Moore. This reporter acted on the directions that same afternoon. As of March 30, 2018, response has not been received.