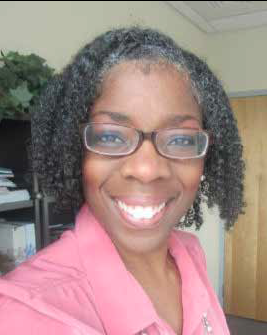 The City University of New York Board of Trustees today named Brigette A. Bryant as the first Vice Chancellor for University Advancement, a post in which she is charged with leading the development of a CUNY-wide advancement operation, essential to significantly increasing the university’s effectiveness in private fundraising. Ms. Bryant will work closely with the chancellor, Board of Trustees, donors, the college presidents and the senior advancement team throughout CUNY to increase the success of fundraising across the university. She will focus on the expansion of major and principal gifts, alumni relations and annual and planned giving, as well as best practices in resource development systems and infrastructure. CUNY has been working for over a year on plans to build a successful university-wide platform for fundraising and the recruitment of new advancement leadership is a critical part of these ongoing efforts.

“The creation of this new post of Vice Chancellor for University Advancement underlines the importance that the Board of Trustees places on increasing support from foundations and donors who believe in the critical mission of public higher education,” said Board Chairperson William C. Thompson, Jr. “The City University of New York has won national acclaim for its unparalleled ability to move low-income students into the middle class. That accomplishment sets the stage for Vice Chancellor Bryant, who has a critical task ahead of her.”

“Brigette Bryant brings the expertise CUNY needs to expand our private fundraising to support CUNY’s essential mission on a much larger scale,” said Chancellor James B. Milliken. “As the university expands its efforts to prepare students for a changing world, we need to rely more on support from the philanthropic community. I believe that in Brigette Bryant we have found an accomplished leader with a proven track record who fully embraces CUNY’s mission and strategic vision.”

“I’m a New Yorker by birth,” said Vice Chancellor Bryant, “and grew up on the Lower East Side of Manhattan. I watched my single mother work hard to balance college, work and the care of her two children. It took intense family sacrifice, but she graduated from John Jay College of Criminal Justice just two years shy of my own graduation from Fiorello H. LaGuardia High School of Music and the Arts. CUNY supported her determination. So, my interest in CUNY is personal, but also infused with professional commitment to providing access and opportunity to NYC students like my mother and me.”

At Seton Hall, Ms. Bryant more than doubled contributions and increased the number of donors by 35 percent. At Case Western Reserve, she also stepped into a position that had not previously existed, expanding a centralized fundraising team while unifying school-based fundraisers under a single university umbrella; she also managed her own portfolio, leading to a number of principal gifts. At Tufts, she led an alumni campaign, increasing by 25 percent the number of major gift donors and raising the giving level of existing donors. Under her leadership, total school giving represented nearly 40% of the university’s overall achievement.

Ms. Bryant earned a Bachelor of Music in Music Production and Engineering from Berklee College of Music.