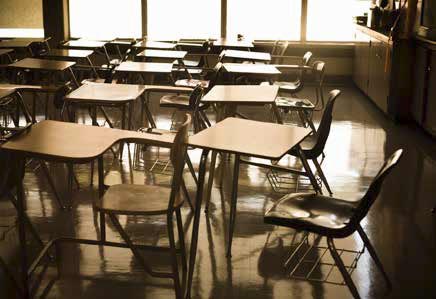 The many dynamics causing the shrinking enrollment and triggering the difficult recommendation to close P.S. 25 will move the process forward by their own inertia if community pressure is not brought to bear to change the course. Given choices of public schools outside the district or even outside the system These dynamics are as close as a parent’s trust in the teacher and the down the street school, and as far away as billionaire public education assassin Betsy DeVos and the education aspect of the Republican tax plan.

According to the DOE School Quality Snapshot 2016-2017 of the overall dismal performance of city schools on State tests, PS 25 ranks higher than the city averages across the vast majority of categories. The performance on state tests in English shows 47% at P.S. 25 meeting state standards versus 29% for the district and 40% citywide. When the challenges facing the students are taken into consideration, the Comparison Group achieves only 26% of state standards. The same is true in math. 48% meeting state standards for PS 25 versus 27% for the district, 42% citywide and 28% by Comparison Group. The challenge is to double the enrollment, perhaps with an enthusiastic-current-parent-to-prospective-parent campaign of after-work buffets, coupled with a plan to bring the school averages up to 100% on State tests.

Citywide averages 40% on state education tests is not only a civic emergency, in this hyper-competitive world, with the highly-educated from around the country and the world coming to Brooklyn, it is an existential threat to the well-being of the black and brown communities occupying the bottom rungs of the education ladder.

The community has to raise its voice and be in the struggle here on the ground because the Republican tax plan is coming to take what resources there are. In the accompany essay, “Tax Incentives to Secede from Public Education” Richard D. Kahlenberg says of the tax plan’s relation to public education “The stakes are high. A 2011 report of the Center on Education policy estimated that complete elimination of the state and local tax deduction would deprive public schools of $17 billion—an amount greater than the entirety of Title I federal financing for public education. Michael Dannenberg of Democrats for Education Reform estimates that the House bill “would whack about $250 billion in support for public education over the next ten years.”

President Trump has place us in a war for the soul and future of the nation, and the schools are where the battle is fought door-to-door. As the late Bedford-Stuyvesant activist Janie Lee Green repeatedly said, “If you lose the schools you lose the community.” If we are to raise the standard and keep our local schools, we need that on-the-ground spirit now more than ever.