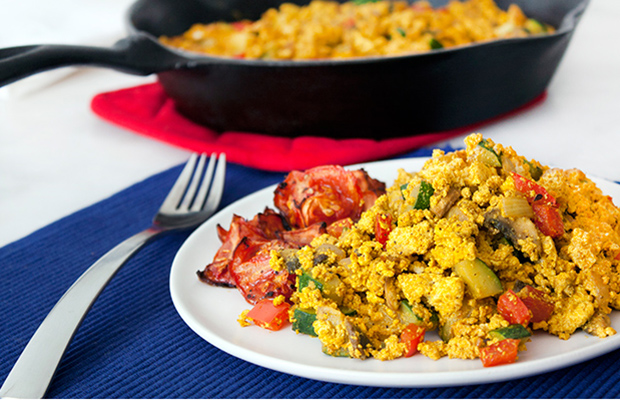 Does the beast in you come out when you run out of bologna and a friend offers you a bowl of savory rice and beans? Do you find walking up three flights of stairs leaves you heaving? It may be time to join Brooklyn Borough President Eric Adams in his crusade to have more people eat tasty meals that heal one’s body and mind. Yes, food is our medicine but allopathic medicine is not our food.

On Monday, November 5thBP Adams filled the courtroom with the curious and the confirmed vegan eater. He encouraged attendees to participate in the upcoming Brooklyn 10-Day Jump-start Your Health Challengewith plates of delicious main and side dishes that were free of animal products and such loved oils as olive oil, coconut oil, Grapeseed oil and walnut oil. The food was seasoned with various spices and herbs simmering in a small amount of water. There were two sauces to further tickle the palate. The start date of the challenge is Monday, November 12, 2018.

Given that social media rules can bring people together with some taps on a handheld device, laptop or desktop computer, a Facebook Group page and YouTube Live sessions have been established. The Facebook page is Brooklyn 10-Day Jump-start Your Health Challenge.

The table at which this reporter sat had very devoted vegans. They discussed the politics surrounding veganism. There are moves afoot to distinguish milk from animals from nut milks, although the cartons indicate whether the product is made from oatmeal, rice, hemp or soybean. In fact, the dairy industry strives to have the word “milk” assigned only to the white liquid from mammals. This distinction would cover such products as yogurt, kefir, cheeses and the like.

The confirmed vegans at my table championed ceasing the intake of all dairy, meats, oils, refined flours and sugar-based products. In truth, giving up these items can bring vitality, mental clarity, stamina and weight loss. Regarding the vegetable oils, it is found that “oils are highly processed and damage the arteries.” This finding is a 180-degree turn in the opinion of oils, particularly olive oil. For decades, the Mediterranean diet, which features olive oil, was considered healthy.

Anthony Massiello, a featured speaker, came to the front of the room to give his testimonial about his positive life changes brought on by eating vegan. Massiello had allowed himself to gain 330 pounds. He explained, “I suffered with high blood pressure and longed to be active with my children.” He owned a train set that supported adult weight and intended to ride on it with his wife and two sons. At first, he was unable to lose the weight. He thought eating less would have the weight leave him, however, he gained weight.

“Once I changed my food choices, I lost weight progressively,” was Massiello’s observation. He experienced the benefits of a vegan diet, dropping 160 pounds and “was able to ride on the miniature train with his family.”

Doug Schmidt followed Massiello. Schmidt had gained weight and developed heart disease. Schmidt and his wife Shari did their research to uncover the food and exercise regimen that would reverse his health emergency. The answer was veganism. At age 60, he lost 60 pounds and was cured of high blood pressure.

Unfortunately, the public is slow to try a vegan diet. There is a belief that the food will not be appetizing, however, most food is flavorful and it is up to the cook to select the seasonings. People can include shallots, scallions, onions and garlic to their recipes. The vegan diet consists of vegetables, fruits, nuts, seeds, whole grains and organic seasonings. The protein sources include beans, seeds, tofu, tempeh, seitan, collard greens, kale and spinach. There is also millet, quinoa, lentils and split peas. Because this food is lower in calories and burns faster than meat, eating five times per day rather than three times per day will probably occur. Further, sweet potatoes and yams such as negro yam, coco yam and malanga burn slower and will be sustenance throughout the day.

One fact not introduced in the conversation is many humans have worms and other organisms in their bowels and other organs. These organisms influence our food choices. They enjoy sugar. Therefore, people must consider is it the person or organism that craves the sweet drink, candy or meat, or is it the tapeworm that wants these things.

Life is Not a Sprint.  Life is a Marathon.