BP Adams to Supreme Court Confirmation: “(You) have prioritized politics over principles; We will continue to fight for a fairer, more just democracy.”
Advertisement 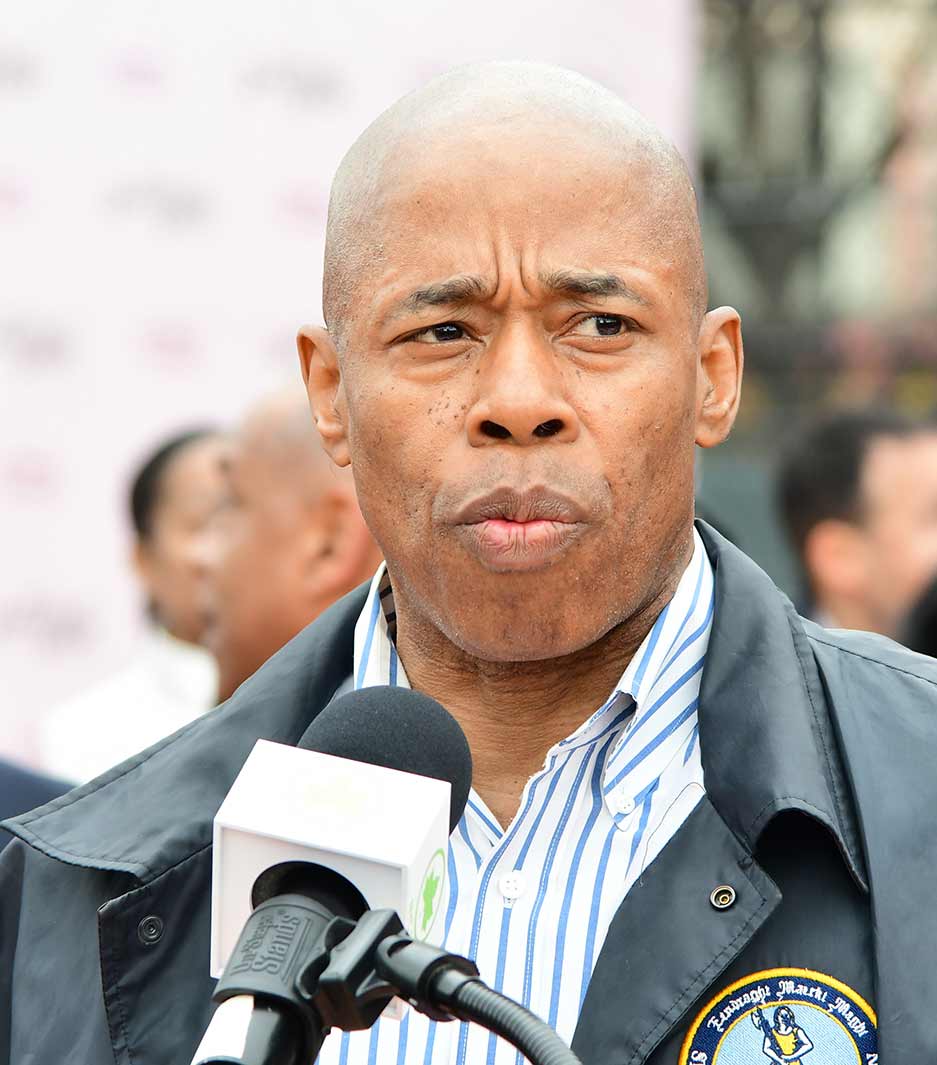 “Weeks ago, we stood with advocates and elected officials in front of the newly-renamed Ruth Bader Ginsburg Municipal Building calling on Senate Majority Leader McConnell not to confirm any Supreme Court Justice until a new president takes office. Justice Ginsburg was a giant of the law, and she applied the ideals of equality and inclusivity that she learned from her Brooklyn upbringing to leave an indelible mark on American jurisprudence. Her last wish before she transitioned was that she would not be replaced until a new president is installed. Today, the Senate majority chose to defy a rule set forth by Leader McConnell, the will of the 58.6 million Americans who have already cast their ballots, and Justice Ginsburg’s wish, in confirming Amy Coney Barrett to the highest court in the land. It’s clear that the Majority Leader and the President have prioritized politics over principles. Brooklynites have already taken to the polls in record numbers these past few days to make their voices heard, and we will continue to fight for a fairer, more just democracy – as Justice Ginsburg would have wanted.”

By Aprille Russell
On October 27, Amy Coney Barrett was sworn in as the latest justice on the U. S. Supreme Court, filling the vacancy caused by the death of Justice Ruth Bader Ginsburg just five weeks ago. Barrett was confirmed by the U. S. Senate 52-48 with all Democrats and Susan Collins (R-Maine) opposed.
A graduate of Notre Dame Law School, Barrett worked on the team representing then-candidate George W. Bush in the Supreme Court case Bush v. Gore where the court halted the counting of votes, handing the presidency to a Republican candidate who lost the popular vote. Barrett joins on the Supreme Court fellow Bush representation team members Chief Justice John Roberts and Associate Justice Brett Kavanaugh—just in time for an election President Donald Trump often has said must be fraudulent if he does not win. Said Trump about the election after Ginsburg’s death, “I think this will end up in the Supreme Court. And I think it’s very important that we have nine justices.”
Barrett was confirmed during a presidential election where over 60 million votes already had been cast and the final day of voting (also known as Election Day) was a mere eight days away. By contrast, Senate Majority Leader Mitch McConnell (R-Kentucky) refused to allow confirmation hearings for President Barack Obama’s nomination of Merrick Garland in 2016, which occurred more than nine months before the end of Obama’s term. Said McConnell of blocking Garland’s nomination, “The American people are about to weigh in on who is going to be the president. And that’s the person, whoever that may be, who ought to be making this appointment.”
At age 48, Barrett is by any measure the least experienced person confirmed to the Supreme Court since 1991, when President George H. W. Bush nominated Clarence Thomas, then age 43, to replace Justice Thurgood Marshall. Clarence Thomas, however, had public service experience Barrett lacks.
Barrett has never argued before the Supreme Court, has never litigated in any federal court, and has almost no experience practicing law. She was tapped by President Trump from her longtime position as a professor at Notre Dame Law School directly to the U. S. Court of Appeals for the Seventh Circuit in 2017.
A rising star in the Federalist Society, Barrett’s writings and public statements reflect the Federalist Society’s so-called “originalist” or “textualist” judicial philosophy. Although her paper trail of legal opinions is thin, Barrett has written articles and delivered speeches indicating a disdain for Roe v. Wade, antipathy towards the Affordable Care Act and its constitutionality, and a commitment to helping Republican candidates win the presidency through the power of the courts when they’ve lost the popular vote.
If you are a woman, if you are a person of color, if you are an LGBTQ person, there has come a time when your basic rights and dignity were affirmed by the Supreme Court in ways the Founding Fathers never considered. Maybe it was Brown v. Board of Education affirming that the “separate-but-equal” racial segregation of schoolchildren was unconstitutional. Maybe it was Griswold v. Connecticut affirming that married couples could buy and use birth control without government restriction. Maybe it was Obergefell v. Hodges ruling that the right to marry is guaranteed to same-sex couples. The Supreme Court matters to our daily lives. Associate Justice Amy Coney Barrett shifting the Supreme Court rightward 6-3 matters.
Lacking a Senate majority, Democrats were powerless to stop her confirmation. Where do we go from here?
Now, as always, the future lies in the hands of the voters. If you believe Amy Coney Barrett is a welcome addition to the Supreme Court, vote for senators and a president who share your view. If you believe Amy Coney Barrett is dangerous for this country, vote for senators and a president who agree. And vote for down-ballot candidates (including representatives, governors and attorneys general) who support your views because much of election law and access to the ballot box is determined by your state-level elected officials.
Vote for your future. Vote like your life depends upon it.
Aprille Russell is a nonprofit professional with an extensive background in development, communications, operations and strategic planning. She has served organizations dedicated to supportive housing for homeless persons, early childhood education, pulmonary research, civil rights and women’s rights.