Barriers Broken in Brooklyn and DC 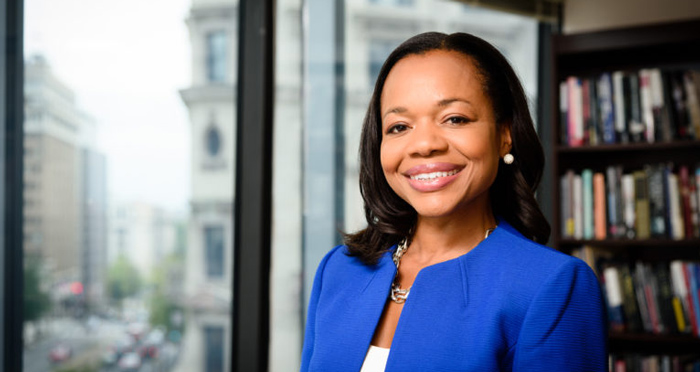 Set for vote by Senate Committee this week, she would be the first woman to head the DOJ’s Civil Rights Division

By Hazel Trice Edney
(TriceEdneyWire.com) – A coalition of organizations led by some of the most powerful Black women in America this week called for the immediate vote on the confirmation of civil rights lawyer Kristen Clarke, President Joseph Biden’s nominee for the position of assistant attorney general for civil rights.

Nominated five months ago, Clarke, a graduate of Harvard and Columbia University Law School, was interviewed during a Senate Judiciary Committee hearing April 14. But she has yet to receive a vote on whether to send her nomination before the full Senate. Black leaders across the nation fear the Committee could drag out the confirmation debate into the summer months as crucial civil rights issues lay dormant. The Committee vote is now set for Thursday this week, May 13.

Clarke’s philosophy on civil rights is best expressed through her own words.
“Where you see wrong or inequality or injustice, speak out, because this is your country. This is your democracy. Make it. Protect it. Pass it on,” she said in her written testimony before the Judiciary Committee. “I’ve tried to do just that at every step of my career, from the voting rights project at the NAACP Legal Defense Fund, to the Civil Rights Bureau in the New York State Attorney General’s Office, where I was the state’s top civil rights enforcement officer. And since 2015, I’ve led the Lawyers’ Committee for Civil Rights Under Law, one of the nation’s leading civil rights legal organizations.”
Given the crucial issues being dealt with by America’s civil rights community, including voting rights, police brutality and police killings of Black people, leaders say that Clarke’s background of fighting for justice on those issues alongside other civil rights leaders makes her a perfect fit to lead the division. But a 50-50 split between Democrats and Republicans on the Committee may be in the way.

Melanie Campbell, president/CEO of the National Coalition on Black Civic Participation and convener of the Black Women’s Roundtable, said “History has shown us that we have to always speak up; especially when it comes to women of color who are put up for these positions to serve and she has been a servant leader all of her life.”

Karen Boykin-Towns, NAACP board vice chair, stressed the urgency of the issues now faced by the civil rights community.

“This nation needs its top civil rights law enforcement officer, and we need her now. Police violence continues to take the lives of Black Americans; We see a rise in hate crimes against the AAPI (Asian Americans and Pacific Islanders); domestic terrorism rooted in White supremacy represents our greatest internal threat. And on top of everything, we are still struggling with devastating racial impact of a pandemic that is now going into a second year. The work of a civil rights division has never been more critical and who leads it matters greatly,” Boykin-Towns said. “Since the murder of George Floyd, there has been over a hundred police killings of Black people. We’re in a state of emergency.”

And so, her confirmation now and not lingering into the summer is so imperative.”
The coalition was also joined by Jotaka Eaddy, chief organizer of the Win with Black Women Collective; Virginia W. Harris, president, National Coalition of 100 Black Women, Inc., and Beverly Smith, national president/CEO for Delta Sigma Theta Sorority, Inc.

Truth Teller Liz Cheney Ousted by the Republicans: Is this the Beginning of the End of GOP’s “Party”?