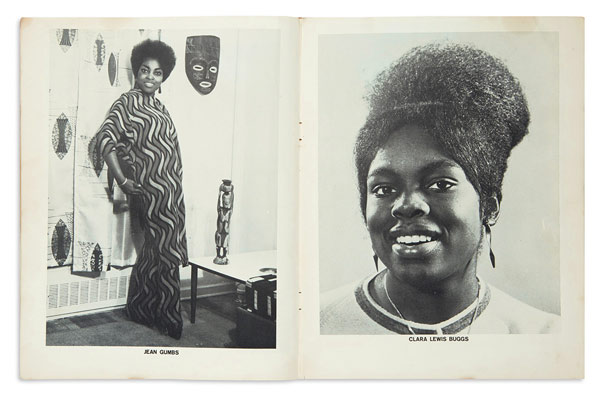 The annual auction of printed and manuscript African Americana reminds of a time when there was no value placed on Black lives save for the documentation in accounting books and ledgers.
Each year brings a new story, a new value to notes, the printed word by or about Black people
in America. And each year the value increases.
Today at Swann Galleries , “an early draft of Dr. Martin Luther King, Jr.’s “ April 16, 1963 “Letter from Birmingham Jail” leads the sale of African Americana.
The sale is also offering other items related to Dr. King, and covers a wide spectrum of printed items related to gamechangers and key figures of movements and incidents of historical, cultural or social importance at the time to the Black community, but may have met with eschewal by “outsiders.”
Along with items from Frederick Douglass’ abolitionist era, King’s Civil Rights Movement time, and breakthroughs in arts and culture from the period embracing the Harlem Renaissance to Kwame Brathwaite and Elombe Brath’s 1960’s unifying Black is Beautiful themes are up for auction.

Black Panther material features a 1968 poster advertising a Free Huey Rally at Oakland Auditorium ($3,000-4,000); a group of 30 different Black Panther and Black Power pinbacks ($1,200-1,800); and Our Folk Tales: High John the Conqueror and Other Afro-American Tales, published by the Student Non-Violent Coordinating Committee and compiled by Julius Lester circa 1967 ($1,000-1,500).
Additional noteworthy lots include a first edition of Poems on Various Subjects, Religious and Moral, London, 1773, by Phillis Wheatley ($8,000-12,000); a complete run of four issues of Black Opals, 1927–28, the legendary limited-edition journal published in Philadelphia and closely tied to the Harlem Renaissance ($5,000-7,500); and papers of Margaret P. Simmons of the Women’s Army Corps dated from 1939 to 1993 ($800-1,200).
One item of particular interest captures a bit of formerly little-known Black Brooklyn and Women’s histories: The Lincoln Settlement Pamphlet.
According to information provided by the Swann Gallery , “The Lincoln Settlement was established in 1908 to provide services to poor families in Brooklyn, including a day nursery and kindergarten to support working mothers, plus a variety of classes and clubs for older children.

“Their building was at 105 Fleet Place between downtown Brooklyn and Fort Greene Park. Its founders were Verina Morton-Jones, a Black physician who left her practice in 1914 to provide daily leadership to the Settlement (as discussed here), and Mary White Ovington, a white crusader for racial justice, listed here as the Settlement’s president.
“Both women were also among the key founders of the NAACP. The Settlement was later absorbed into the New York Urban League. This is the earliest publication of the Lincoln Settlement listed.”
The one staple-bound, 5 3/4 x 3 1/4 inch copy is the only one that has been traced. And today’s offering, starting at $300-$400, is it.”
The results of the auctions will be reported next week.

Vera Pigee: Pivotal In The Desegregation Of The Whites-only Bus Terminal In Clarksdale, MS