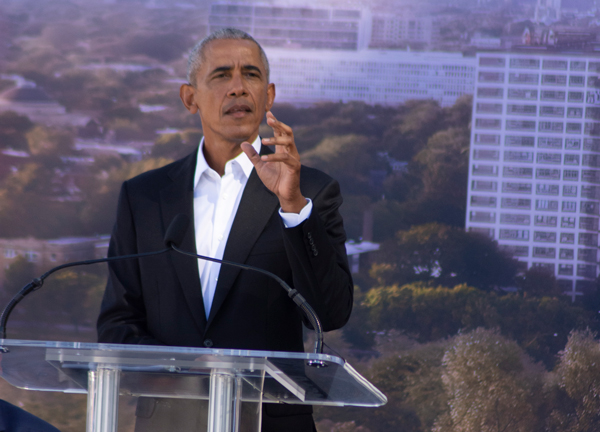 by Martin Pengelly
www.theguardian.com
Barack Obama says wealthy Americans – including himself – can afford tax rises to help fund Joe Biden’s ambitious spending plan.
“I think they can afford it,” Obama told ABC’s Good Morning America. “We can afford it. I put myself in this category now.”
Obama is reckoned to have a personal fortune of around $70m. Since leaving the White House in 2017 he has released a bestselling memoir as part of a $65m book deal and, also with his wife, Michelle Obama, signed a Netflix deal thought to be worth more than $100m. He spoke to ABC to mark the start of construction at his presidential library, in Chicago.

Republicans and business groups oppose corporate and personal tax rises in the Biden spending package, which is priced at $3.5tn and aims to boost healthcare, childcare, the fight against climate change and other Democratic priorities.

The Nation Has Lost a Leader