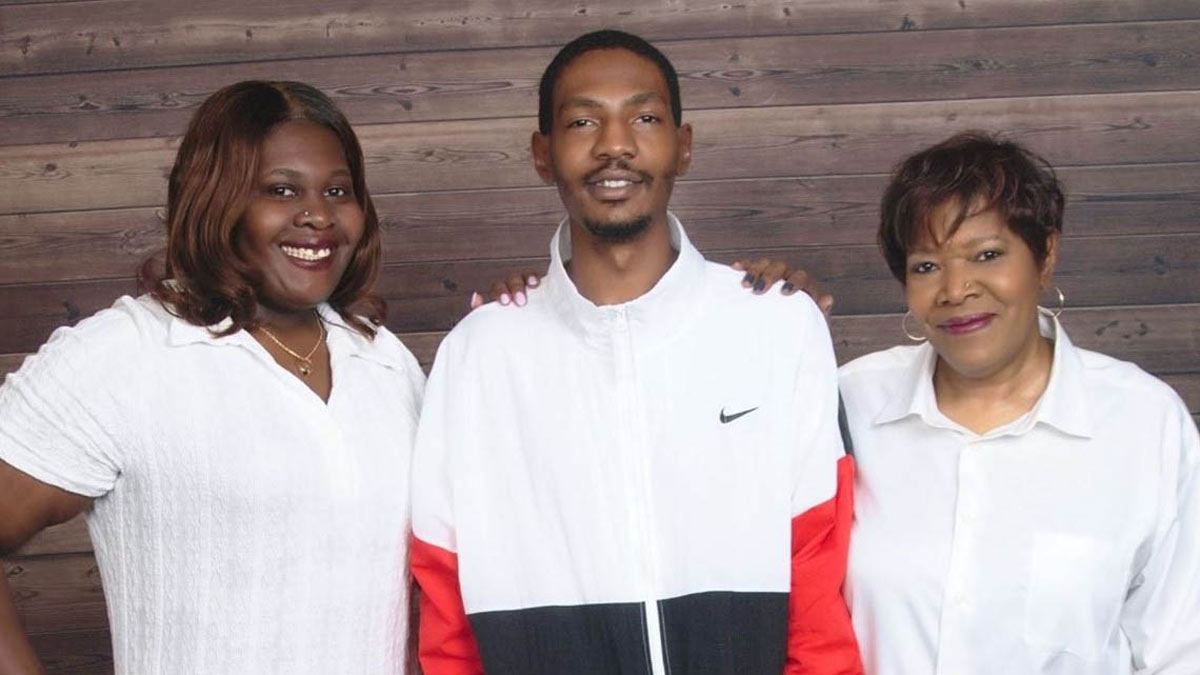 By Polo Sandoval
John Couwels, CNN
Jayland Walker was handcuffed behind his back when his body arrived at the coroner’s office to be processed as part of the investigation into the officers who shot and killed him in Akron last week, according to a medical examiner›s report that was reviewed by CNN.
The preliminary report by the Summit County Medical Examiner’s Office contains several pages of thumbnail photos showing Walker dead and handcuffed at the scene. The photos also contain evidence of lifesaving efforts, including what appear to be tourniquets and bandages attached to and lying around his body.
CNN was allowed to review the report but not make copies, per office policy.
A final autopsy report will be turned over to the Ohio Bureau of Criminal Investigations, which is investigating any criminal wrongdoing by the officers. The autopsy report will be part of what the state attorney general’s office considers for presenting a case to a grand jury.

What we know about the fatal police shooting of Jayland Walker
Walker was killed in the early morning hours of June 27 after he fled what police said was an attempted traffic stop, leading officers on an 18-minute car chase and then a brief foot chase. It ended after he quickly stopped and officers believed he was reaching toward his waist, and “felt that Mr. Walker had turned and was motioning and moving into a firing position,” officials have said.
Eight officers fired dozens of bullets resulting in more than 60 gunshot wounds, officials have said.
CNN has reached out to the Akron Police Department for comment on its policy for handcuffing people who have died in officer custody.
Photos taken at the medical examiner’s office hours after the shooting show Walker in the body bag and subsequently on the examining table. The photos show dozens of gunshot wounds from his ankle to his cheek on both sides of his body.
Photographs in the report also show items such as Walker’s driver’s license and a bloodied set of handcuffs.

What police say happened
City and police officials spoke at a news conference Sunday and released 13 police body camera videos of events leading up to Walker’s shooting.
Walker was unarmed at the time he was killed, Akron Police Chief Stephen Mylett told reporters. A gun was found in Walker’s vehicle after the shooting, police said, and officers said Walker fired a gun from his vehicle during the car chase.
Narrated video released by police says that about 40 seconds after the start of the pursuit, “a sound consistent with a gunshot can be heard” in body camera footage, and the officers told dispatch that a gunshot had been fired from Walker’s vehicle. Police also showed still images taken from traffic cameras that showed “a flash of light” — perhaps a muzzle flash — along the driver’s side of the car.
Jayland Walker suffered at least 60 wounds in fatal police shooting, Akron police chief says, as authorities release bodycam footage
“That changes the whole nature” of the incident, Mylett said, turning a “routine traffic stop” into a “public safety issue.”
After several minutes, body camera video shows that Walker’s vehicle slowed and he exited the vehicle and ran. Several police officers got out of their patrol cars and chased him, and officers deployed Tasers in an effort to stop him, police said, but were unsuccessful.
Moments later, when police said Walker stopped and turned toward the officers, they opened fire, killing him.
Eight officers were “directly involved” in the shooting, Mylett said Sunday, and all have been placed on paid administrative leave pending the outcome of the investigation.
Protests follow the shooting
There were protests over Walker’s killing Sunday that started peacefully but turned violent after night fell, Akron Mayor Dan Horrigan said. He said there was “significant property damage done to downtown Akron” and police said they arrested around 50 people after protesters failed to disperse.
The Patrick Lyoya shooting reopens debate about how police interact with Black people. Here are other high-profile cases
Walker’s family had asked that any protests remain peaceful to honor his memory.
Robert Dejournett, a relative of Walker’s and a local pastor, said the 25-year-old was a fun-loving young man full of jokes, who was adored by everyone.
“We’re God-fearing folk who believe in God and we want to exemplify that even in this process,” Dejournett told CNN, “we don’t want any rioting or anything like that.”
“Personally, I want to scream out and be mad,” the pastor said, “but what is that gonna do?”
Horrigan instituted a nighttime curfew Monday and Tuesday for downtown Akron to avoid further violence. He plans to lift the curfew Wednesday morning.
“Citizens have a right to make their voices heard, and I fully support that,” the mayor said in a statement on the city’s website. “In an effort to support all those who are peacefully protesting, I plan to lift the curfew in our downtown footprint starting tomorrow. As always, public safety remains our top priority and I urge our community to report any instances or threats of violence or destruction so that a small group of agitators does not cause further damage to our city and small businesses.”