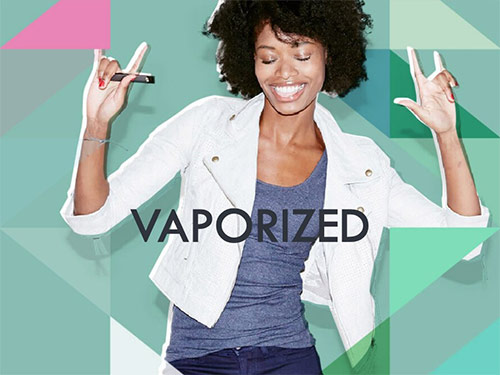 NEW YORK – New York Attorney General Letitia James today announced a lawsuit against the electronic cigarette company JUUL Labs, Inc. (JUUL) for deceptive and misleading marketing of its e-cigarettes, which contributed to the ongoing youth vaping epidemic in New York State. The lawsuit, filed in New York County Supreme Court, alleges that JUUL took a page from Big Tobacco’s playbook by engaging in deceptive business practices when marketing and advertising its products, and illegally sold its products to minors through its website and in third-party retail stores throughout the state, causing large numbers of New York youth to become addicted to nicotine. The suit also alleges that JUUL’s advertising campaign misled consumers by failing to warn that they contained nicotine, and by misrepresenting its products as a safer alternative to traditional cigarettes.

JUUL’s pervasive ad campaign, which included bright, colorful images of attractive young models, appealed to underage youth. Through this ad campaign, JUUL contributed to an upsurge of youth e-cigarette use. The damage done by the company’s ads since its launch has already been felt by millions of youth across the country. The results of a recent National Youth Tobacco Survey show that approximately 4.1 million high school students and 1.2 million middle school students across the country currently use e-cigarettes. In New York, a third of high-schoolers smoke e-cigarettes. JUUL currently represents 70 percent of the market share for e-cigarettes and is a dominant player in the industry.

“There can be no doubt that JUUL’s aggressive advertising has significantly contributed to the public health crisis that has left youth in New York and across the country addicted to its products,” said Attorney General James. “By glamorizing vaping, while at the same time downplaying the nicotine found in vaping products, JUUL is putting countless New Yorkers at risk. I am prepared to use every legal tool in our arsenal to protect the health and safety of our youth.”

The lawsuit alleges that JUUL’s conduct violates General Business Law §§ 349 and 350, which prohibit deceptive acts and practices and false advertising; Common Law Public Nuisance, which prohibits substantial and unreasonable interference with the public health; and Executive Law § 63(12), which prohibits repeated and persistent fraud and illegality based on violations of the New York Public Health Law prohibiting underage sales of tobacco products to minors. Additionally, JUUL allegedly violated the Federal Trade Commission Act §5 by prohibiting unfair business practices that substantially injure consumers, and the Food, Drug & Cosmetic Act 21 U.S.C. § 387k, prohibiting the introduction into interstate commerce of any modified risk tobacco product without an order from the Secretary of Health & Human Services.

As of November 13, 2019, New York State law was changed, making it illegal to sell nicotine products, including e-cigarettes, to consumers who are under 21 years old. Previously, the law applied to consumers younger than age 18. Despite this prohibition, JUUL violated the law by selling its products to New Yorkers under the age of 18.

When JUUL launched in 2015, New York consumers were introduced to the company through targeted launch parties held in New York City and the Hamptons. Taking a page from Big Tobacco’s playbook, its ad campaigns featured young, attractive models, accompanied by the catchy phrase, “Vaporized,” with corresponding social media hashtags, including #Vaporized, #JUUL, #LightsCameraVapor and #JUULvapor. JUUL further attracted teenagers by selling flavored products, and by failing to advertise the nicotine content in its products. Nicotine is highly addictive and harmful to young people. In subsequent years, JUUL’s social media presence continued to focus heavily on attracting young audiences. A 2018 study found that approximately 45 percent of the individuals who were following the official @JUULvapor Twitter account in April 2018 were between the ages of 13 and 17, while only 20 percent of followers were 21 or over.

In addition to marketing to young New Yorkers, JUUL engaged in direct outreach to high school students, including in at least one New York City school where a JUUL representative falsely stated to high school freshmen that its products were safer than cigarettes. JUUL’s pervasive launch and ad campaign reached teenagers across the country, who then introduced JUUL’s products to their peers in rapid numbers. By 2017, JUUL’s products were ubiquitous in schools around the country.