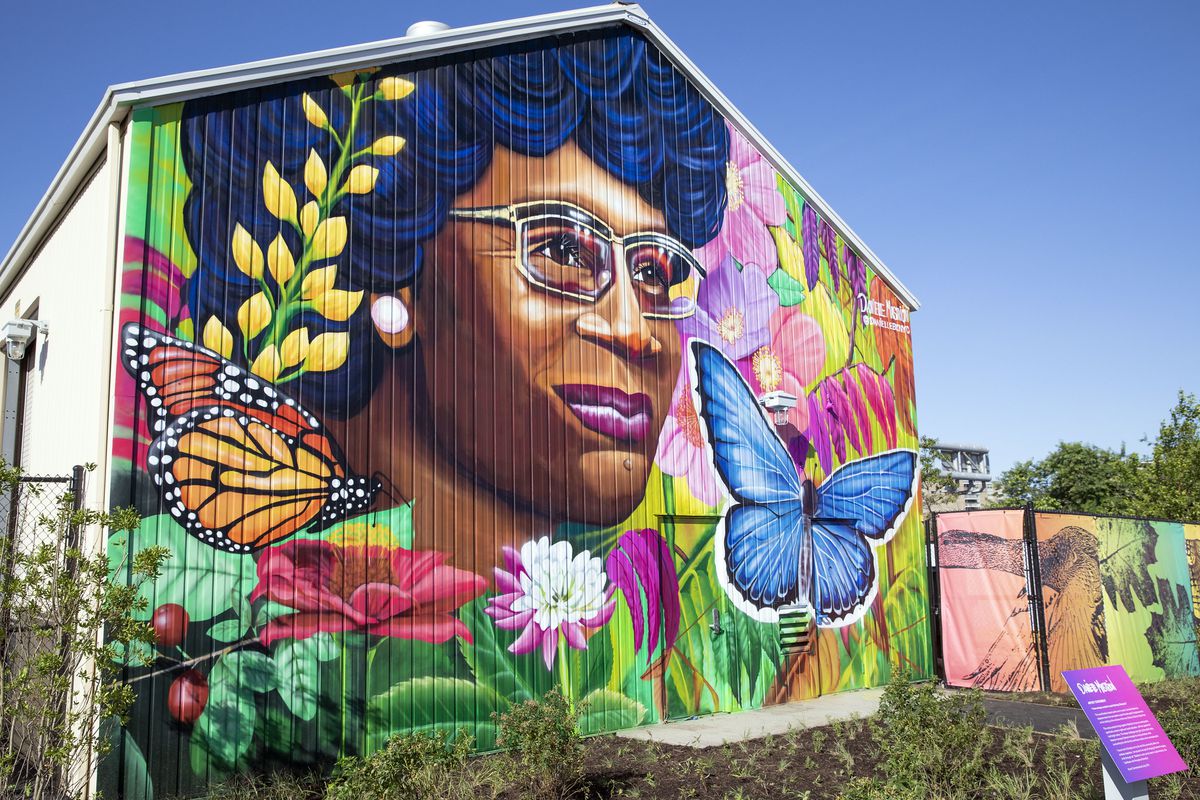 Brooklyn’s own Congresswoman Shirley Chisholm, the first Black woman to run for President of the United States, was honored in a big way last week with the opening of Shirley Chisholm State Park in East New York.

Under the initial $20 million phase, the park will provide ten miles of marked trails for hiking and biking; a bayside pier for picnicking and fishing along the park’s Pennsylvania Avenue side and water access. Environmental educators will offer programs for children who visit the park where partnerships are planned with environmental groups such as Audubon New York. In addition, a partnership with Bike New York will create the Shirley Chisholm State Park Bike Library, offering free loaner bikes of all sizes to ride the crushed stone trails of the park.

The park also features a colorful mural honoring Chisholm by Brooklyn muralist Danielle Mastrion. Chisholm, a Brooklyn native, was the first African American woman elected to Congress in 1969. She ran in the Democratic primary for President in 1972 as the first African American woman to seek the nation’s highest office. A decade after her death in 2005, she was awarded the Presidential Medal of Freedom by President Barack Obama.

Under a second $20 million phase currently under design, additions to the park will include a grand entrance on Fountain Avenue, lawn patios – with one large enough for open-air community gatherings and performances – a patio overlooking Hendrix Creek, and pop-up environmental education facilities in both the Fountain and Pennsylvania Avenue sections of the park. This work should be completed in 2021.

The park is a prime example of the beneficial reuse of a formerly contaminated property. State parks worked closely with the New York State Department of Environmental Conservation (DEC) to craft redevelopment plans that are protective of public health and the environment. DEC will continue to work closely with state parks as subsequent phases of the park proceed in the future.

“Today, we add another gem to our treasure trove of state parks, transforming what was once a blemish on the South Brooklyn community into exquisite open space,” said Governor Andrew M. Cuomo.

Congressman Jerrold Nadler said, “For too long, we have not done enough to honor the significant contributions of women in our city, state and nation. Today’s opening of New York’s newest park, the Shirley Chisholm State Park, is an important step in correcting that omission. Shirley, who was elected here in Brooklyn, was the first Black woman elected to Congress, and it is fitting that New York City’s largest park will be named after a woman who was a true trailblazer.”

“Today, we begin another exciting day in Brooklyn as we open the first phase of the Shirley Chisholm State Park. Residents of Senate District 19 can look forward to enjoying water sports, hiking, picnicking and other wonderful and healthy activities not far from their homes. No longer will we need to travel miles away to enjoy activities on the water; we now have a state-of-the-art park in our backyard. I commend Governor Cuomo for including this park in the Vital Brooklyn plan and look forward to the full completion in 2021.”

“Shirley Chisholm is an iconic figure and a major part of our history here in Brooklyn,’ said Senator Kevin Parker. “I am proud to join Governor Cuomo and my colleagues in government for the opening. This is a huge honor and generations to come will have the opportunity to enjoy the park and celebrate Shirley Chisholm’s legacy.”