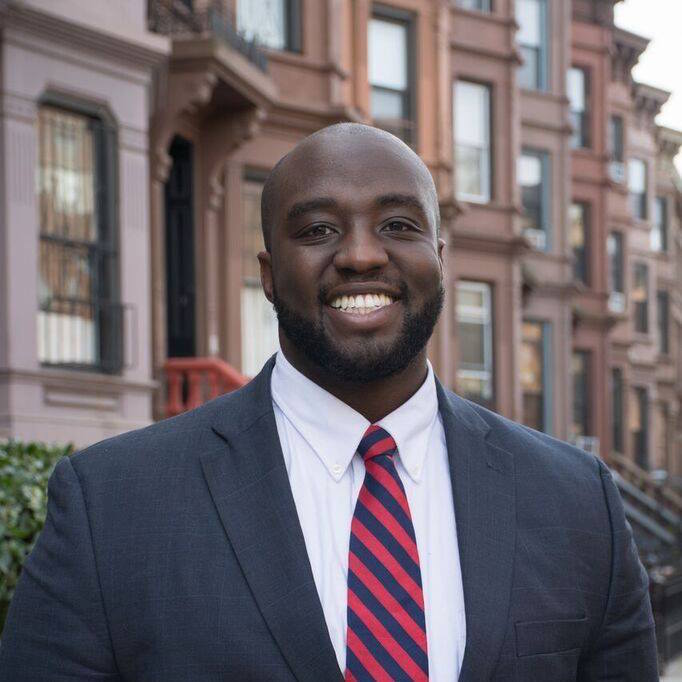 Michael Cox, a Democrat with a long resume in politics, has challenged incumbent Velmanette Montgomery in the Sept. 13 Democratic Primary race for District 25 in the New York State Senate.

Montgomery, who has held the seat for 32 years (although the district lines have changed several times), is currently the ranking Democrat on the Senate Committee on Children and Families. The district includes Red Hook, Bedford-Stuyvesant and parts of Brooklyn Heights, Sunset Park, Park Slope and Crown Heights.

Cox, originally from Crown Heights and now residing in Bedford-Stuyvesant, is currently pursuing his candidacy (full-time) after a solid history working in politics and as a teacher in East New York. The political stints includes serving as a policy advisor to Congressman Gregory Meeks (D-Queens) and former Congressman Dan Maffei (D-Syracuse), during which time he also served on the House Congressional Black Caucus Education Task Force.

Cox says he is running for the state Senate seat because the community faces enormous education, unemployment, crime and police relations, and affordable housing challenges, and that Montgomery, after 32 years, seems unable to develop solutions.

“These problems have only gotten worse and our community is suffering. My experience as a teacher, a congressional staffer, an Obama Administration official focused on jobs,  economic development and the head of government affairs at NYU Brooklyn, has given me insights into how to solve the problems we face as a community together,” said Cox.

Cox says all of his solutions for the community could have been introduced by Montgomery but have not been.

“These are all solutions our community needs and it is time to provide these public services to deserving community members. On day one, I will introduce legislation to increase access to guidance counselors, social workers and school psychologists to support teachers and community schools, help students with special needs, to engage in whole child education and help students find and engage their passion. I will create binding apprenticeship requirements for projects that take tax credits. Brooklyn leads the United States in construction projects, yet residents aren’t benefiting from construction jobs. These construction projects, which benefits from public funding, must create a public benefit; and by ensuring job training that accompanies each project we will make certain that Brooklyn residents acquire the skills they need to launch their careers,” said Cox.

In addition, Cox wants to demand comprehensive community evaluation and planning of affordable housing, jobs and the local economy, local transportation and infrastructure, school and youth services, criminal justice, community/police relationships, reentry programs, health services and senior services. He also wants to establish a series of community events to address pressing needs of the local neighborhoods, which would include college and career fairs, a “My Brother’s Keeper” Community Council and financial literacy programming.

Cox said he cannot stand the fact that in some places in Brooklyn only 2% of students are ready for college or careers. As such, he says all policies should be open for discussion including possible tax credits for parents that want to send their children to private schools, especially if they live in districts with underperforming public schools.

“We need to look carefully at how we are failing our students and be sure to put children in front of everything when considering policy. Certainly, all parents should not receive tax breaks, but if a middle- or low-income parent saw that schools continued to fail children in a poor or working-class neighborhood, all options should be considered if they are in the best interest of the child,” he added.

Montgomery is a well-respected and liked lawmaker, and considered one of Central Brooklyn’s elder stateswomen. As such, she has the strong support of many current lawmakers in Brooklyn, and powerful political clubs.

That said, her staff did not return several inquiries as to her positions on issues and vision for the future.

BDS: Bad for New York, Bad for Israelis and Bad for Palestinians

Claims Receivers and Competitors Feast in Millions, While Federation Non-Profit is “Dissolved”