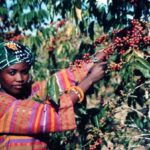 by Brian Good on August 16, 2021
diversityinc.com
When the U.S. Census Bureau released their data from the 2020 Census late last week, it revealed just how dramatically the racial makeup of America has continued to change in recent years.

After analyzing the data, Mike Schneider of the Associated Press reported that “no racial or ethnic group dominates for those under age 18, and white people declined in numbers for the first time on record in the overall U.S. population as the Hispanic and Asian populations boomed this past decade.”
In addition to determining how the nation’s political maps get redrawn over the next decade — a crucial factor for representation that could determine which party controls Congress and possibly even the presidency — Schneider said the numbers also “offered the most detailed portrait yet of how the country has changed since 2010.”

Among the biggest takeaways from the data, according to Schneider and the AP:
Whites no longer make up the majority of the population among children 18 or younger. There is no majority by race within this group, as the breakdown for each race totaled less than 50%.
The number of children in the U.S. continues to decline due to falling birth rates and parents having children later in life. There are now 258.3 million adults in the United States over 18, making up more than 75% of the population — a 10% increase over 2010.

America’s multiracial identity continued to grow, with the number of people identifying as belonging to “two or more races” more than tripling, soaring from 9 million people in 2010 to 33.8 million in 2020. Mixed-race individuals are approximately 10% of the U.S. population or 49.9 million people.
In an interview with Schneider, William Frey, a senior fellow at Brookings’ Metropolitan Policy Program, said the only groups seeing an increase in people under the age of 18 are Hispanics, Asians and people of two or more races. “A lot of these young minorities are important for our future growth, not only for the child population but for our future labor force,” Frey said.

Arturo Vargas, CEO of the National Association of Latino Elected and Appointed Officials Educational Fund, also pointed to the impressive growth of the Hispanic community, saying, “the 2020 Census confirmed what we have known for years — the future of the country is Latino.”

Nicholas Jones, a Census Bureau official, also remarked on the changing demographics of America, saying, “the U.S. population is much more multiracial and much more racially and ethnically diverse than what we have [ever] measured in the past.”