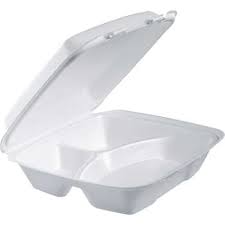 The average global temperature is much higher and rising more rapidly than “anything modern civilization has experienced,” according to David Easterling, one of the authors of a new US government report that delivers a dire warning about our future. Thousands more could die, food will be scarcer, and the US economy could lose hundreds of billions of dollars — or, in the worst-case scenario, more than 10% of its GDP — by the end of the century.

Released Friday, the Fourth National Climate Assessment was put together with the help of 1,000 people, including 300 leading scientists, roughly half from outside the government. It comes from the US Global Change Research Program, a team of 13 federal agencies, and is the second of two volumes. The first, released in November 2017, concluded that there is “no convincing alternative explanation” for the changing climate other than “human activities, especially emissions of greenhouse gases.”

The report breaks down the possible impact of climate change by US region and looks at the effects climate change will have on health, economy and infrastructure. Here are some of its key predictions

Farmers will face extremely tough times. The quality and quantity of crops will decline across the United States due to higher temperatures, drought and flooding. In parts of the Midwest, farms will be able to produce only about 75% of the corn they produce today, and the southern part of the region could lose more than 25% of its soybeans. By 2100, higher temperatures in places like Yolo County, California, could make it too hot to cultivate walnuts. Climate change could also severely limit almond production in California.

Heat stress, which cost the dairy industry $1.2 billion in 2010, will become an even bigger issue, potentially causing average dairy production to fall between 0.60% and 1.35% over the next 12 years. Livestock for meat could struggle to find plants to graze on, and heat stress could impact their numbers.

Fish stocks overall may decline as red tides — algae bloom that deplete oxygen in the water and can kill sea life — become more common. It was a red tide that triggered a state of emergency in Florida in August. The coral reefs that support diverse fish life off the Florida Keys are already declining and could be lost in the coming decades due to higher temperatures. River fish could also die off; higher temperatures have already led to die-offs due to proliferative kidney disease. Warmer temperatures were a problem for endangered sockeye salmon and Chinook in the Columbia River when they suffered a serious die-off in 2015.