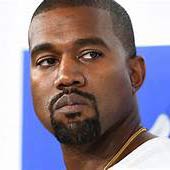 US Governors like Andrew Cuomo, New York; Phil Murphy, New Jersey; Gavin Newsom, California, are reviewing their Executive Orders about lockdowns; social distancing and essential work places are in force. They are reviewing gradual rollback efforts coming into play on May 15. Those are states where— as of this press date—the virus hospital admissions, treatment numbers have flattened.

Hospital admissions for the virus are traveling south in many states. Yet, rogue governors in Texas, Florida and Georgia, at President Trump’s apparent urging, have lifted lockdown orders, encouraged people to return to tattoo and hair parlors and barber shops, where 6-foot distancing is impossible. Atlanta Mayor Keisha Lance Bottoms called Governor Kemp’s order premature during a pandemic. A few days later, she receives a text, “N word, just shut up and open Atlanta.” Was the text random, or did it originate from the Georgia Governor’s office or the U.S Attorney General’s office?

Johns Hopkins University monitors COVID-19 data in 185 countries and beyond:
The virus has killed 208,000 worldwide. On April 27, more than 3 million cases of the virus were reported worldwide with one-third of the infections existing in the USA. As of April 28, more than one million infections were reported.

COVID-19 arrives without warning and ruins everything in its path. It has tossed national health systems into disarray, coincidental with collapsing or depleting economies. State treasuries are depleted because of costs of paying to contain the contagion. While the inept US federal government has completed three rounds of economic stimuli, providing monies to the 26 million Americans who have applied for unemployment benefits, to major corporations, and to medium-sized business… to any entity but America’s 50 governors.

The major funds-obstructers to the Governors are Messrs. Donald Trump and Mitch McConnell, the US Senate GOP majority leader, who last week told governors to file for bankruptcy, then added that he would not help needy blue state governors. What’s going on? What’s wrong with this picture that the November 2020 election cannot solve?

COVID-19: THE RECOVERY
A Marshall Plan for America
The COVID-19 recovery in the United States is going to be a long and challenging one, requiring a strong, intelligent President with imagination who has an economic plan appealing to all strata of society, from the very rich to the very poor.

The president must serve all of the people, and understand that this is the time to hit all reset buttons, if change is inevitable. The recovery, like the virus, requires healing. The president must launch a Marshall Plan for America.

So, who’s going to pay the three months back rent for millions of Americans who got a waiver once businesses were shuttered?

Who will underwrite the bill for the necessary mass testing?

Are we ready for the next chapter in the COVID-19 battle: the threatened surge this fall, concomitant with the flu season?

Meet Dr. Kizzmekia Corbett, 34, a viral immunologist at National Institute of Allergy & Infectious Disease, a division of the National Institutes of Health. She is high on the public-health-recovery radar. Corbett heads the scientific team of researchers tasked with the development of a novel coronavirus-COVID-19 vaccine. Born in NC, Corbett graduated from the University of Maryland and earned her PhD at the University of North Carolina at Chapel Hill in 2014.
Dr. Corbett worked on vaccines for SARS and MERS and knows that COVID-19 is in the same family of viruses as SARS and, further, is about 80% genetically similar to SARS. Her team began first-stage clinical trials of a vaccine to battle COVID-19 in March, two months after its appearance, which was the first of its kind in the world and the fastest progress ever toward a possible vaccine for a novel pathogen.

More than 40 worldwide research groups, including the Chinese and Germans, are conducting similar research. If Corbett’s team succeeds after its clinical trials, it would produce a working vaccine, which would prevent COVID-19 infection, for use by early 2021. Her work would result in the coronavirus being relegated to a preventable disease.

At press time, Oxford University scientists say they could have a vaccine for coronavirus by September.

Donald Trump is doing a fine self-destruct job as he preps for the November election revealing his inability to manage the worst crisis of his administration! His daily TV coronavirus updates— which characterize his off-the-rails behavior and his faux pas last week, when he advised Americans to consider ingesting disinfectants like Lysol to extricate COVID-19 from their bodies—contribute to his tanking presidential poll numbers. A 17-state survey commissioned by the Republican National Committee has his handlers nervous.

The Republicans are defending 23 Senate seats this year. The Democrats need to win only four of those seats for a Senate majority. Also, Trump’s poll numbers could bring down GOP US Senators in Arizona, Colorado, North Carolina, and Maine.

The picture is just as gloomy for GOP US Senators McConnell from Kentucky, whose Democrat opponent is Amy McGrath, a former marine fighter pilot and politician, and for S.C. Senator Lindsey Graham, whose opponent is African American politico Jaime Pressly. Those two Dem contenders have raised more monies this year than their incumbent adversaries.

Biden names his female Vice President choice by tomorrow, May 1. Black leaders like SC Rep. Jim Clyburn and Al Sharpton are pressing for a Black woman Veep in a bow to the Democratic base. Will she be US Kamala Harris or Georgia’s Stacey Abrams (who was this close to a 2018 Georgia gubernatorial victory).

National polls show that 70% of the Black electorate say that it makes no difference to them. Perhaps, Biden can speculate about African Americans for Cabinet posts like Defense; Treasury; Attorney General and Homeland Security.

BLACK ENTERPRISE
Kanye West did not make Forbes Magazine’s 2020 billionaire list of 2095 names. West sent the magazine an itemized list of his assets —G.O.O.D. music label, Yeezy fashion empire, the Adidas collaboration, land and real estate holdings, cash and stock. Forbes concluded that he was indeed a billionaire, whose net worth is $1.26 billion.

West joins Jay-Z, the other HIPHOP one-man conglomerate, who made the 2019 and 2020 Forbes billionaire lists. High net worth HIPHOP moguls Dr. Dre ($800 million) and P. Diddy ($740 million) are headed for Forbes B-list.