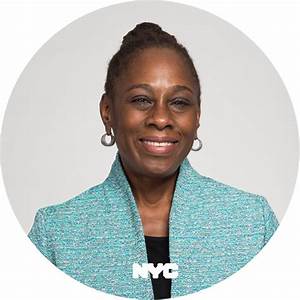 Just wanted to expand the Jarrett/Roseanne blog, its ramifications and Roseanne’s pink slip.     Checked Valerie’s biography and got the following, regarding the ire which she has aroused among right-wing American conservatives.    She was born in Iran on November 14, 1956 to African-American parents Barbara Bowman and Dr. James Bowman, MD, who headed a hospital in Iran. The young Valerie spoke Farsi, French and English fluently. Her family relocated to England when she was 5, about 10 years before their return to the United States. Jarrett’s early childhood background implies a closeness to Iranian culture. Oh, what a crazy world. Her background is red meat for conspiracy theorists, usually short on critical thinking and long on gullibility.

Congressman Keith Ellison announced on June 5, after six terms in Congress, that he will run for Minnesota’s Attorney General this year and is no longer interested in congressional reelection.   Ellison, 54, is an African-American Muslim who ran and lost the race for Chairman of the Democratic National Committee in 2016. He is in an uncomfortable relationship with Thomas Perez, who defeated him as DNC Chair. Perhaps the state contests are where we should focus our interests.

Seems like it’s a foregone conclusion that Tish James is Albany-bound and about half a dozen politicos eager to succeed her as NYC Public Advocate. Democratic insiders say that a Latino should man the position. Names bandied about include City Councilman Richie Torres, Bronx Boro President Ruben Diaz, Ydanis Rodriguez and erstwhile City Council Speaker Melissa Mark-Viverito.  Non-Latinos who are potential Public Advocate contenders include Brooklyn Boro Prexy Eric Adams and NYC First Lady Chirlane McCray, who probably won’t run for public office until her husband completes his mayoral term.

Debra Lee, Chair/CEO of BET (Black Entertainment Television), exits the company after 30 years. Lee started as a BET attorney who became Chair/President/CEO after BET was sold to Viacom for about $3 billion. Last December, Viacom announced that Scott Mills was named BET President.

The Doleys, owners of the historic Madame CJ Walker Mansion, have scheduled an estate sale on June 15/16 at Villa Lewaro, located at 67 North Broadway, Irvington, NY. Contents of the sprawling 30-room mansion includes centuries-old antiques, fine art – American, European and African – and assorted memorabilia are among the sale items.   Built by Madame Walker, America’s first self- made woman entrepreneur and millionaire in 1918, the mansion is called Villa Lewaro. An African-American philanthropist, Madame Walker made her fortune manufacturing hair care products for Black women. For more info, call 914.255.5776.

International literary cognoscenti will want to read the June 4-11 New Yorker magazine profile by Larissa MacFarquhar. “Writing Home” and Chimamanda Ngozi Adichi’s “Global Fame” and learn about her life since our last bond with her while reading her novel AMERICANAH or viewing her in a TED talk.     Chimamanda battles bouts of depression between writing, married a Nigerian medical doctor, is a mother of a 2-year-old daughter.  She and her husband commute between Lagos and Maryland year-round. An Igbo, she is probably Africa’s second-most widely read literary lion, the first being fellow Igbo Chinua Achebe, who wrote a blurb for one of her books.    Chimamanda Ngozi Adichi’s other novels are HALF A YELLOW MOON and PURPLE HIBISCUS.

Kamoinge presents BLACK WOMEN: POWER AND GRACE at the Gregg Galleries housed at the National Arts Club, located at 15 Gramercy Park South, Manhattan, from May 28 to June 30. Founded in Harlem in 1963, the Kamoinge Collective is a group of African-American fine arts photographers who document the Black experience: family life, arts and politics. Some Kamoinge members include Tony Barboza, Adger Cowans, Ming Smith, June DeLairre and Russell Frederick. The exhibit includes works by photogs such as Delphine Fawunda, Laylah Amatullah and Lola Flash.   For more info contact Russell Frederick at Lamoinge.russell@gmail.com.

Theater and film buffs and enthusiastics alike will succumb to the excellent documentary film “King of Stage, The Woodie King, Jr. Story,” which will be screened at the Dwyer Cultural Center in Harlem, located at 258 St. Nicholas Avenue at 123rd Street, on June 18 at 7 pm.     Woodie King is the theater and film impresario who founded the New Federal Theatre, and who has produced more than 300 productions, on and off-Broadway, during close to 50 seasons.   “For Colored Girls Who Have Considered Suicide when the Rainbow was Enuf,” “Checkmates” and “What the Winesellers Buy” are among King’s theater classics.  [Visit newfederaltheatre.com]

The Office of Brooklyn Boro President Eric Adams will co-host “Embrace Your Hyphen” event at their Caribbean-American Heritage Celebration on June 27 from 12 noon to 9 pm at Brooklyn Boro Hall, 209 Joralemon Street, Brooklyn.  Day unfolds with Caribbean Cultural Marketplace on the Plaza at noon, followed by a Symposium at 2 pm, followed by A Taste of Caribbean Cuisine, a Concert on the Plaza and an Art Exhibition. For event details, go to Brooklyn-usa.org/Caribbean-American.